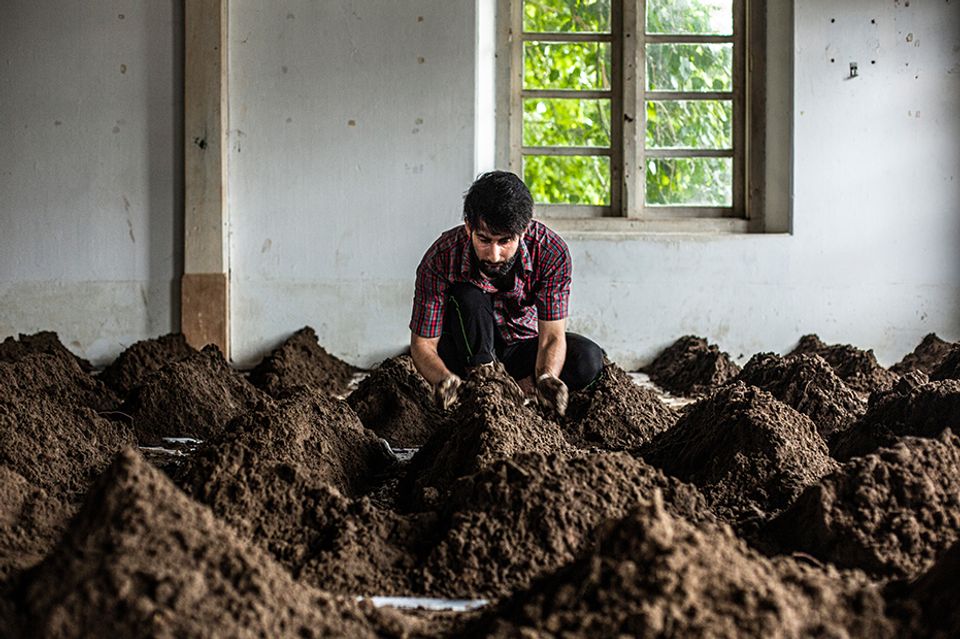 Though they are at opposite ends of the subcontinent, a sudden government-mandated security lockdown in the northern Indian state of Jammu and Kashmir has disrupted an artist residency run by the Kochi Biennale in the country’s south.

The lockdown, now in its second week, began on 4 August and has imposed a restriction of movement within the state and a complete communications blackout, leaving two art students, Asif Haneef Shah and Zaid Meraj Bhat, who were due to partake in a residency in Kochi, trapped in the state and unable to be contacted.

The lockdown was enforced a day before the Indian government proposed an order to abolish Article 370 of the Indian constitution, a 1954 law that grants the state of Jammu and Kashmir, the country's only Muslim-majority state, a semi-autonomous "special status", including its own constitution and flag, alongside a rule that only permits permanent residents of the state to own property there. Kashmir has long been caught in the centre of a conflict between India and neighbouring Pakistan; both claim territory in the Himalayan region. Two official wars and continuing unrest has led to Kashmir becoming, by many estimates, the most heavily militarised zone in the world.

In a speech made on 15 August—Indian Independence Day—Narendra Modi, the country's prime minister and leader of the right-wing Bharatiya Janata Party (BJP), said that Article 370 had caused "separatism, terrorism, dynastic politics and corruption". Modi’s decision to split the state into two union territories and strip it of the ability to create its own laws has received significant pushback from both within and outside Jammu and Kashmir. A petition, which has been signed by eminent Kashmiri professionals including Anuradha Bhasin the executive editor of Kashmir Times, the theatre and film artist M.K. Raina and the photographer Jayant Ugra, states that the government’s decision was “made in stealth and used coercive means”, is "unconstitutional and in violation of the historical promises made to the peoples’ of Jammu and Kashmir by the Union of India" and "amounts to an authoritarian and undemocratic rejection of all norms of democracy".

“We feel like we have lost our identity,” says 26-year-old Owais Ahmed, one of three students who managed to escape Kashmir before the lockdown. Ahmed tells The Art Newspaper that he left for Kochi early, anticipating a delayed journey due to rumours sparked by an influx of armed forces into the region in the week before his departure. Despite being stopped on the way to the airport by security forces, he managed to leave Kashmir a day before its borders closed and joined two of his classmates, Mir Lateef and Ushmayo Dutta, in Kochi.

Ahmed, Lateef and Dutta are part of the second half of a 10-strong cohort of students from the University of Kashmir’s Institute of Music and Fine Art, who exhibited work at the 2018 Students' Biennale which runs parallel to the Kochi Muziris Biennale, Asia’s largest contemporary art festival. Chosen to partake in a month-long residency at Pepper House in Fort Kochi, run by the Kochi Biennale Foundation, they will remain in Kochi until at least 31 August.

Gautam Das, the assistant director of programmes at the Kochi Biennale Foundation, says that while the foundation is open to receiving the two remaining students at a later date, due to the unprecedented nature of the lockdown there is no real way of knowing when they will be able to come. Furthermore he says, “the grants provided by the foundation are not indefinite, and have an end period”, though he adds this is an issue the foundation are trying to resolve in light of the circumstances. 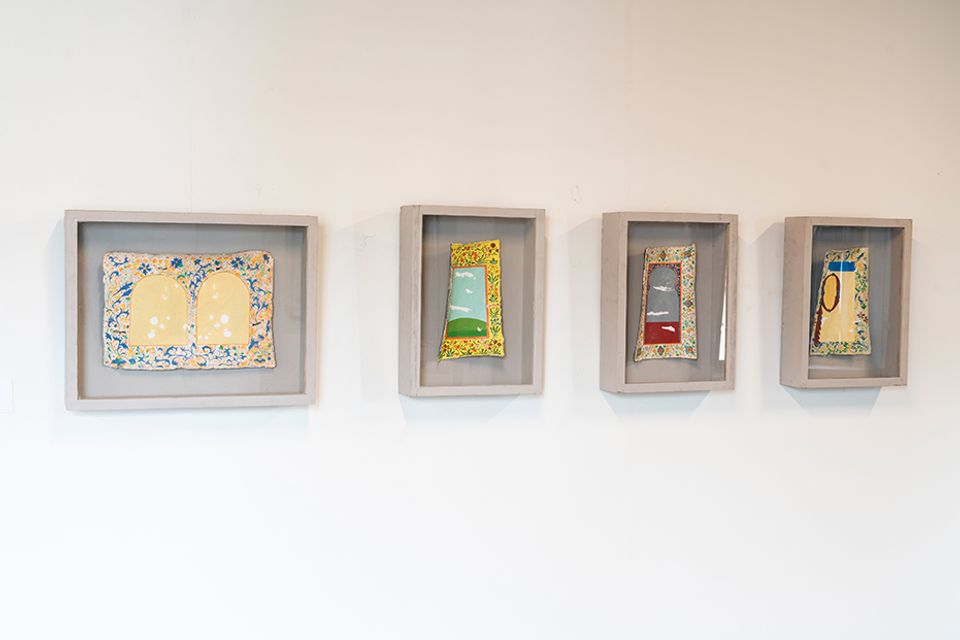 Ahmed centres his art practice around Kashmiri issues, and showed a series of manuscript paintings at the Students' Biennale relating to his uncle who was murdered during a 1996 protest in Kashmir. For the Kochi residency, he plans to create a moving image installation which will be directly informed by the current situation back home, contrasting the physically beautiful scenery of Kashmir's lakes with audio tracks of historic protests and uprisings in the region.

Last Friday, when the curfew was temporarily lifted for the Muslim holiday of Eid—and thousands of protestors gathered in the city of Srinagar, where police opened fire and used tear gas to disperse the crowds—Ahmed was contacted by his family for the first time since his departure. His father received a pass from armed guards and was able to place a short 30-second phone call to his son from a police station to let him know their family was safe.

A group of five students who completed their residency last month returned home to Kashmir on 31 July. Of them, four are now in Kashmir and are unable to be contacted. The fifth, 22-year-old Numair Qadri, left Kashmir for Delhi with his family just days before the shutdown occurred. “People were stockpiling food and medicine as troops entered the valley. My father who is a diabetic and has heart problems was running out of medicine and my mother fell ill during this time so we left", he tells The Art Newspaper. 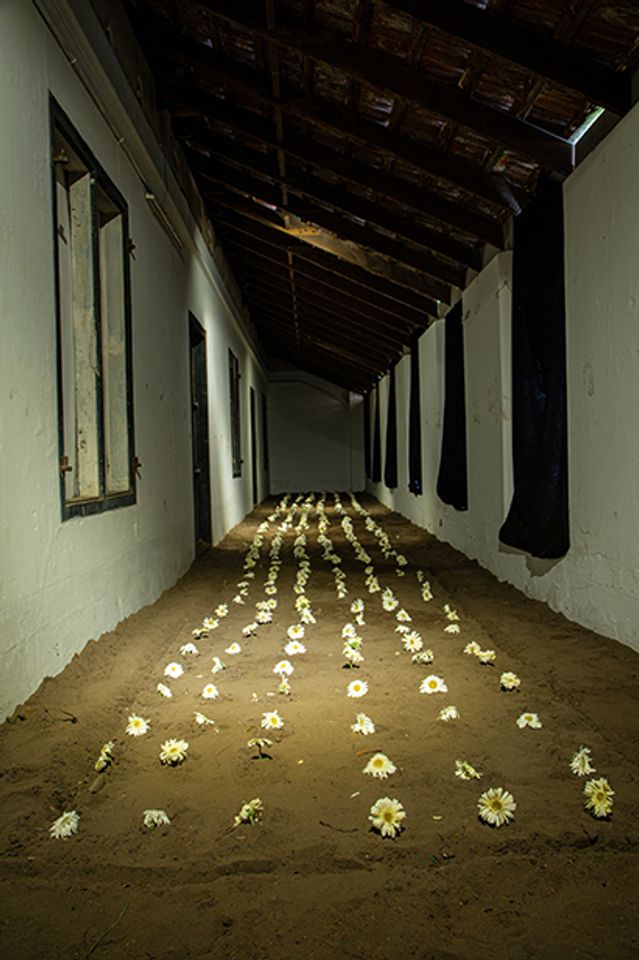 According to Qadri, rumours had already begun to circulate about the lockdown while he was in Kochi, but he and his fellow classmates had "no idea" about the severity of the situation they would face on their return. During his time at Pepper House, Qadri produced an installation based on the mass graveyards where unidentified Kashmiris, often political dissidents, are buried "with a number instead of a name, their faces too disfigured from bullets or bombs to be identified". The work, he says, is about "how you carry a 'memory bag' of all this trauma where ever you go. Even in Kochi, this memory was with me. I couldn't leave that bag in Kashmir." Qadri is now looking for residencies abroad, and is unsure when he will be able to return to Kashmir.

Speaking of his future plans, Ahmed says he is keen to return to his family but explains that Kashmir's political situation places "severe restrictions on artistic production". For example, the state does not provide spaces for performance art, and now under new curfew laws, groups of more than four people are not allowed to assemble. Alongside his residency project, Ahmed is working on his final year thesis, as he is unsure whether he will have internet access and adequate research resources when he returns home.