Kassel haggles over the price of Documenta 14's obelisk 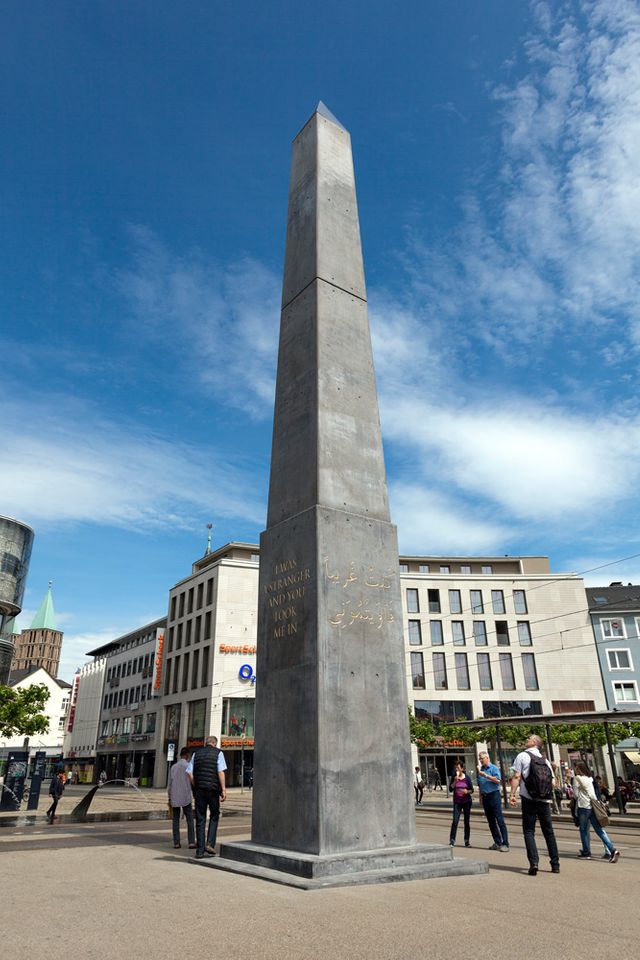 The city of Kassel is negotiating with the Nigerian artist Olu Oguibe to keep his monumental obelisk on the city’s imposing Königsplatz after it featured in this year’s Documenta.

Oguibe has reportedly asked for €1m for his work—a figure that raised consternation in the mayor’s office. Though Kassel itself would not buy the work, it would initiate a fund-raising campaign if an agreement on the price could be reached with the artist.

“We are in talks with the artist and will be ready to go with the campaign as soon as we have an agreement,” says Claas Michaelis, a spokesman for Kassel mayor Christian Geselle.

Oguibe has said he wants the obelisk, which is called Monument to Strangers and Refugees, to stay where it is, Michaelis says. The work commemorates victims of war in general and is inscribed in four languages. Königsplatz is where Johann Wolfgang von Goethe was once refused a hotel room because he spoke French to the innkeeper.

Oguibe’s intent is “a call to action”, reminding viewers that hospitality can save lives and repudiating the bigotry that leads to refugees being turned away in humanitarian crises.