The work by Olu Oguibe calls for hospitality towards refugees 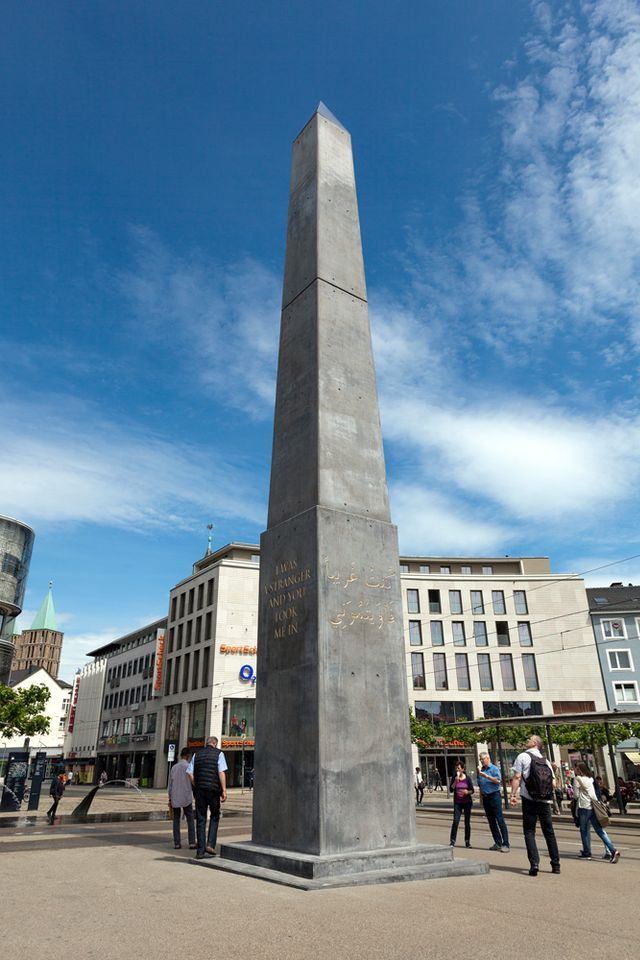 Kassel authorities and the Nigerian artist Olu Oguibe have launched a fund-raising campaign to keep his monumental obelisk on the city’s Königsplatz after it featured in last year’s Documenta, the sprawling contemporary art exhibition that takes place there every five years.

The campaign is seeking to raise €600,000, the price for which Oguibe has agreed to sell his Monument to Strangers and Refugees. The artist said he had offers from other cities in the region for the obelisk, but “the work was designed specifically for Kassel and the public square on which it stands.”

Intended as “a call to action,” the obelisk reminds viewers that hospitality can save lives and repudiates the bigotry that leads to refugees being turned away in humanitarian crises. It commemorates victims of war in general and is inscribed in four languages. Königsplatz is where Johann Wolfgang von Goethe was once refused a hotel room because he spoke French to the innkeeper.

Since 1977, 16 Documenta 14 sculptures or installations have been acquired permanently for the city. While the city has a budget for purchasing indoor works, it does not extend to outdoor art.

This is the first time an artist has joined the fund-raising campaign to buy a work. Kassel’s chief culture official, Susanne Völker, says that the campaign will run for three months and if the agreed sum is not reached, Oguibe will be able to decide whether he is prepared to sell the obelisk for the amount attained. If he rejects it, donors will get their money back.