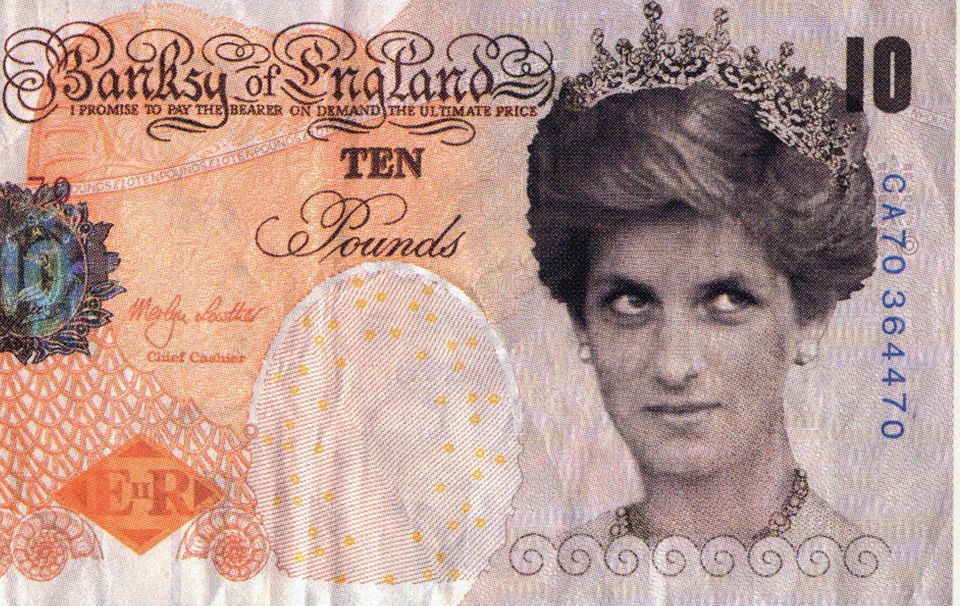 The British Museum has acquired its first work by Banksy. Di-faced Tenner is an imitation UK £10 banknote bearing the face of the late Diana, Princess of Wales, rather than that of the Queen, and is prominently inscribed “Banksy of England”.

Banksy produced the £10 note in 2004, seven years after the death of the princess, intending to use it in a performance. The anonymous street artist, now widely believed to be Robin Gunningham, claimed to have printed 100,000 copies to throw from a building. The banknotes now sell on eBay at prices ranging from £1.99 to £750, although many are reproductions rather than authentic Banksy fakes. The British Museum’s example was donated by Pest Control, the artist’s agent and authentication body.

Perhaps surprisingly, the gift joins the British Museum’s department of coins and medals rather than prints and drawings. The work’s similarities to a genuine £10 note raise questions as to whether its display or reproduction might technically constitute a criminal offence, although an example now belongs to a UK government-funded national museum. The genuine £10 notes on which Banksy based his work were withdrawn from circulation in March 2018, but can still be exchanged for new ones with the Bank of England.

A British Museum spokesman says that there are currently no plans to display Di-faced Tenner. Tom Hockenhull, the museum’s curator of modern money, has reproduced an image of the work in the latest issue of the museum’s magazine.

The acquisition comes more than a decade after Banksy secretly exhibited in the British Museum. In 2005, he installed a mock cave-painting of a Stone-Age hunter pushing a supermarket trolley in the Roman Britain gallery, where it apparently went unnoticed for three days before its removal. Peckham Rock was borrowed back from the artist for the museum’s recent exhibition I Object: Ian Hislop’s Search for Dissent, co-organised by Hockenhull, which closed last month.

Banksy is now among Britain’s best-known artists. His audacious shredding of the £1m print of Girl with Balloon (2006) by remote control at Sotheby’s in London last October has only added to his fame. However, there are no Banksy paintings in UK public collections, according to the comprehensive Art UK online database. He is not represented in the Arts Council Collection, the British Council Collection or the Government Art Collection. Among the few institutions that do own Banksy works are the Victoria and Albert Museum (six prints and stickers) and Bristol Museum & Art Gallery (two sculptures, a painting on metal and a poster).

Even the Tate, which holds the national collection of British art, has not yet acquired a Banksy. When asked why not, a spokeswoman responded: “We do not comment on works and artists that aren’t represented in the collection.” 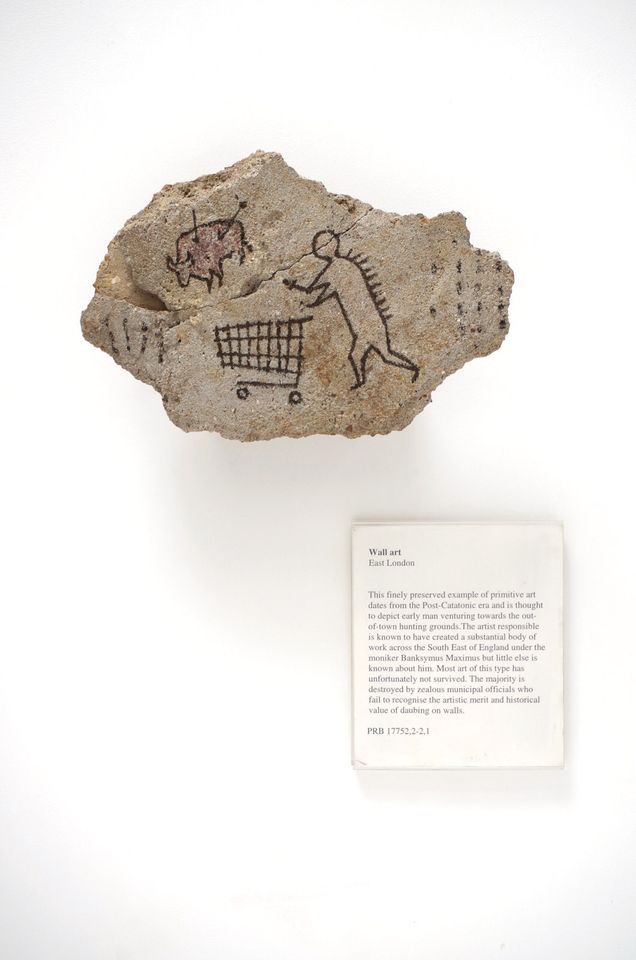 Stephen Deuchar was the director of Tate Britain when the artist staged an intervention there in 2003. Banksy quietly hung his painting Crimewatch UK Has Ruined the Countryside For All of Us on a gallery wall. At the time he commented: “To actually go through the process of having a painting selected must be quite boring. It’s a lot more fun to go and put your own one up. It’s all about cutting out the middle man, or the curator in the case of the Tate.”

Deuchar well remembers Banksy’s stunt: “It was a clever, although at the time a very irksome, act of art terrorism. As a museum director, you worry about the safety of the collection, so any unauthorised intervention can be very dangerous. From the public’s point of view, I am sure it was impressive.”

In his present position as the director of the Art Fund, which supports acquisitions for UK public collections, Deuchar has received no applications for grants towards Banksy works. He says that “it may only be a matter of time”.

Banksy is certainly an unlikely candidate for the acquisition process. “The whole point of Banksy is that he does not operate in the classic institutional sphere and establishment museums are the antipathy of the spirit of his work,” Deuchar says. “I admire Banksy for flourishing outside the conventional realm of museums and galleries, but in the wider public realm.”