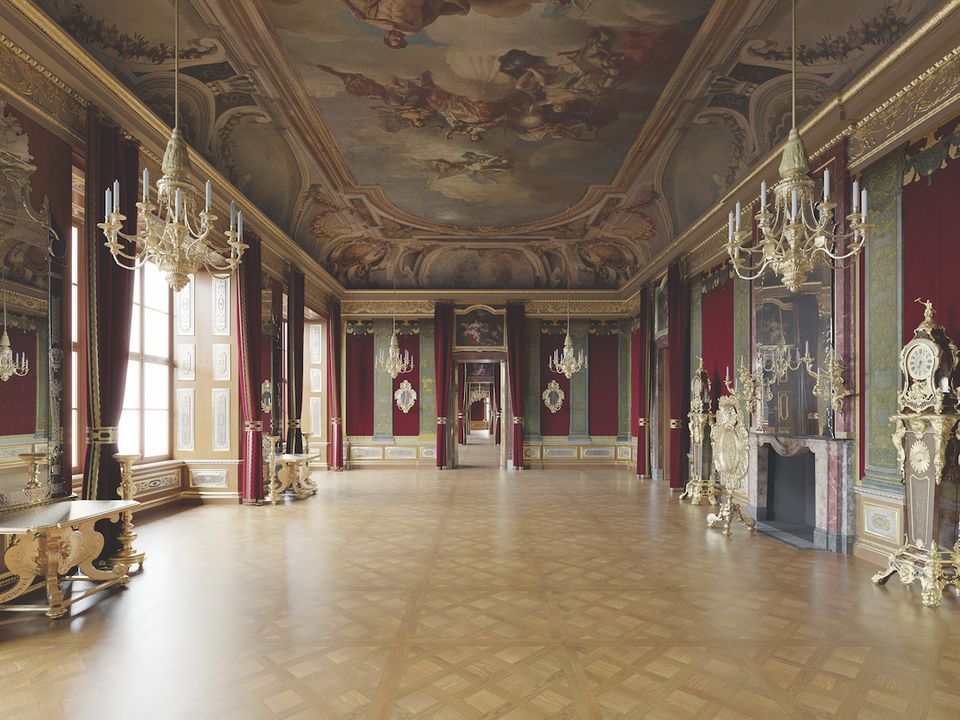 When Augustus the Strong’s son married in Dresden in September 1719, the king donned a suit embroidered with gold thread. This weekend, the costume will be among the exhibits to go on display in the opulent, newly reconstructed suite of royal state apartments that were first unveiled 300 years ago as part of the wedding festivities.

The apartments will reopen to the public on 28 September after a multi-year reconstruction. The grandest rooms in the Residential Palace were completely destroyed—along with much of Dresden’s old town—in Allied bombing during the Second World War. Fortunately, many of the furnishings and even architectural features had been safely stored outside the city, and, like the king’s wedding suit, they have survived. 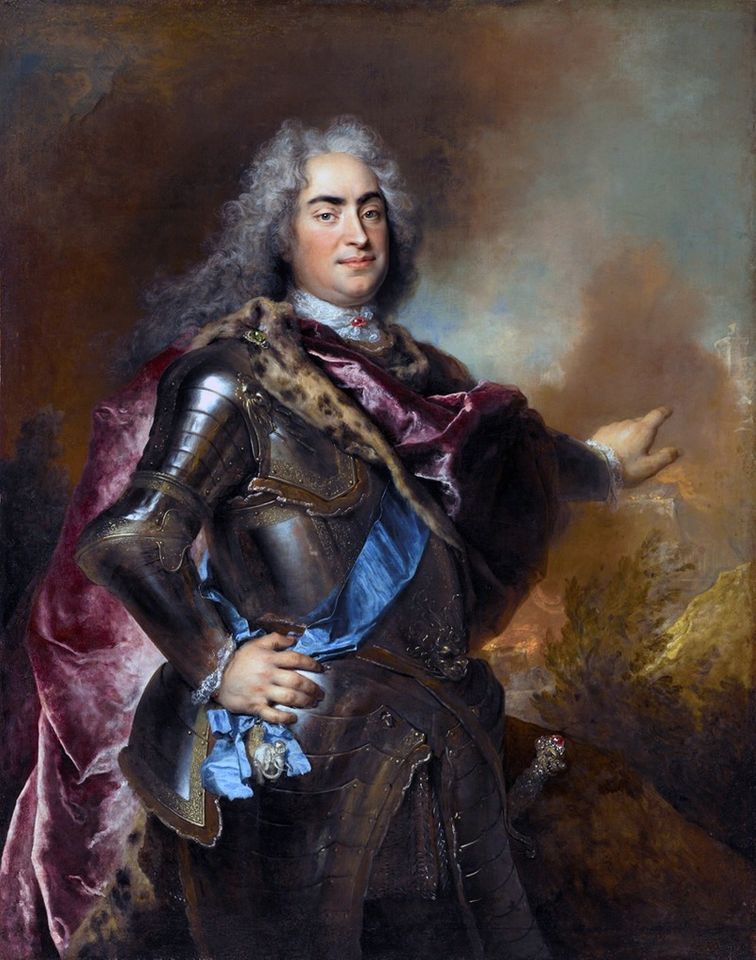 Augustus II the Strong, Elector of Saxony and King of Poland (around 1714-15) by Nicolas de Largillière Collection of Nelson-Atkins Museum of Art

Augustus, who reigned over both Saxony and Poland, hoped that Crown Prince Friedrich August’s marriage to the Austrian archduchess Maria Josepha would bring him protection from the Habsburgs. Tired of battle and disillusioned by his waning power, the king was ready to build a lasting legacy in stone and splendour. That legacy, now known as Saxon Baroque, is what draws crowds of visitors to Dresden’s palaces such as the Zwinger, the summer residence at Pillnitz and the Residential Palace.

For Augustus the Strong, the month-long wedding celebration and opening of the royal state apartments “marked a turning point in his strategy”, says Dirk Syndram, the director of the Green Vault treasure chamber in the Residential Palace. “He decided to try to gain influence with pomp and majesty.”

Inspired by his visit as a young prince to the Versailles of Louis XIV, Augustus upgraded the sparse decor and furnishings at the Residential Palace, with Matthäus Daniel Pöppelmann and Raymond Leplat designing the royal apartments on the second floor of the western wing. The crown prince and his bride never slept in them; the rooms were intended to trumpet Augustus’s power and signal his confidence that his dynasty would endure.

Visitors passed through a sequence of rooms, each grander than the last. They included a large ballroom, the “tower room” where Augustus’s magnificent porcelain collection will once again be exhibited, and a banqueting hall. They culminated in the opulent Audience Chamber (later known as the Throne Hall) and the royal bedchamber. 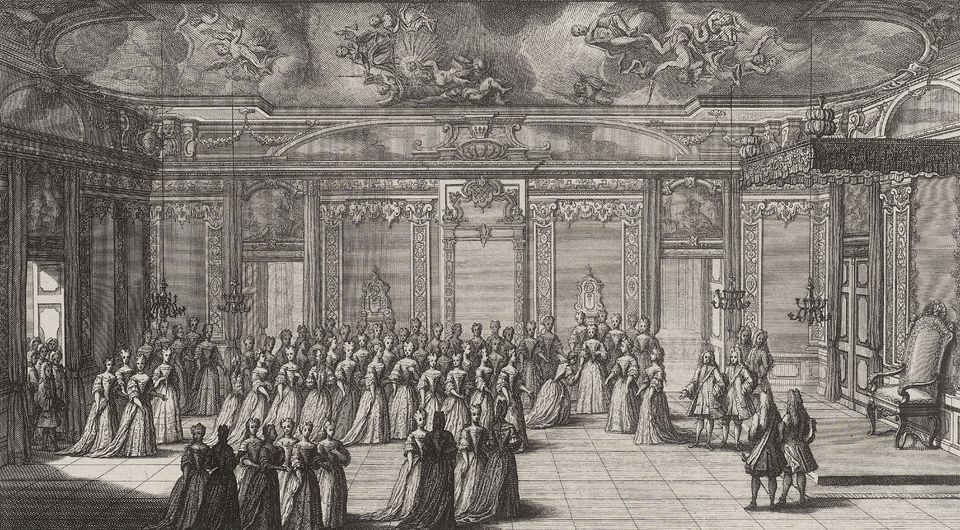 Augustus’s gold wedding suit, in a style known as justaucorps that reflects the influence of Louis XIV, is one of nine of the king’s costumes that will be on view. Other elements that survived the war are the Audience Chair, rare silver furniture, the extravagant gold pilasters of the Audience Chamber and many of the paintings that hung there. An ornate saddle, part of a gift from Louis XIV that also included stallions, will form part of the display, as well as a “living mask” of Augustus created in 1704.

Etchings and drawings dating from the 1719 wedding feast, together with later photographs and documentary sources, informed the reconstruction. Hand-woven replicas of the rich textiles that once stretched across the walls were produced by craftspeople in Lyon, Madrid and Milan.

Thanks to 34 colour photographs taken between 1942 and 1944, the vast canvas ceiling paintings by Louis de Silvestre could also be replicated, Syndram says. “It was a risk... it could have gone wrong,” he says. “I was a bit sceptical—after all, this wasn’t the Sistine Chapel ceiling, it was decoration. But I think it looks very good.”

The decision to restore the state apartments was taken in 1997, and the construction work, managed by the state-owned Saxon Property and Construction Management, began in 2016. The opening is a milestone in the comprehensive reconstruction of the royal palace, which has so far cost more than €340m, financed by the federal government and the Saxon regional government.

In February 2020, Dresden will witness the reopening of the 19th-century Semper Gallery at the Zwinger palace after a major renovation. The gallery is home to such masterpieces as Vermeer’s The Procuress (1656), Raphael’s Sistine Madonna (1512) and Giorgione’s Sleeping Venus (1510).