The Group of Seven artist, a favourite of the comedian and collector Steve Martin, hit his peak at Toronto sale

“One crack of the hammer, one giant leap for Canadian art,” said David Heffel, the president of the auction house Heffel Fine Art, on Wednesday night, as he closed bidding on the record-shattering sale of the evening’s star lot, a landscape painting by the artist Lawren Harris. Mountain Forms, a somewhat somber oil from around 1926, nearly doubled its pre-sale high estimate of $3m-$5m and sold for $9.5m Canadian dollars ($11.2m with buyer’s premium), boosting sales at Heffel’s annual fall auction in Toronto to more than $41m, a figure closer to the New York and London markets. 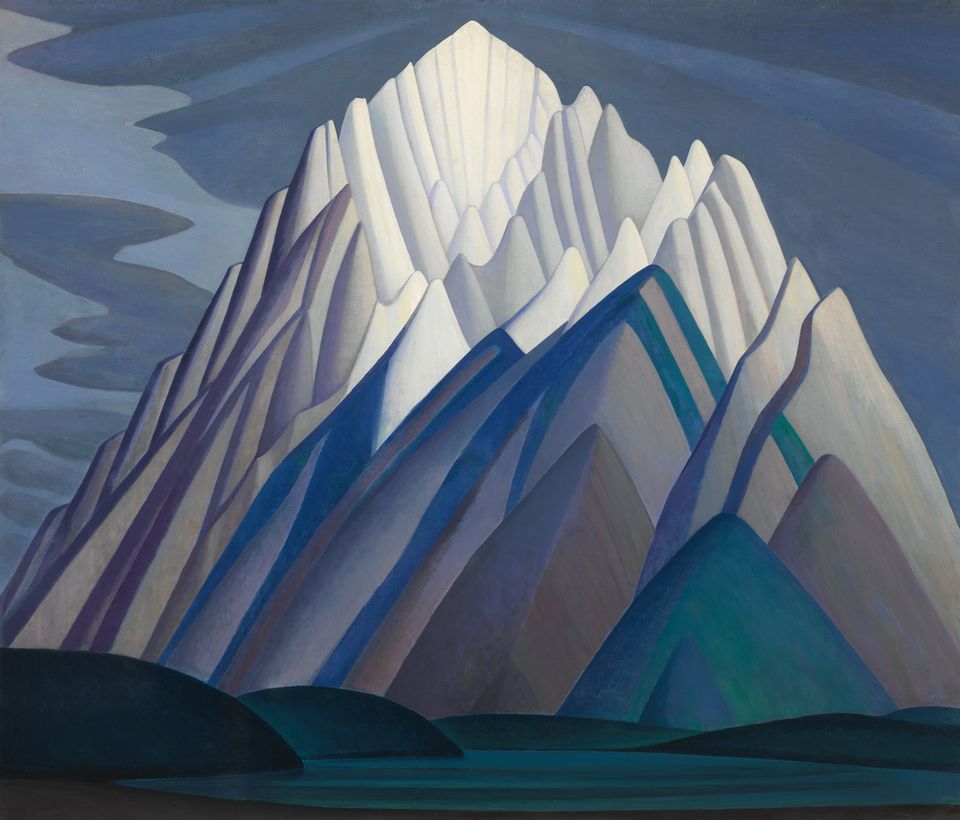 The painting easily eclipsed the previous auction record for Canadian art, which has been held since 2002 by the Irish-born 19th century painter Paul Kane. His 1845-46 wintery panorama, Scene in the Northwest: Portrait of John Henry Lefroy, was hammered down by Sotheby’s in Toronto for just over $5m. Last November, another work by Harris, Mountain and Glacier (1930), came close when it sold for $4.6m.

Bidding for Mountain Forms, which shows a stylised Mount Ishbel in the Canadian Rockies, one of Harris’s favorite haunts, began at $2.5m, then instantly doubled, putting a temporary halt on the proceedings. Once the sale resumed, it quickly picked up, with the work finally going to an unidentified buyer in the salesroom.

“There are no rock stars here,” David Heffel said at the start of the evening sale, “but it’s great to know that Canadian art can be a rock star.” While the room may have lacked actual celebrities, the aura of one could be clearly felt: the comedian and art enthusiast Steve Martin, who has been instrumental in spreading Harris’s work to a broader audience. With the Art Gallery of Ontario’s curator Andrew Hunter, who was on hand for the Heffel sale, Martin co-organised a recent Harris retrospective, The Idea of North, that made stops at the Hammer Museum in Los Angeles and the Museum of Fine Arts, Boston before ending its run in Toronto. Mountain Forms was included in that show.

Before the sale, there was concern that, once sold, the painting will disappear from public view. It was consigned by the petroleum giant Imperial Oil, which acquired it in 1984 from a Montreal gallery for a fraction of its current value. Imperial, “streamlining its corporate art collection”, has previously donated pieces by Harris to Calgary’s Glenbow Museum (Algoma Waterfall) and Canada’s National Gallery in Ottawa (Billboard Jazz). With the American dollar valued significantly higher than the Canadian, there was some speculation that the painting might be acquired by a US museum, but it would require an export permit to leave the country.

Heffel would not reveal the identity of the buyer, but told Canadian media that while the painting had found a new home with “a passionate, dedicated and sincere collector”, he was confident that the public would have the chance see the work again.