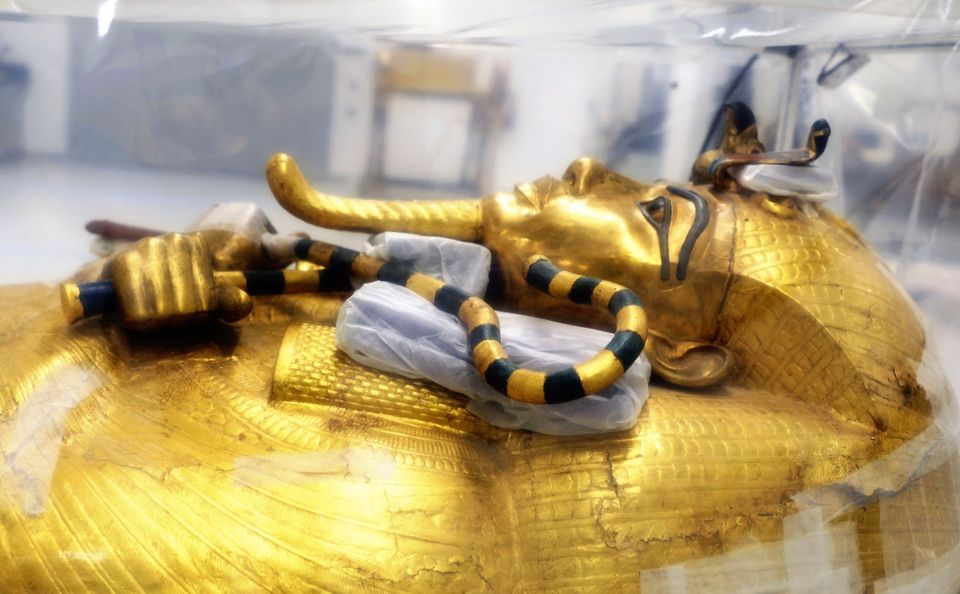 One of the world's most famous ancient artefacts is currently undergoing its first restoration in Egypt. The golden coffin of King Tutankhamun, the young pharaoh who ruled Ancient Egypt from around 1332-23BC, was transferred from its tomb in Luxor to the soon-to-open Grand Egyptian Museum (GEM) in Cairo on 12 July. It is the first time it has been moved since it was famously discovered in the king's intact, treasure-packed tomb by the British archaeologist Howard Carter in 1922.

The two-metre-long coffin was transported on the 650km journey from the Valley of the Kings in the south of the country to the GEM, which is located close to the Pyramids of Giza, under tight security in cooperation with the Tourism and Antiquities Police, according to a statement from Egypt's Ministry of Antiquities.

The decision to move the coffin was made after preliminary examinations inside the tomb revealed that it had developed cracks in its gilded layers of plaster, particularly on the lid and base. The moving team used anti-vibration units to protect the weak structure of the piece and packed the space around it with acid-free materials that absorb humidity, a statement says. After arriving at the museum, the coffin was isolated in a separate room for seven days and then fumigated. The restoration work, which is being carried out in the museum's state-of-the-art conservation centre, will include non-invasive repairs to the plaster and gilding and is expected to take at least eight months. 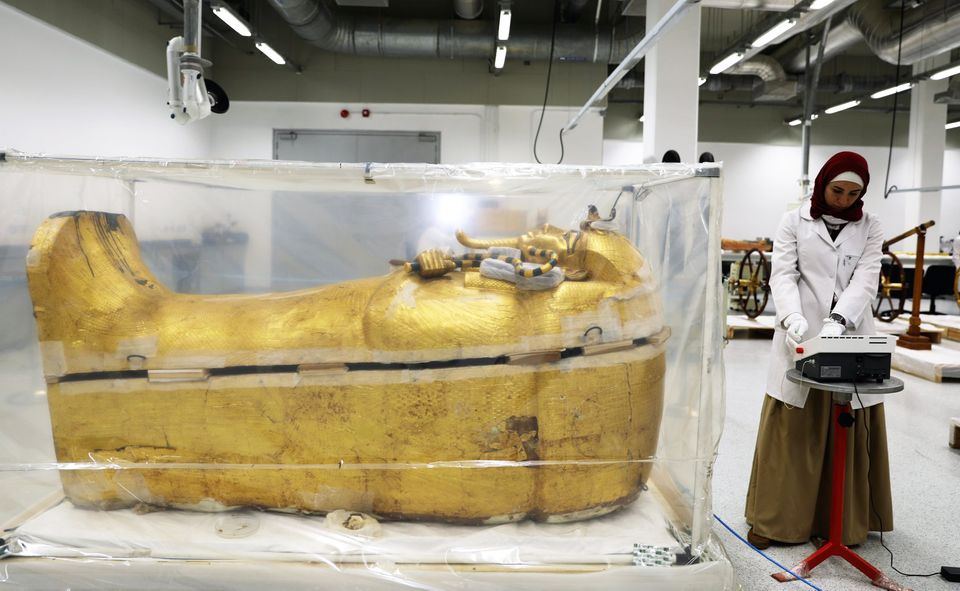 The coffin is part of a set of three, nestled within one another, that were discovered in Tutankhamun's tomb. The innermost coffin, which is mummy-shaped and made of solid gold, and the middle coffin, which is made of gilded wood, were removed soon after their discovery and taken to Cairo's National Museum of Egyptian Civilisation, where they remain on display today. When conservation on the outer coffin is complete and the new museum opens some time next year, the three pieces will go on show together for the first time since 1922.

In addition to Tutankhamun’s coffin, the GEM received 181 artefacts from the National Museum of Egyptian Civilisation on 1 August, according to the local newspaper Al-Masry Al-Youm.