Last night, Sotheby’s confirmed what had been established at Christie’s on Tuesday—the art market looks and feels different from last year, and the number of top works on offer seems to be on the rise.

When combining the results of the Impressionist and Modern and the auxiliary Surrealist sale, the £194.8m (with fees) reached at Sotheby’s last night is the highest-ever total fetched in a London evening auction. 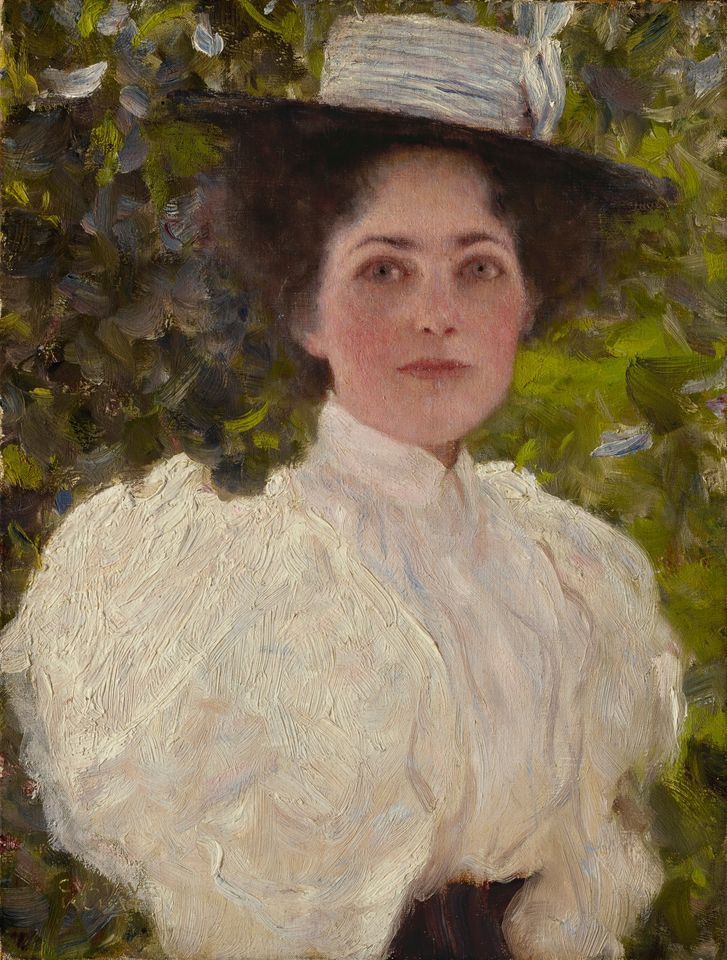 The star of the evening was Gustav Klimt, not only because the Austrian artist’s colourful Bauerngarten (1907) sold for £42.5m (£48m with fees), far above its £35m estimate, but also because his more sober portrait Girl in the Foliage (Mädchen im Grünen) (1896), which had been subject to a now resolved provenance issue, was subject to protracted bidding that saw it sell for £3.7m (£4.3m), just over twice its upper estimate. It had been in the same collection for more than 40 years.

It was a good night for Picasso’s late works too: of the five pieces dating from the 1950s onwards, only one sold for a hammer price under the lower estimate, three were comfortably within range, and one standout, monochrome portrait of Françoise Gilot, Femme assise dans un fauteuil sur fond blanc (1953), crept slowly but comfortably past its upper estimate and sold for £10.6m (£12.1m with fees) after a lengthy phone bidding war between three clients. If we count his other three works in the sale, Sotheby’s total Picasso haul was £54.7m with fees.

A heartwarming episode occurred early on when the Old Master dealer Johnny Van Haeften, who recently shut his gallery to focus on brokering and consulting, secured Theo Van Doesburg’s Contra-Composition VII (1924) for £1.3m (£1.6m with fees) for two buyers, who turned out to be from the Museum De Lakenhal, Leiden, in the Netherlands. They were so visibly thrilled they loudly hugged Van Haeften and almost interrupted proceedings, much to the delight of of the crowd.

Bidding on the top lots seemed to come predominantly through the auction house’s New York specialists, while Christie’s seemed to be attracting more interest from Asian clients on the previous night. The week’s results could be a good sign of things to come in next week’s post-war and contemporary sales.