Ten works are added to the permanent collection, including a striking slavery themed installation by Betye Saar and the museum's first sculpture by Ruth Asawa 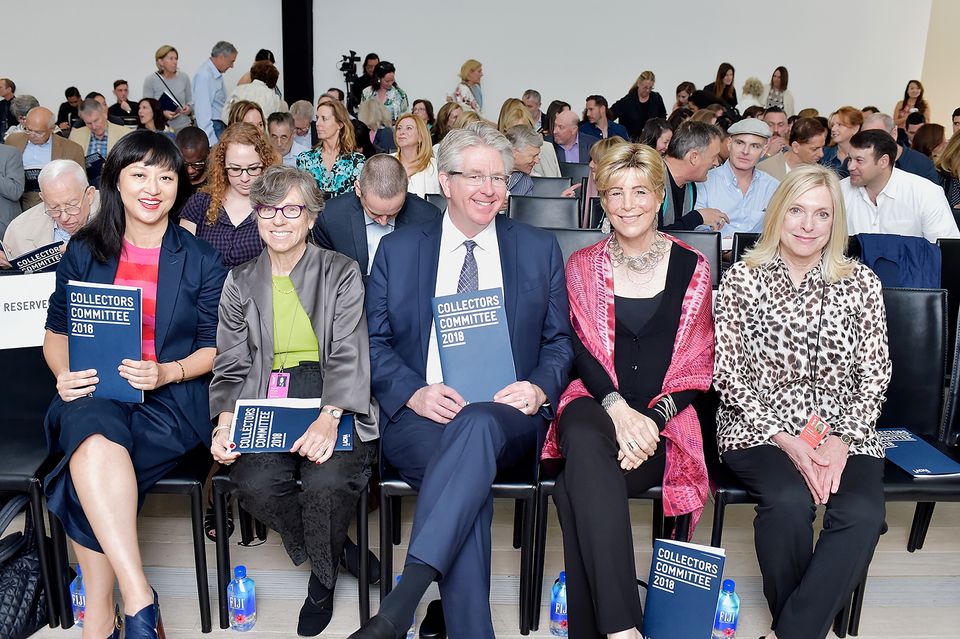 Other major art museums in the US have dedicated acquisition funds. The Los Angeles County Museum of Art (Lacma) has a lively annual event instead called Collectors Committee Weekend. This year’s edition (20-21 April) raised about $2.65m, enough money for the museum to acquire a total of ten works of art across as many different departments. The big difference this time was that of the six acquired works made in the last century, five were by women, with Lacma adding to its collection pieces by Martha Boto, Betye Saar, Jennifer Bartlett and Julie Mehretu and its first sculpture by Ruth Asawa.

The event kicked off Friday night with swanky private dinners at trustees’ homes and wrapped up Saturday night with a gala dinner and small benefit auction at the museum. There, around 100 participants voted on museum acquisitions to be made with $1.9m raised from party ticket sales and auction items, with the extra funds coming from last-minute pledges for particular works.

But the heart of the event, which took place Saturday morning, consisted of ten curators speaking to a room packed with patrons in an unusually direct way about the value—both historical and financial—of the objects proposed for acquisition. In each case, the price and the seller was published. The curators laced their sales pitches with superlatives to highlight each “extraordinary” work of art and the “extraordinary” or “unique” opportunity to acquire it. “They sound like us,” laughed Kaeli Deane, the head of Latin American art at Phillips auction house. 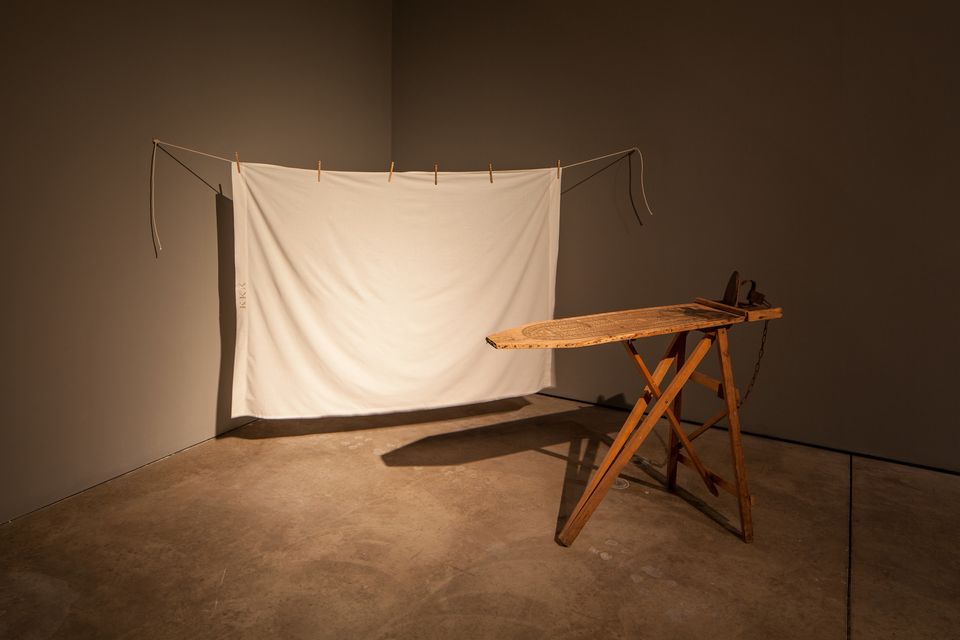 All ten of the proposed works were purchased this year, which is not always the case. Lacma’s Modern art curator Carol Eliel made such a persuasive pitch for Betye Saar’s 1998 slavery-themed installation I’ll Bend But I Will Not Break (offered by her gallery Roberts Project for $96,000), that the former acquisitions chair Lynda Resnick motioned to the museum's director Michael Govan right after and bought it for the museum on the spot. The work consists of a wood ironing board, with a Brookes slave ship diagram from 1788 inked on the wood and a white sheet, monogrammed with the letters “KKK”, hanging in the background. Eliel called Saar, now 92, “one of the world’s most talented artists” who has been undervalued as a black woman artist working in Los Angeles— “three strikes against her, until recently.”

The first-time event-goers Gayle and Tim DeVries also stepped forward to make a purchase for the museum early in the day: a large, kinetic, mirrored sculpture by the Argentine artist Martha Boto recently featured in Dan Cameron’s Pacific Standard Time exhibition Kinesthesia at the Palm Springs Art Museum ($80,000 from the Sicardi Gallery of Houston).

In his remarks, Govan briefly noted the presence of more women artists this year. Christine Y. Kim, the associate curator of contemporary art, who presented Julie Mehretu’s multi-section, multi-layered 2016 print Epigraph, Damascus (sold by Marian Goodman Gallery for $230,000), said it was not an accident: “Together with Michael, the curators at Lacma have been talking about pushing the importance of women artists forward in acquisitions and exhibitions, making sure they are not just back burner but front and center.” Kim is currently working on a mid-career Mehretu show co-organised with the Whitney that will open in 2019; Eliel has a Saar show in the works for 2019. 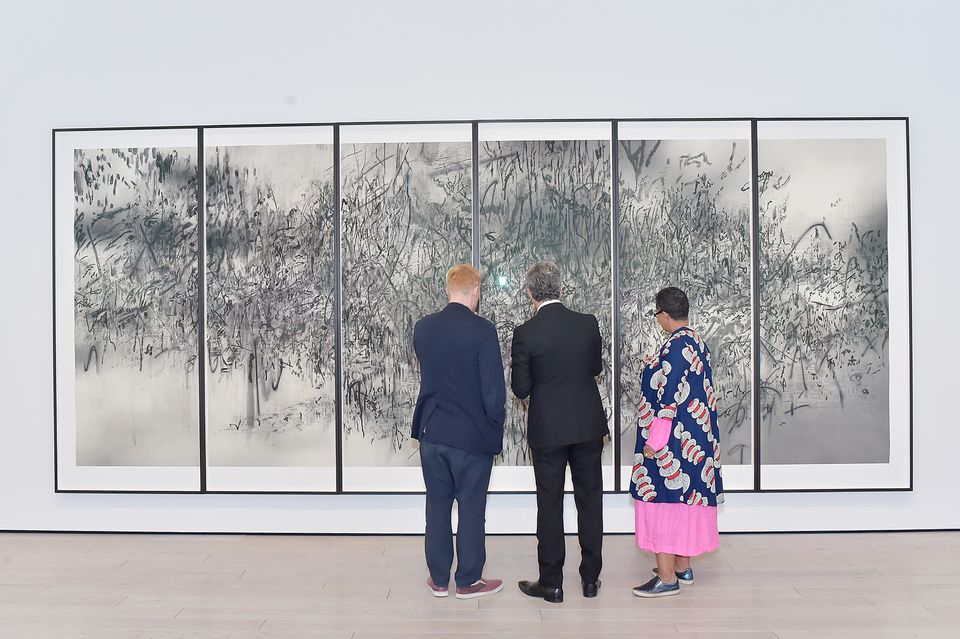 Wendy Kaplan, the head of Lacma’s decorative arts and design department, made a strong pitch for the highest-priced work of the night: a $1m sculpture by Ruth Asawa, who settled in San Francisco but grew up in Los Angeles County and was interned during the Second World War at the Santa Anita racetrack. An early work from 1954, it’s one of Asawa’s rare looped-wire sculptures not in the form of lobes or spheres but open, angular structures that resemble martini glasses. Kaplan called the work “a bargain”, noting that a similar piece recently sold to the Glenstone Museum “for well over $2m” and that the current seller, an Asawa heir, had just offered another $100,000 discount to bring LACMA’s price down further. That night, the Asawa earned the most votes from collectors and was acquired first.

Other acquisitions made this weekend were a 61-piece Jennifer Bartlett “plate painting” called House Piece from 1970 ($250,000 from Thomas Solomon Art Advisory); two carpets and two prints, all lion-themed, by the contemporary Iranian artist Parviz Tanavoli ($39,900 from the artist); a large and stylistically varied array of 29 African ceremonial barkcloth paintings—some as abstract as a Sean Scully canvas, others with whimsical Paul Klee-like markings; a larger-than-life seven-headed Nigerian “forest spirit sculpture” designed to protect the Ijo society from invasion ($298,000 from Edwin and Cherie Silver via Plata LLC); an expressive Bodhisattva scroll painting by the 18th-century Japanese Zen Master and painter Hakuin Ekaku ($325,000 from Shibunkaku of Kyoto) and a large Korean gilt-wood Bodhisattva sculpture from 17th-century Korea ($125,000 from dealer Arnold Lieberman of Santa Fe). Stephen Little, the curator promoting the Korean Bodhisattva, ended his pitch by promising collectors supporting the work that they “will all be reborn”. 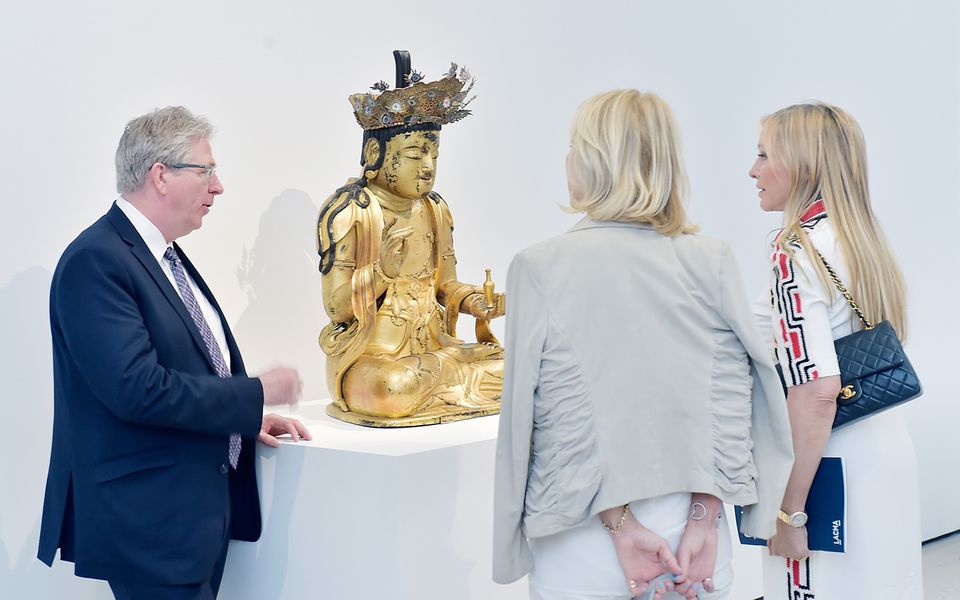 Lacma curator Stephen Little, promoting the 17th-century Korean Bodhisattva, ended his pitch by promising collectors supporting the work that they “will all be reborn” Photo: Stefanie Keenan/GettyImages for LACMA
More NewsTopicsLacmaLos Angeles