The exhibition includes the first series produced by the LA workshop, as well as a collection of prints recently donated to the museum

The second stop of a major exhibition has opened in Los Angeles as part of the 50th anniversary celebrations of Gemini GEL (Graphic Editions Limited), the fine art print workshop and distributor in the city.

The Serial Impulse at Gemini GEL (11 September-2 January 2017) at the Los Angeles County Museum of Art, features a few changes from its first appearance at the National Gallery of Art in Washington, DC, last autumn.

In California, 15 series are on view created at Gemini by 15 artists (two fewer than the NGA show) with some works from the museum’s own holdings swapped in. Lacma has also added the White Line Squares (1966) prints by Josef Albers—Gemini’s first published series, which were shown at the museum shortly after they had been completed. “They’re variations on his well-known Homage to the Square series of paintings,” says Leslie Jones, Lacma’s curator of prints and drawings.

The exhibition will also include most of the 39 prints recently gifted to the museum, with 31 coming from Gemini, seven from Dorothy Lichtenstein, and one from Sidney Felsen and Joni Weyl. 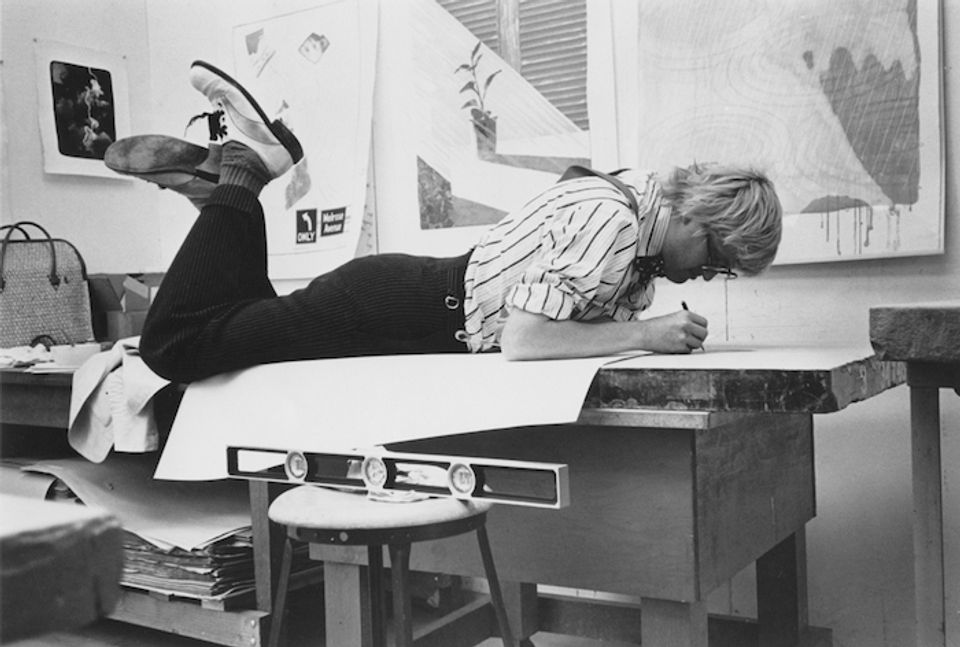 Sidney Felsen, Stanley Grinstein and Kenneth Tyler founded the Gemini workshop in 1966, with a focus on working with artists in depth and sponsoring residencies. They tended to favour artists from New York, especially in the early decades. Artists such as John Baldessari, Vija Celmins, Jasper Johns, Roy Lichtenstein and Claes Oldenburg were eager to spend a few weeks making new work with Gemini.

Gemini has “always been a very vital and innovative force in fine art printmaking,” says Jones. “They were at the forefront of new technology, and never afraid of scale. When they printed Rauschenberg’s Booster in 1967, it was the largest hand-pulled lithograph made.” The image, based on a head-to-toe x-ray of the artist, was nearly six feet tall.