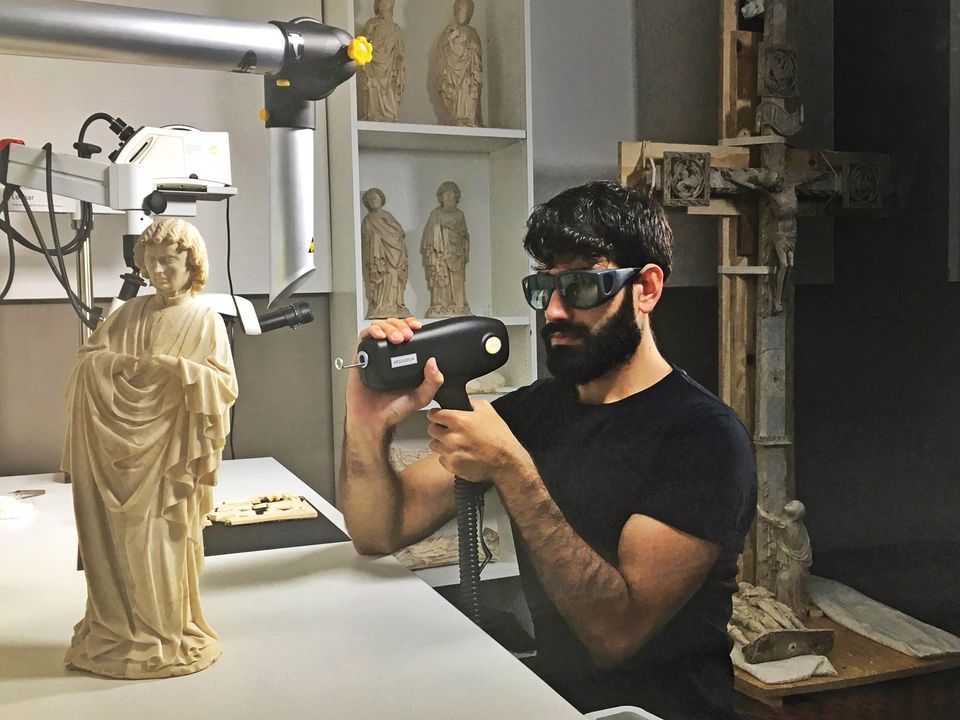 Conservators at Frankfurt’s Liebieghaus museum are restoring the Rimini Altar, one of the best-preserved, largest and most exquisite late Medieval sculptural ensembles made from fragile alabaster. One of the highlights of the Liebieghaus, the altar (around 1430), which gets its name from the church Santa Maria delle Grazie in the Italian city of Rimini, shows Christ on the Cross flanked by six apostles. It was made in France or the Netherlands in the International Style by the so-called “Master of the Rimini Altar”.

In its current condition, the altar is too fragile to travel, says Harald Theiss, the Liebieghaus’s head conservator. “The restoration had become increasingly necessary as time went on; we reached the point where something had to be done,” he says. “It is one of the pieces that is most in demand in terms of loans but we have always had to say no because it is too fragile. After the restoration, we will be able to consider loaning it.”

The work is expected to take three years and was made possible by a grant from the Ernst von Siemens Kunststiftung. The Liebieghaus is collaborating with the Louvre in Paris to use new laser technology that allows a precise analysis of the stone—a kind of DNA-mapping that will enable experts to pinpoint the alabaster’s origin and how it was formed. The museum is also working with the Prado in Madrid, which has experience in using a water-based gel made from agar-agar (a substance obtained from algae) to clean alabaster, which is not water-resistant. Spain is a centre of expertise in handling alabaster because it has a large number of sculptures made of the stone. The Spanish restorer Miguel Gonzalez de Quevedo Ibanez will assist on the project. 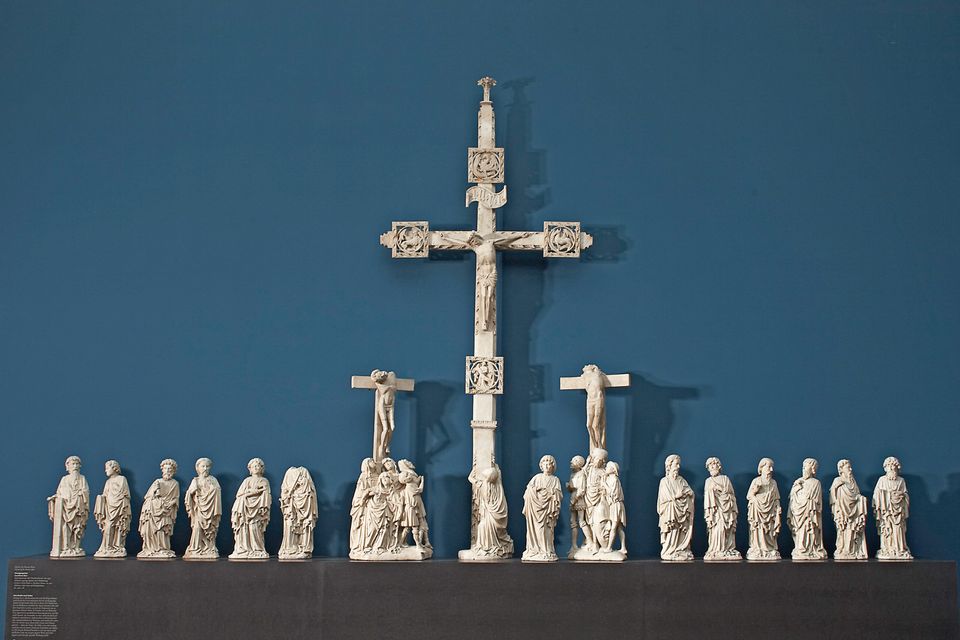 “It looks like white marble, but its chemical make-up is completely different; it is more like gypsum,” Theiss explains. “Alabaster sculptures can only be displayed indoors, but marble is much more robust. That means there are lots of cleaning methods usually used for stone that are out of the question.”

An earlier restoration that took place in the 1960s included a change to its form: Christ’s cross was lengthened and widened with extensions, which has made it less stable and difficult to move. The extensions will be removed, making the altar sturdier, Theiss says. “It looks like yellowish fragmented plaster now, but when we have cleaned it, it will look opulent with an exquisite whiteness.”

The restoration will take place in a workshop in the museum so visitors can watch the treatment except for when lasers are in use.