Throughout his life, he continued to paint and write books, showing his literature-infused art in New York just last year 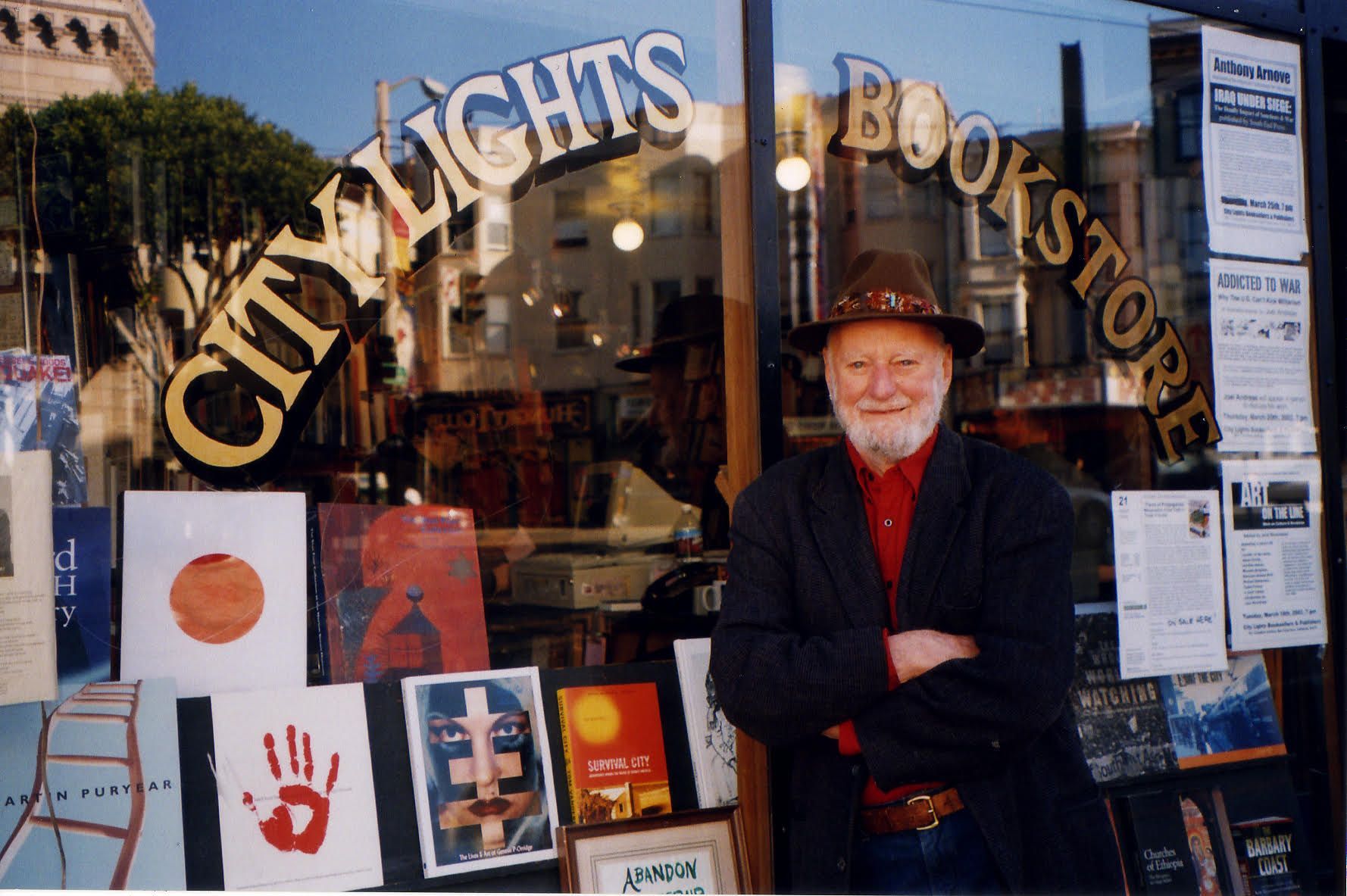 Lawrence Ferlinghetti, the painter and poet most widely celebrated for founding San Francisco’s City Lights Bookstore and publishing Allen Ginsberg’s Howl in 1955, has died, aged 101. Ferlinghetti died in his home in San Francisco’s North Beach neighbourhood and his family confirmed the cause was lung disease.

Born to Italian immigrants in New York, Ferlinghetti’s father died before Lawrence was born, and he was left to live with his aunt Emily and uncle Ludovic. When the two divorced, he moved with Emily to France, though when Lawrence was six, he and his aunt returned to the US where he was left at an orphanage in Chappaqua, New York. His aunt, however, soon retrieved him and the two lived in the household of the wealthy Bisland family in Bronxville, who had hired his aunt to do domestic work in their home. Soon after, Emily abruptly disappeared and never returned, leaving Lawrence with the Bisland family (who coincidentally had lost a young son also named Lawrence years before). The Bislands eventually sent Lawrence to live with yet another well-off family, the Wilsons, who in turn—following a shoplifting incident—sent him to Northfield Mount Hermon, a boarding school in Massachusetts that today maintains a Ferlinghetti Poetry Contest for its students.

Ferlinghetti discovered a love of literature at the school, and decided to attend the University of North Carolina, Chapel Hill, because it was the alma mater of the influential novelist Thomas Wolfe. Ferlinghetti graduated in 1941 with a degree in journalism and joined the Navy later that year. During the Second World War, he fought in the D-Day invasion of Normandy, France serving as a submarine chaser, and he toured Nagasaki, Japan only a few weeks after the atomic bomb was dropped there by US forces. These experiences, particularly witnessing the aftermath of the Nagasaki bombing, turned Ferlinghetti into a lifelong pacifist and anti-war activist. He returned to the US in 1947, attending Columbia University on the G.I. Bill and writing his thesis on the art critic John Ruskin and the painter J.M.W. Turner. From there, he went to France to receive a doctorate in comparative literature from the Sorbonne. 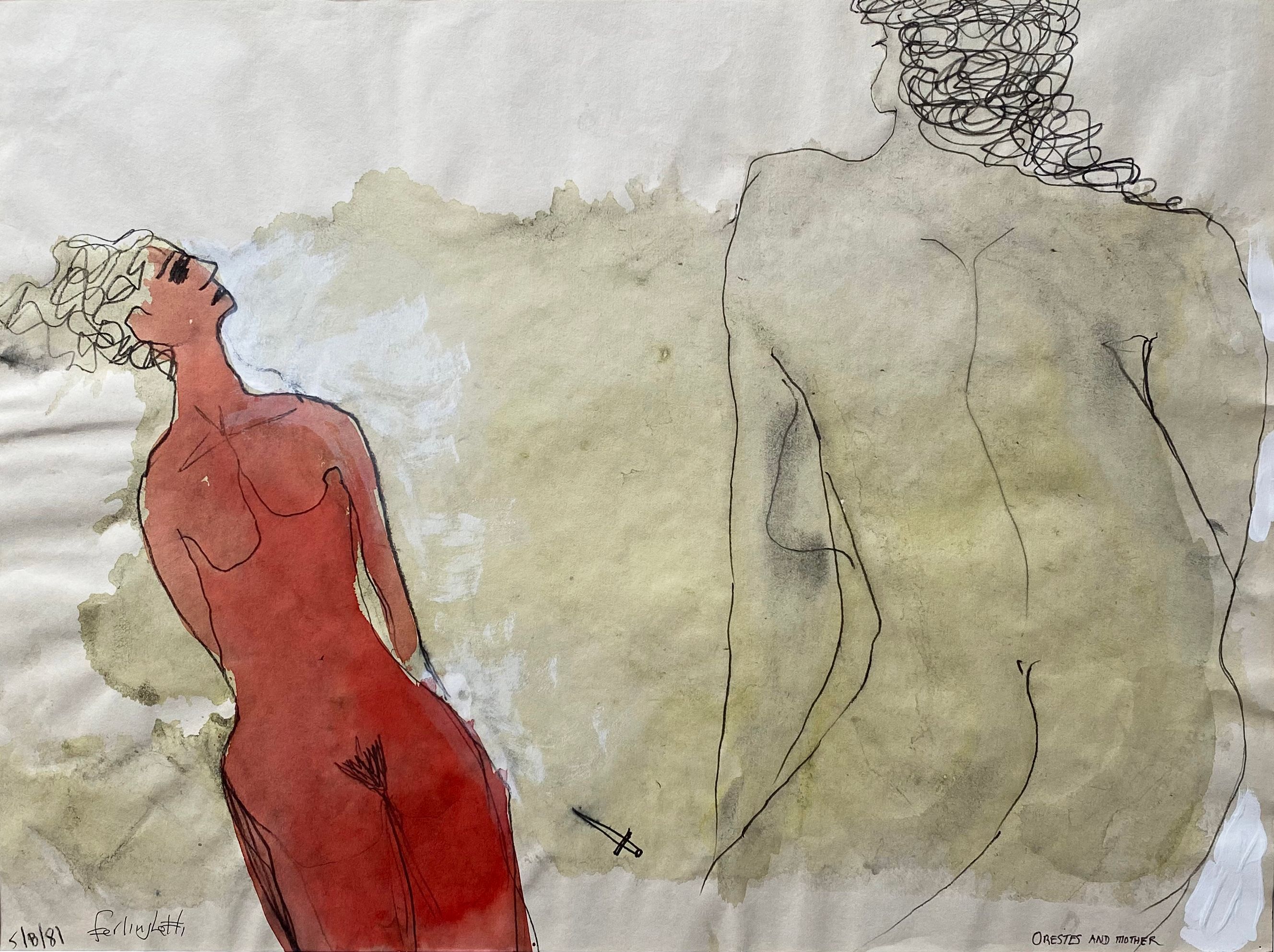 In 1950, Ferlinghetti moved to San Francisco, hoping to make it as a painter. “I was totally on my own, I had a model regularly in my studio at Hunter's Point but there was no instruction,” he told The Art Newspaper in an interview last year when asked if he had formal training as a fine artist. “I used to go to the open studio in Paris at the Atelier Libre but I never had any kind of discipline.” In 1953, Ferlinghetti was walking around the North Beach neighbourhood when he saw a student putting up a sign in a storefront. Ferlinghetti asked what he was doing, and the young man, Peter Martin, said he was opening a bookstore but did not have enough money to do it alone. The two agreed on the spot that they would each put in $500 and co-own the store, and so City Lights was born in June 1953, in the triangular storefront where it still resides today. Martin moved to New York the following year, leaving Ferlinghetti as the store’s sole owner.

With City Lights as a central meeting point, Ferlinghetti befriended the key players of Beat poetry, though he never regarded himself as a member. In 1955, the store began publishing books, and the following year it published Alan Ginsburg’s Howl, which led to Ferlinghetti’s arrest on charges of printing and selling lewd and indecent material. He fought the charges and won, setting a landmark precedent for free speech in the US.

Throughout the rest of his life, Ferlinghetti did not just create a space for art but continued to paint and write books of his own. He published over a dozen books, and his 1958 collection, A Coney Island of the Mind, is one of the all-time bestselling volumes of poetry. In 1998, he was named the Poet Laureate of San Francisco. He also continued to exhibit his paintings and drawings for the rest of his life, many of which melded his love of fine art and literature through both subtle and overt literary references and paintings that depicted classical mythology. The 2019 publication of his most recent book coincided with his 100th birthday—a date which San Francisco mayor London Breed proclaimed Lawrence Ferlinghetti Day—and his most recent exhibition opened at New Release gallery in New York in August 2020, just weeks after his 101st birthday.

about 14 hours ago
Crowds flock to revamped Uffizi Galleries