A complex lawsuit between the financier and art collector Asher Edelman and Washington D.C.’s Geoffrey Diner Gallery has shed some light on the increasingly complicated business of art authentication and repair through foundations.

The complaint says that “on or around September 16, 2015”, the work, which is made of leather belts and neon lights, “suffered severe damage” en route to New York. The work was sent in a shipping container by Bourlet ArtLogistics and was covered not only by Diner’s AXA insurance, but by Edelman’s own policy with StarNet. But in this case, today’s art market has made things difficult. Edelman’s lawyers contend that the only way to repair the work properly is to do so through the 72-year-old artist and his Rome-based Fondazione Calzolari. This would entail authenticating the work, a process that has become ever more fraught in an art world still recovering from the scandal at the Knoedler Gallery.

Anyone submitting a work to the foundation for any reason must first sign an application that waives any right to sue the foundation in perpetuity and to pay any costs or legal fees the artist incurs in connection with the work, perhaps even years after it is resold.

Artists’ rights Furthermore, it is not certain that Calzolari will deem it repairable, or will not later disown it—as many artists have with damaged works. Cady Noland did just that in a high-profile 2012 case—the Visual Artist Rights Act protects an artist’s right to say what is and isn’t their work in their lifetime. 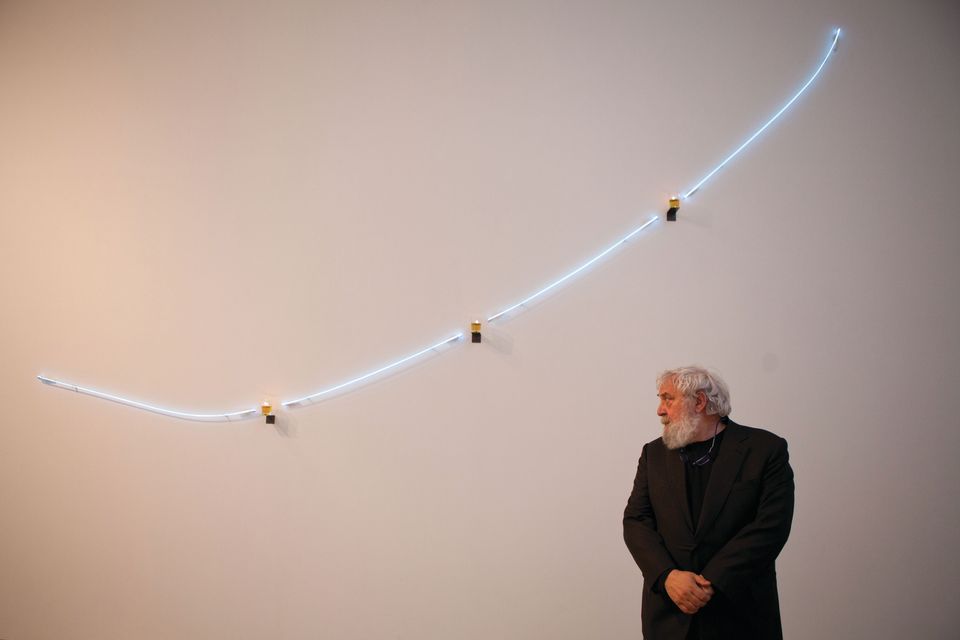 In the transcript of an April conference Edelman’s lawyer Judith Wallace points out that in Italy artists have even greater leeway. “The heirs own the right to decide what is or is not the work of the artist,” she says.

There is also no telling when Edelman will receive his work or his insurance payment. “I’m aware of at least one instance with Calzolari where it’s been sitting there for many years with no response,” Wallace says in a July conference transcript. “So this is not a hypothetical.”

Demand for a guarantee Edelman is now seeking the $550,000 in insurance he is owed if the work cannot be repaired but, more importantly, indemnification against any actions or eventualities that may occur as a result of placing the work before the foundation. Edelman refuses to fill in the application to have the work restored by the foundation before he receives a guarantee that he will not be liable for anything that may result from the authentication or repair process.

“We wanted to be sure Diner and AXA agreed that we were authorised to agree these terms without compromising the claim,” Wallace tells The Art Newspaper, “since insurance policies generally prohibit policyholders from granting any waivers, and that we would not incur any legal risk or liability that might leave the owner worse off.”

Diner’s lawyers are amenable to the idea that it must support this complicated process of restoration. In June they sent a letter to Wallace to confirm that Diner and AXA “shall not take any legal action against the foundation” and indemnify Edelman.

Moving the goalposts Wallace, in a September letter, says that this is not enough, that StarNet must also be involved and that all parties agree not to sue not only the Fondazione Calzolari (which was unavailable for comment) but also Calzolari himself.

“Mr. Edelman keeps moving the goalposts,” Diner’s lawyer John Cahill told us last month. “His lack of co-operation and other actions are enough that he can and should lose any right to recover anything. The gallery and its insurer have nonetheless offered to work with a professional mediator to try to resolve his issues next week, but Mr. Edelman could have long ago had the restoration and payment that is all that anyone with a damaged artwork usually asks for and has a legal right to receive.”