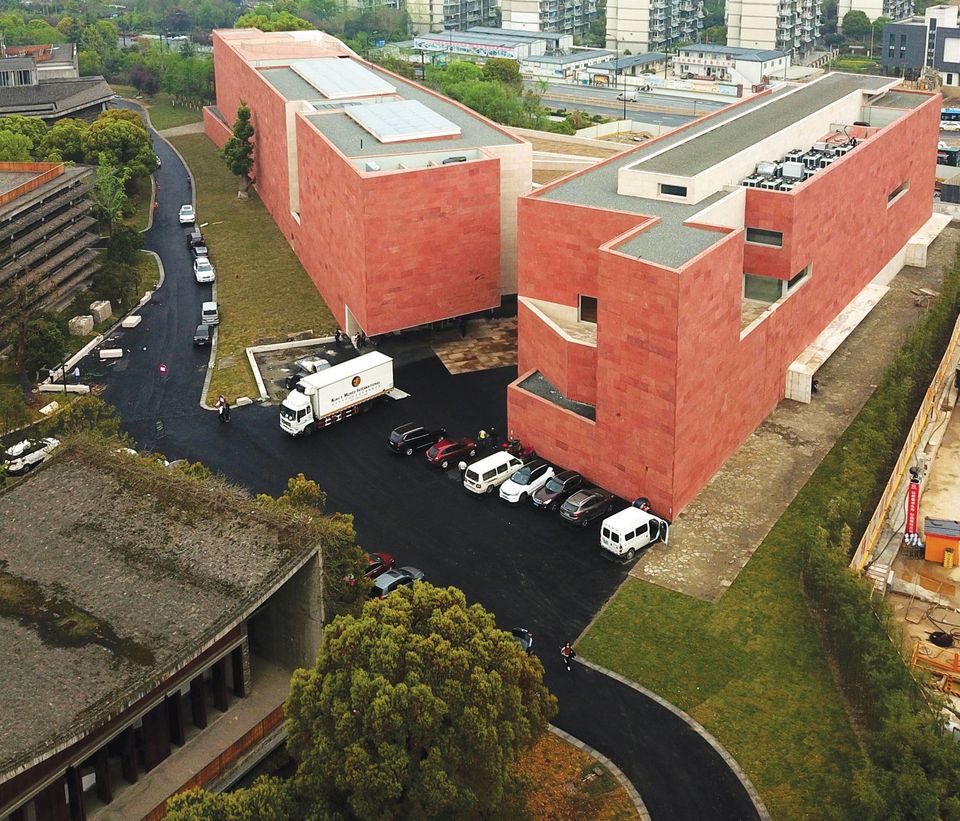 One of China’s top art schools, the China Academy of Art (CAA) in Hangzhou, found a special way to celebrate its 90th anniversary last month—unveiling a dedicated design museum. The China Design Museum opened on 8 April with five exhibitions, including a retrospective of its architect, Portugal’s Alvaro Siza (until 8 July).

Seven hundred works from the museum’s 7,000-strong collection are shown in the gallery Life World: The Collection of Western Modern Design, with sections on chair design, Modern design pioneers and manufacturing for consumption. Bauhaus Imaginista: Moving Away is part of an international research project anticipating the 2019 centenary of the founding of the Bauhaus, with other exhibitions in Kyoto, Moscow and São Paulo and workshops in Rabat, New York, Delhi and Lagos. All sections of the project will come together in a major exhibition at Berlin’s Haus der Kulturen der Welt next year.

Design museums are still a novelty in China—the first, Shenzhen’s Design Society, opened last December in partnership with London’s Victoria and Albert Museum. The Hangzhou museum was created around a collection of “Western Modern design works featuring Bauhaus”, says its assistant curator, Zhang Chunyan, and it has a long-term collaboration with the Bauhaus Dessau Foundation. Chinese audiences must “understand the [Western] origins of Modern design to understand their daily life designed by design”, she says.

The 16,800 sq. m China Design Museum joins the Kengo Kuma-designed Crafts Museum on the academy’s Xiangshan campus, in the south of Hangzhou. “Our country needs a design museum,” Zhang says, “CAA, as a pioneer of social art education, has the responsibility and ambition to realise it”.

Appeared in The Art Newspaper, 301 May 2018
More NewsTopicsDesignChinaChina Academy of Art (CAA)Hangzhou