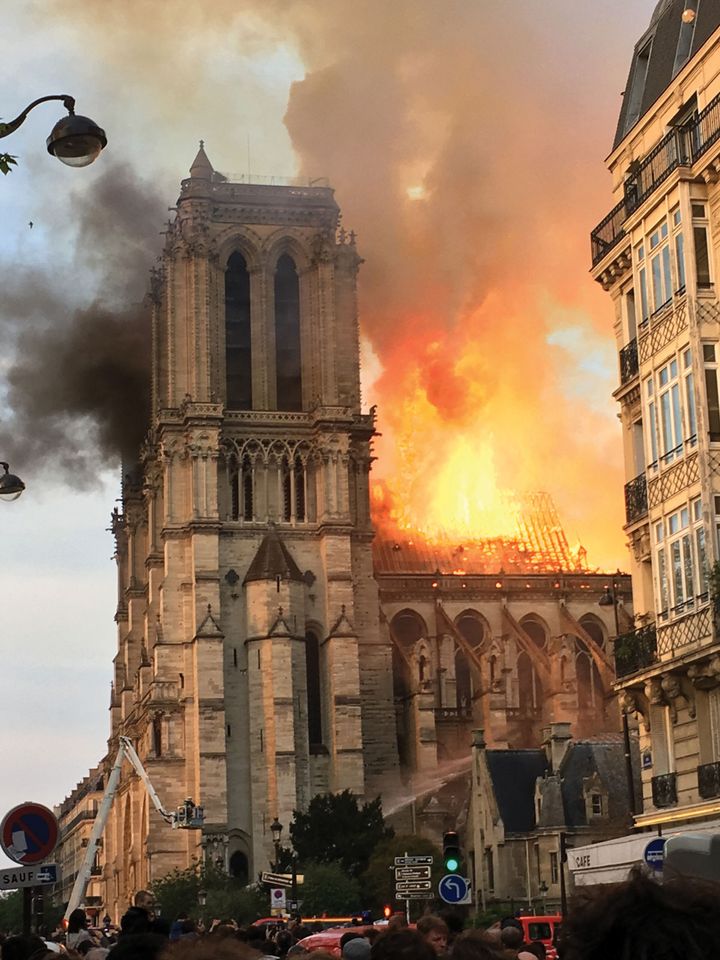 Notre Dame de Paris was ravaged by fire on 15 April

More than 1,000 leading conservators, curators, academics, architects and engineers have signed an open letter urging the French president Emmanuel Macron not to bypass experts in his rush to rebuild Notre Dame de Paris after it was ravaged by fire on 15 April. The 1,169 signatories of the petition, published in Le Figaro newspaper on 28 April, include Philippe de Montebello, the former director of the Metropolitan Museum of Art in New York, the Italian art historian Salvatore Settis and Delphine Christophe, the head of conservation at France’s Centre des Monuments Nationaux.

In a televised address to the nation the day after the fire, Macron declared his wish for the Medieval cathedral to be rebuilt “more beautiful than ever” by 2024—when Paris will host the Olympic Games. The president has also made the unorthodox choice of appointing a retired army general, Jean-Louis Georgelin, as his special representative for Notre Dame. Macron’s council of ministers last week announced an exceptional draft law that authorises the new public body overseeing the reconstruction to make “exemptions or adaptations” to heritage preservation regulations in order to accelerate the process.

In a pointed rebuttal, the experts write: “We know that the political calendar requires quick action, we know how much a mutilated Notre Dame weighs on the image of France. Nevertheless, what will happen at Notre Dame in the years to come concerns us all, far beyond that calendar.”

The petition asks the president to “give experts the time to assess before you announce the future of the monument” and says it is still “too early” to recommend possible solutions to restore Notre Dame. “That will depend on the technical constraints” of the building’s condition, they say, as well as a “scrupulous, considered approach” to the ethics of conservation. “Let us not erase the complexity of thought that must surround this building work with a display of efficiency.”

The letter points out that Victor Hugo’s 1831 tragic novel Notre-Dame de Paris inspired France in the mid-19th century not only to restore the decaying monument but to introduce legislation protecting historic sites. It also denounces the “outrageous deficiency” of public funding for cultural heritage from successive French governments, which has led to “emergency works” being prioritised over “a properly planned approach”. Notre Dame had been undergoing a major renovation at the time of the fire.

The “political machine” unleashed by the Notre Dame fire has heritage specialists “very worried”, says one of the letter’s signatories, Alexandre Gady, a Sorbonne professor and the president of the Sites & Monuments non-profit. Macron has made “a serious mistake” in announcing a target date for the reconstruction, Gady says. “Giving a date is not giving a framework, it’s rushing things… It is Notre Dame that decides.”