Vladimir Lenin is back on display in Berlin. Or at least, his head is. The communist revolutionary’s 19-metre-high statue was dismantled from its place of honour on Leninplatz two years after the fall of the Berlin Wall. The monumental granite head, weighing nearly 4 tonnes, was buried in a woodland, the symbol of a fallen political regime that many wanted to put behind them.

Now it is lying on its side with four metal rods sticking out of the scalp as part of a new permanent exhibition called Unveiled at the Zitadelle, a Medieval island fortress in Spandau in western Berlin. It documents the city’s turbulent history by displaying political statues and monuments that once graced its boulevards, parks and squares, then fell out of favour and were left to decay in burial places or dusty depots.

The monuments have been restored but not repaired. Many of the statues are from the imperial-era Siegesallee (Victory Parade) through the centre of Berlin, where 96 larger-than-life figures and busts in groups of three adorned 32 semi-circular benches positioned at intervals along the boulevard.

Amazingly, these survived the First World War, the 1918 revolution and even the Third Reich. Some were badly damaged in the Second World War. But as part of the Allies’ re-education program after the war, all nationalist and war monuments were to be destroyed. A committed heritage preservationist, Hinnerk Scheper, managed to have most of them buried in the grounds of the Bellevue Palace near the Tiergarten, saving them for posterity.

These now fill three exhibition halls in the carefully converted provisions storehouses of the Spandau Zitadelle. Frederick the Great is missing an arm while his pleasure-loving nephew and successor, Frederick William II, is headless. Otto von Bismarck has never been found. 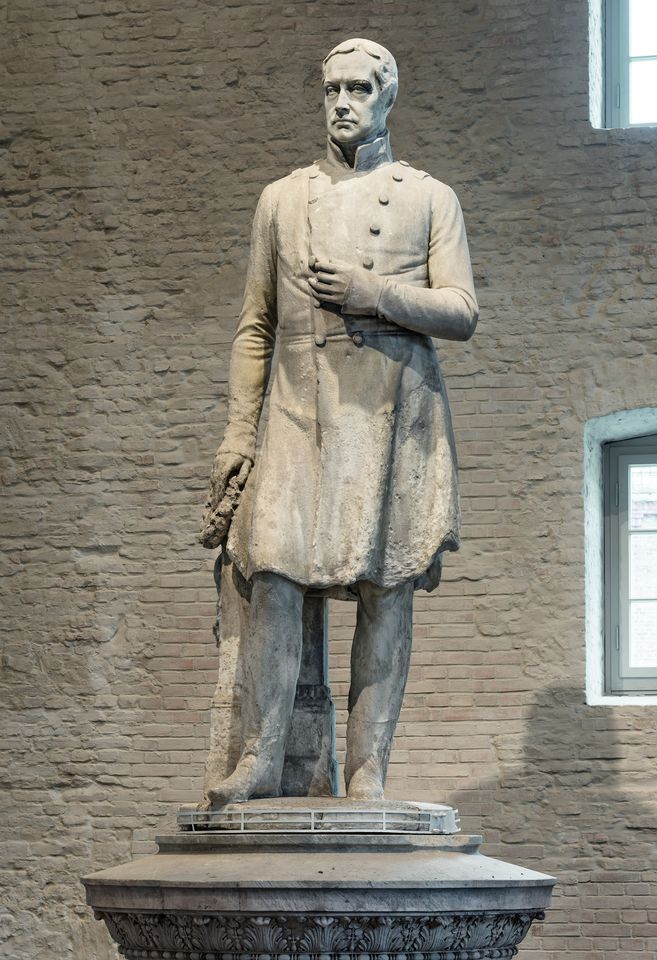