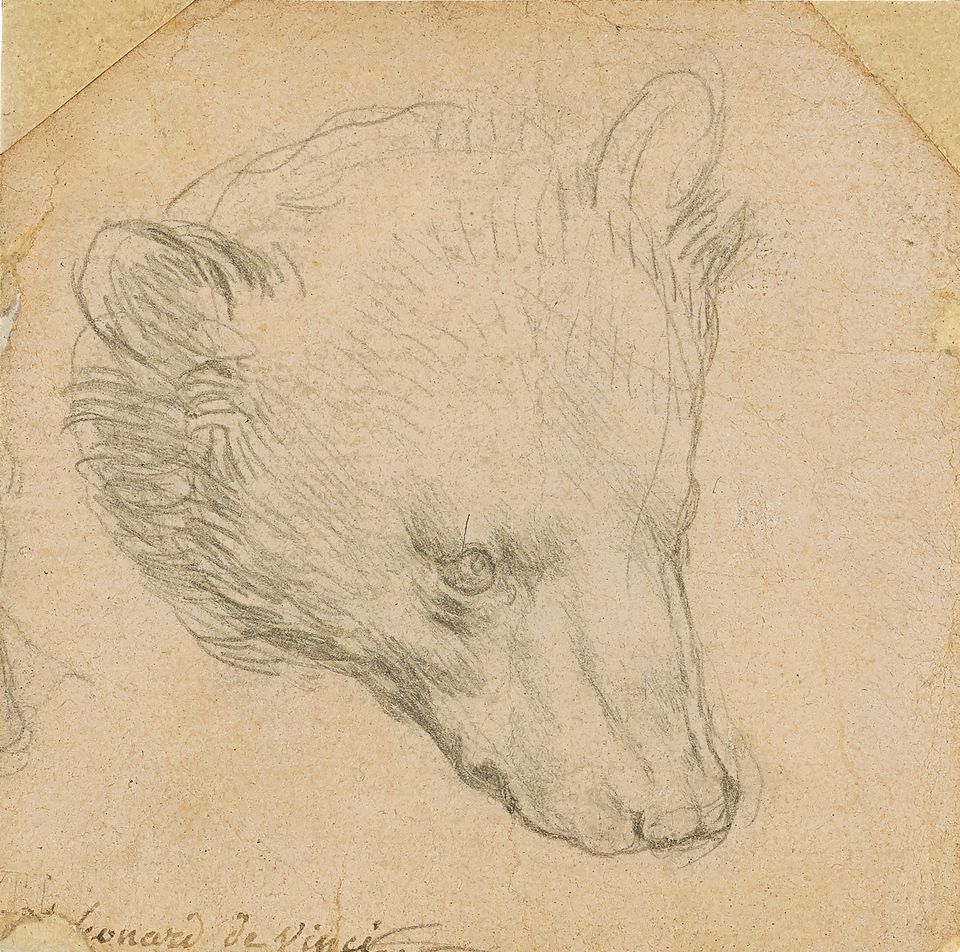 Measuring 7cm by 7cm, this silverpoint drawing on pale pink-beige paper was executed around 1480 and is one of eight known Leonardo drawings still in private hands, excluding those in the British Royal Collection and the Devonshire Collections at Chatsworth.

Head of a Bear could likely break the record for a drawing by Leonardo, which currently stands at £8.1m achieved at Christie's in London in 2001 for Horse and Rider, also from around 1480 and which measures slightly larger at 12cm by 7cm.

"I have every reason to believe we will achieve a new record in July for Head of a Bear, one of the last drawings by Leonardo that can be expected to come onto the market," Stijn Alsteens, international head of Old Masters, Christie’s Paris, says in a statement.

The work has been in the collections of the 18th-century British painter Thomas Lawrence and the dealer Samuel Woodburn, who sold the work at Christie's in 1860 for £2.50.

Ben Hall, chairman of Old Master paintings at Christie's New York, says in a statement that the drawing has been owned by "some of the most distinguished collectors in the field of Old Masters across many centuries, not least the present owner who has owned it since 2008".

It will be exhibited in New York and Hong Kong before heading back to London to be sold as part of Christie's Exceptional Sale.