Leonardo Da Vinci’s St John the Baptist (around 1513-16), a treasure of the Louvre Museum in Paris, is once again on view to the public from Wednesday, 9 November after a ten-month cleaning at C2RMF, the nearby restoration and research centre for French museums. The in-depth conservation, which was scrutinized by the media and specialists because of earlier restorations of Leonardo’s work at the museum, refreshes what was “probably the most varnished painting in the Louvre’s collection”, according to a press release.

While St John the Baptist had not been restored since 1802—shortly after it entered the Louvre’s collection—the painting had been regularly varnished since then. A primary objective of this restoration project has been to strip away around 15 layers of varnish that had yellowed and obscured the original painting’s subtleties and colour. Régina Moreira, who carried out the restoration of the painted material, also removed over-painting from previous restorations, including on the arms of the saint, his torso and the background. While the overall effect of the restoration is subtle, areas like the animal skin and Saint John’s curly hair are now more visible. 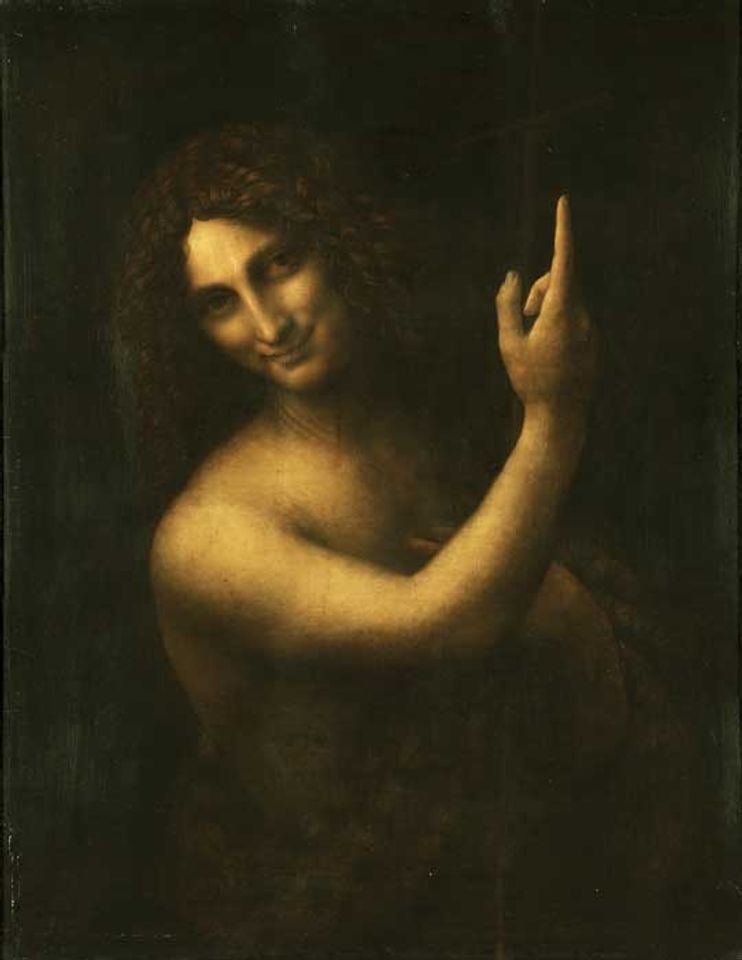 The analysis during the cleaning process also provided insights into the painting’s condition and the artist’s working methods. While the wood support of the painting is in a relatively good condition, and there are no major areas of paint missing, there are “significant premature cracks linked to the pictorial technique of the artist”, according to the press release. (The museum has not provided additional details on the treatment of the layers of the painting directly done by Leonardo’s hand.) One “particularly interesting” discovery was the presence of finely ground glass, sometimes used as a drying agent, in the darker layers of the work, since it was the most extensive use of this material in any work by the artist.

Sébastien Allard, the director of the department of paintings at the Louvre, referred to “major media pressure” at the beginning of the restoration process, due to disagreements over whether a recent restoration of Leonardo’s Saint Anne, also in the museum’s collection, had gone too far. An earlier cleaning of Saint John the Baptist was also criticised: in 1639, Abraham Van der Doort, the curator of the collection of Charles I of England—who then owned Saint John the Baptist—said that the hand and the arm in the painting had been damaged by an over-zealous cleaning. Allard told journalists at the launch of this restoration and cleaning campaign: “Prudence and pragmatism, that’s our doctrine.”