Leonardo DiCaprio plans to give environmental work to Lacma

The actor Leonardo DiCaprio plans to donate a large installation by the Irish artist John Gerrard to the Los Angeles County Museum of Art (Lacma).

The work, Solar Reserve (Tonopah, Nevada) (2014), was installed outside Lincoln Centre in New York last year, and will be shown at Art Basel next week in its Unlimited section. It is a simulated landscape showing computer-generated images of the tower at a solar thermal power plant in Nevada. Every hour, the view of the tower shifts from overhead to ground level, mimicking the movement of 10,000 mirrors that surround the tower and track the orbits of the sun and the moon. 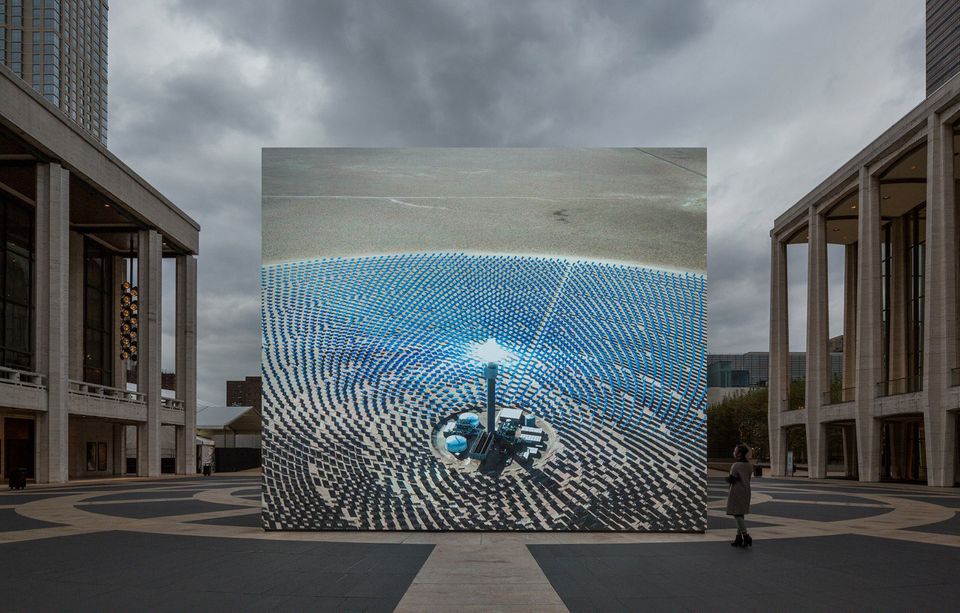 DiCaprio’s donation of the work to Lacma—whose annual film gala he has co-hosted for the past four years—is intended to raise public awareness of environmental issues. The actor is a passionate advocate for the protection of the planet, and established a charitable organisation in 1998, the Leonardo DiCaprio Foundation, to raise funds for concerns such as the conservation of land, oceans and species, and disaster relief.

Artists including Walton Ford, Sterling Ruby and Mark Grotjahn donated works to the foundation when it teamed up with Christie’s auction house in 2013 to stage the 11th Hour Auction, which made a total of $38.8m in sales. The actor also addressed the UN summit on climate change last September, saying that the “disaster has grown beyond the choices that individuals make. This is now about our industries and governments around the world taking decisive, large-scale action”.

Gerrard has made five editions of Solar Reserve, plus two artists’ proofs. The London gallerist Thomas Dane will show a version of the work at Art Basel Unlimited next week (18-21 June), while another edition belongs to the Borusan Museum in Istanbul.

Meanwhile, a fourth edition now belongs to the Museum of Modern Art (MoMA), recently gifted by the Via Art Fund with additional support from the Richard J. Massey Foundation for the Arts and Sciences and the Carl & Marilynn Thoma Art Foundation.