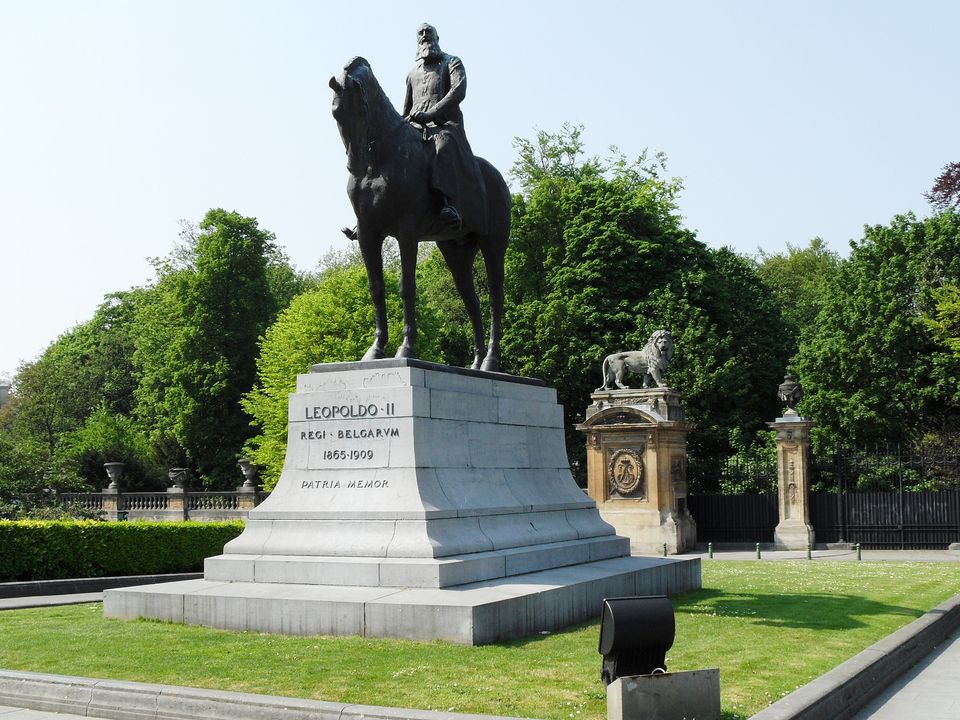 A Change.org petition created by a teenager has garnered more than 60,000 signatures calling for the removal of statues of King Leopold II in Brussels amid global anti-racism protests sparked by the US Black Lives Matter movement. Leopold II, Belgium’s longest reigning monarch from 1865 to 1909, is notorious for instigating a brutal colonial regime in what is now the Democratic Republic of the Congo.

The campaign under the name “Let’s Repair History” (Reparons l’Histoire) demands that the city of Brussels remove statues of Leopold II starting with a monument in Place du Trone near the Royal Palace. “Despite all the contempt he had for the life and people of the Congo, Leopold II is still remembered throughout Belgium,” reads the petition in French and Dutch, which bears the hashtag #BlackLivesMatter and specifies a deadline of 30 June, the 60th anniversary of Congolese independence. According to Belgian media, it was initiated by a 14-year-old boy of Congolese heritage known only as Noah NL to protect his identity.

Statues of Leopold II were targeted by demonstrators last weekend in several Belgian cities. A bust of the king in Ghent was covered in red paint and shrouded in fabric inscribed with the words “I can’t breathe”, a reference to the killing of George Floyd by a Minneapolis police officer on 25 May.

The bust of King Leopold II of Belgium, who orchestrated the colonial genocide of 10 million Congolese people, has been defaced by protesters in Ghent, Belgium.

The movement against racism and injustice is truly global! pic.twitter.com/MZLlX7eeFZ

In Ostend, police have reportedly arrested a suspect for defacing the base of an equestrian monument of Leopold II with paint. The statue became a rallying point for hundreds of anti-racism protestors on Sunday and a separate petition is circulating for its removal. However, in a Facebook post of 3 June, Ostend mayor Bart Tommelein stated that the city council “takes the fight against racism very seriously” but “replacing or removing statues will not happen”, citing the monument’s protected status.

Outside the Africa Museum in Tervuren, near Brussels, a contemporary artist’s satirical memorial of Leopold II was also vandalised. The letters “FDP”, short for “son of a bitch” in French, were graffitied below the king’s bust. Julien Volper, an ethnography curator at the museum, which reopened in 2018 following a major refurbishment aimed at decolonising the displays, stresses that the 1997 sculpture by Tom Frantzen is “not a colonial creation”. Describing the recent protests in Belgium as a “new burning of the books”, he tells The Art Newspaper: “People want to re-write history but this is not a black-and-white issue.”

Protest at the AfricaMuseum in Tervuren highlighting the link between systemic racism today and colonial violence. Leopold II is responsible for the death of 10 million Congolese people. #BLMBelgium

At least one Belgian monument of Leopold II is coming down. A fire-damaged statue in Ekeren, a district of Antwerp, was removed from its pedestal on 9 June and will be transferred to the Middelheim Museum for cleaning, according to local media reports. Municipal officials are still to determine the future location of the sculpture but “a return to Ekeren is out of the question”, the district mayor Koen Palinckx told Het Nieuwsblad.

UPDATE (10 June): Pascal Smet, a secretary of state responsible for heritage in the Brussels-Capital Region, said in an interview with Belgian radio that he would press the government today to create a working group including experts and Congolese inhabitants of Brussels to consider the future of the city's Leopold II statues and street names connected to colonialism. He also suggested that the city should create a new memorial to decolonisation.

UPDATE (18 June): The city of Ghent has announced that the defaced bust of Leopold II in Zuid park will be permanently removed on 30 June, the anniversary of Congolese independence. The alderman for equal opportunities, Astrid De Bruycker, told the Flemish broadcaster VRT: “The criminal actions of Leopold II, among others, do not deserve tribute, on the contrary. To this day, people are hurt and insulted by the insensitive, outdated image of colonisation in our streets and parks. The removal of the statues is symbolically important but should not stand alone. We must interpret and teach [colonial history], not wipe it out.” The statue’s removal was recommended by Ghent’s “decolonise the city” advisory group established in late 2019, according to VRT.

On 17 June, Belgium’s federal parliament approved a proposal to create a commission that will examine the country’s colonial history.