Let there be light

For decades Syrian art was underrepresented internationally in fairs and exhibitions, with few books or specialist curators and no collector base to match that of the Turkish or Iranian market.

Now, the horrific tragedy of the Syrian civil war has seen a mass exodus of the country’s younger artists, and one sad result is that treasured works by Modernist masters like Louay Kayyali and Fateh Moudarres are being sold by families desperate for money, according to the London-based curator Nour Wali.

The growing exposure of Syrian work is underlined this year during Art Dubai, as the non-profit Atassi Foundation has rolled out a survey of Syrian portraiture from its impressive collection. The result, Syria: Into the Light (until 3 April), is the inaugural exhibition in Alserkal Avenue’s new Concrete venue, with 60 works by more than 40 artists, from Modernist to contemporary, dating back to 1924.

While entities such as Ayyam Gallery, a major commercial promoter of Syrian work, have long own the flag for the country’s art (with spaces at one time or another in cities including Beirut, Dubai, London and Jeddah), the Atassi Foundation is aiming to raise its academic profile, with a new book of essays planned this year. Elsewhere, the Shubbak Festival of contemporary Arab culture in London in July will offer a new platform for recent Syrian work collected by the British Museum.

“Syrian art is very badly represented,” says the foundation’s Shireen Atassi. There are patrons in the wealthy Iranian diaspora, she points out, not-for-profit spaces for Turkish art in Istanbul, and the Ruya Foundation promotes Iraqi art and culture, including at the Venice Biennale, yet there isn’t even a serious reference work for Syrian art. As such, Into the Light aims to celebrate Syria’s art, culture and history, but from “a society [that] politically, socially and artistically has never been as open to the international market,” says Atassi.

As a case in point, the greatest Modern Syrian name is arguably the Damascus-born Marwan Kassab-Bachi, who died in October last year. He studied in the same studio as Hans Trier with Georg Baselitz, and his work has commanded nearly $400,000 at auction (though far less than Baselitz). Yet, after more than 50 years in Berlin, Marwan was regarded almost as a German artist, observes Venetia Porter, of the British Museum. “But because there is [now] more of a focus on Middle Eastern art, Marwan has come out of the German context and become very prominent in the way people look at Syrian Modernism,” she says.

Younger artists with a similarly international profile include Syrian-American Diana Al Hadid, born in 1981 in Aleppo and represented in New York City by Marianne Boesky Gallery (showing at Art Dubai), with works in the Whitney Museum of American Art and other collections.

The war has created a Western diaspora, a new generation of the country’s brightest talents centred in Berlin, Paris and Canada, while Dubai is the closest hub for a showcase, says Atassi. “We are not working on the emotional aspect of being refugees,” she explains. “We are trying to improve the representation of Syrian art, to bring it out to the surface, to show people what Syrian art is.”

The British Museum already has the work of Issam Kourbaj, who was taught by Moudarres and created Syrian refugee camps in miniature for the 2015 Shubbak Festival. Other artists collected more recently by museums include veteran Youssef Abdelke, with his powerful still-lifes, and the deeply political work of the young Berlin-based Sulafa Hijazi. The established artist Fadi Yazigi is also highly regarded for his striking, Picasso-esque faces. 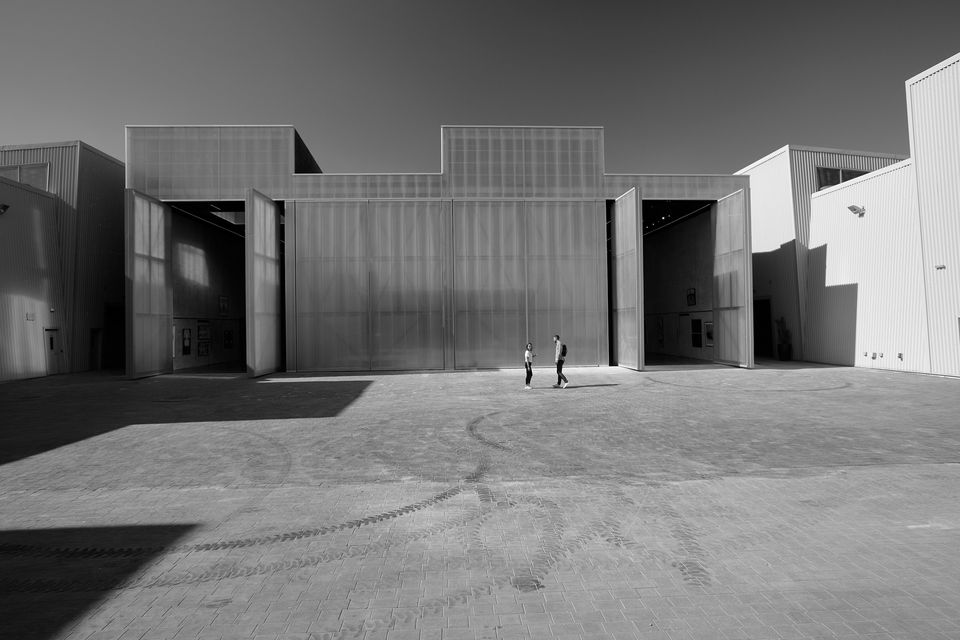 In Dubai, the 600 sq. m Concrete comprises four warehouses with rotating and movable internal walls, eight and a half metres high, that can create exhibition, concert and cinema spaces. Skylights in the roof introduce natural light, while a cladding of concrete is wrapped in embedded mirrored chips. “Most of the complex structural equipment was produced in the UAE in close discussion with thinkers and manufacturers,” says Rem Koolhaas, “which represents a maturity.”

This is the first UAE project for the Dutch firm OMA (the Koolhaas co-founded Office of Metropolitan Architecture). Its partner, Iyad Alsaka, is himself a Syrian national who studied in Aleppo. It is a “very nice coincidence” that this new anchor space, intended to attract more visitors to Alserkal with headline events, is opening with a Syrian show, he says.

The Syrian conflict has exiled a generation of artists, with just a handful staying behind. Many of the most gifted are unlikely to return.

Syria: Into the Light

This new exhibition takes an apolitical approach to a Syrian art history mired in political turbulence since the First World War. It is curated by Mouna Atassi, who, with her late sister Mayla, passionately promoted Syrian art for decades. 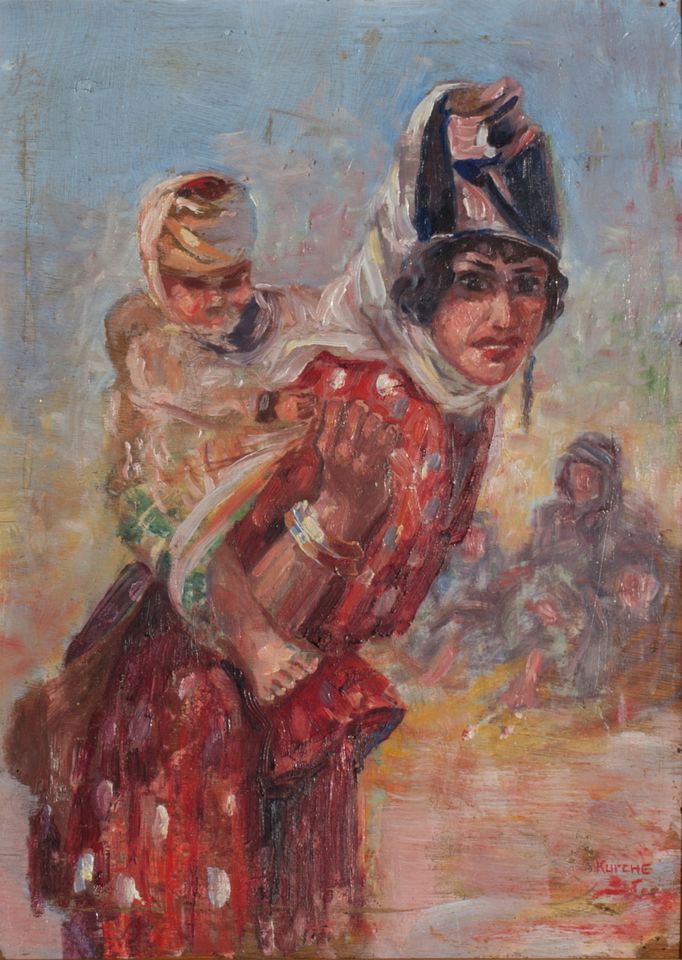 The works on display range from paintings, drawings and etchings to sculpture, photography and video; the subjects ranging from ordinary people to the elite. The exhibition includes the work of Tawfik Tarek (1875-1940) and Michael Kurcheh (1900-73), both of whom studied in Paris. Elias Zayyat, regarded a living father of modernism, also launches a monograph in Dubai this year.

In one sense, the war has helped drive something of a revolt against Modernist painting, through poster art, video and digital photography. Newer and younger highlighted artists include Jaber Al Azmeh, Ghylan Safadi and Mounif Ajaj, Syrian-born but trained in Belarus. Nour Asalia in Paris produces faces and body parts in clay and resin, and Hiba Ansari works in Berlin in mixed media, including veils shaped into faces decorated with sequins and glitter. The award-winning Mohamad Omran meanwhile focuses on video art.