If the sea destroys Venice, can digital technology rebuild it? 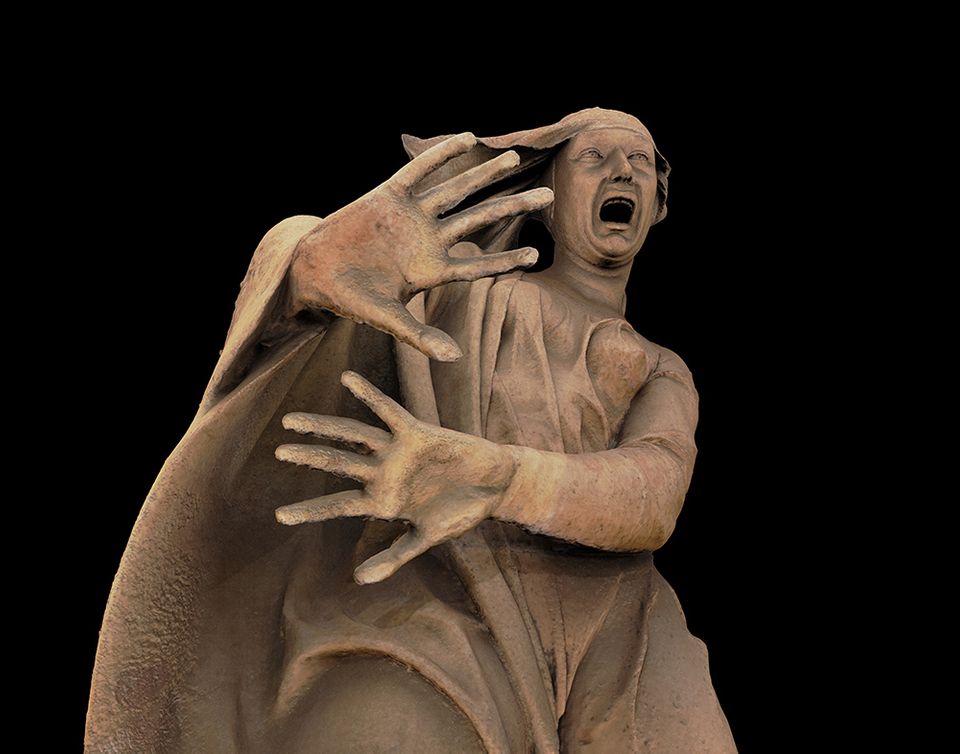 3D colour renders of a figure from the Compianto, the group lamenting over the dead Christ in Santa Maria della Vita, Bologna Courtesy of Genus Bononiae / Factum Foundation

We have all become profoundly more digital over the last weeks. We are ready to live a digitally changed life, and digital change is rushing into the heritage and museum world too. This is not a matter of some slightly cleverer didactic material or off-site experiences, but the material itself of the works of art and monuments, their presence or absence, their uniqueness, their very survival.

Starting this Friday, on 1-3 May, museum directors, artificial intelligence (AI) specialists, writers, professors of science and architecture theory and other thinkers are meeting online to discuss what can be done with digital technology, now and in the future. The free-to-attend event has been organised by The Art Newspaper and Factum Foundation, with Il Giornale dell’Arte. The discussions will consider, but go far beyond the question, if an object can be reproduced exactly, which has the “aura”—the original or the facsimile? They will be broadcast live on The Art Newspaper’s YouTube channel, and viewers are invited to submit their questions (for the programme and times, see below). 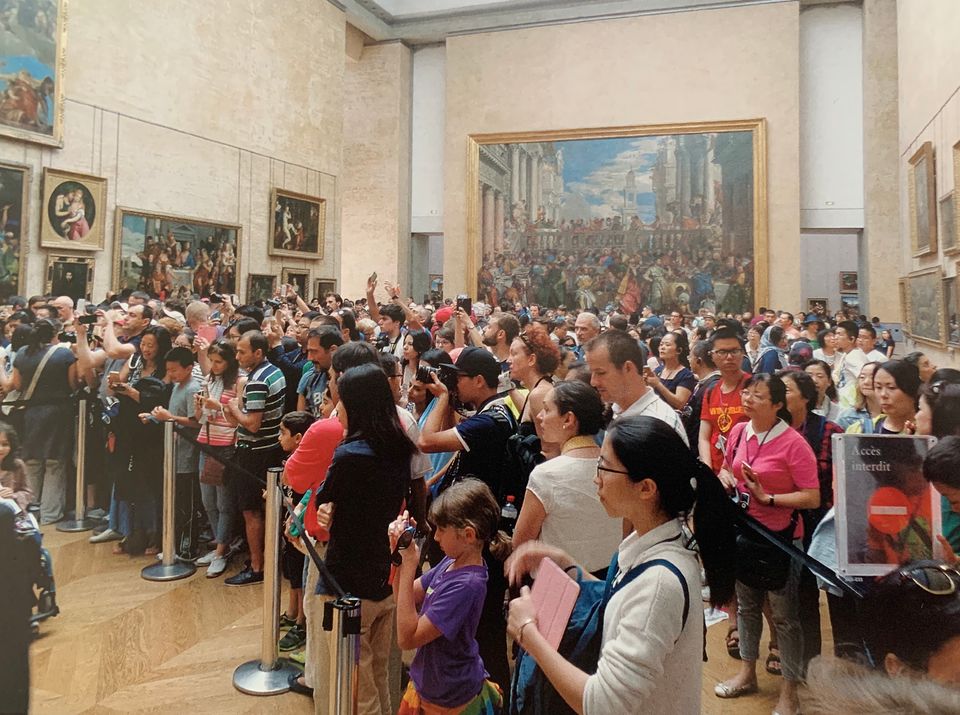 The Veronese Wedding Feast at Cana as seen in the Louvre

The question of the differences between an original and a facsimile all started with Veronese’s huge painting The Wedding Feast at Cana (1563), stolen by Napoleon and now in the same room of the Louvre where the crowds jostle to photograph the Mona Lisa (1503). In 2006, Factum Arte, now Factum Foundation, made a copy of it in which the minute relief of every brushstroke by the Venetian master is reproduced, so it has none of the smoothness of a mere photograph, but really looks like the original.

You can now see it in the place for which it was painted, at the height intended by Veronese himself, in the Benedictine refectory on the Island of San Giorgio, Venice. The light shines on it through the same windows that lit the painting in the 16th century and there is nothing else in the room to distract you from this great sacred painting that is also a sumptuous Renaissance drama. 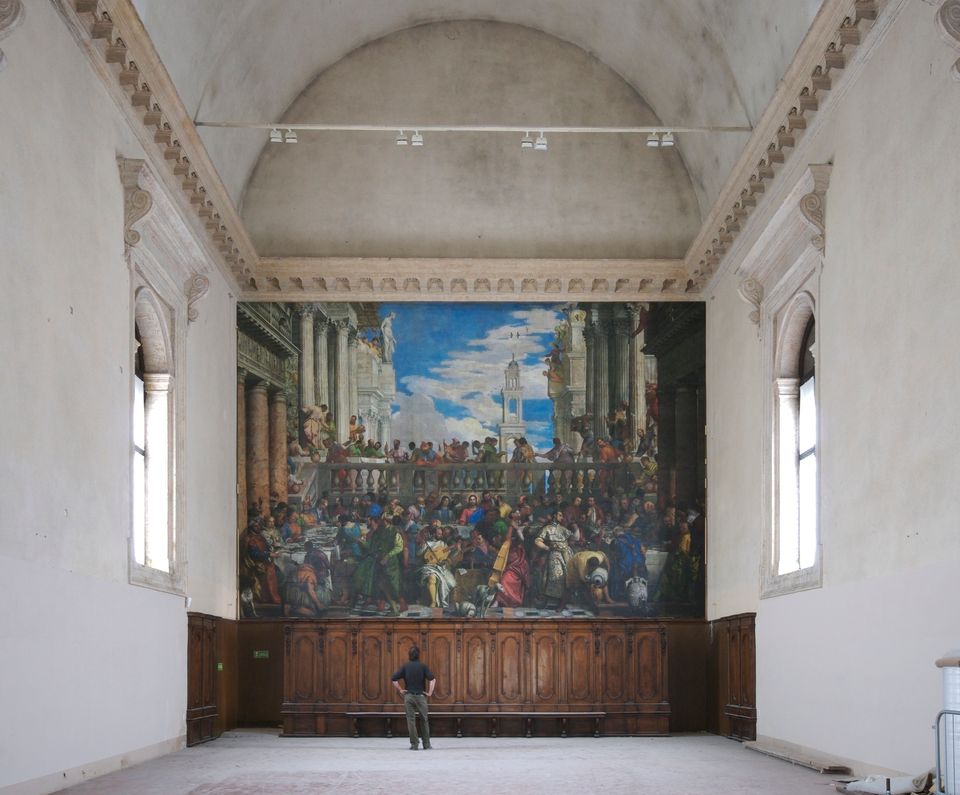 Factum’s facsimile of The Wedding Fest at Cana in the space for which the original was painted, the refectory designed by Palladio on the island of San Giorgio, Venice Photo: Factum Foundation

In the competition between facsimile and original, the question is how much one values the experience of being in the historic context of a work of art (not to mention the partial righting of a wrong perpetrated 200 years ago) as against the Louvre experience of standing in front of the object touched by the artist himself. The answer is that there is no winner and no loser because one ought to see both—the former illuminates the latter.

Why produce a copy?

Factum are now world leaders in digital image- and monument-replication and have gone on to record and reproduce some of the most famous works of art in the world, from Raphael’s cartoons in the Victoria and Albert Museum to Malevich’s Black Square (1915) in the Tretyakov Gallery, Moscow (here they were able to “strip away” its essential blackness—digitally, of course—in order to study its brushstrokes), to the tomb of Seti I in Egypt, which they are reconstituting in facsimile together with all the parts removed from it over the years and now in western museums or lying in fragments near the tomb itself.

They are called upon by museums and countries to provide a digital insurance, to make sure that this or that masterpiece will not be irretrievably lost if the worst were to happen. The latest such recording project is the Compianto sul Cristo morto (around 1477-79)—a dramatically tragic, life size group of figures lamenting over the dead Christ in Bologna. This is in fragile terracotta and in Italy it is always wise to be prepared for earthquakes. 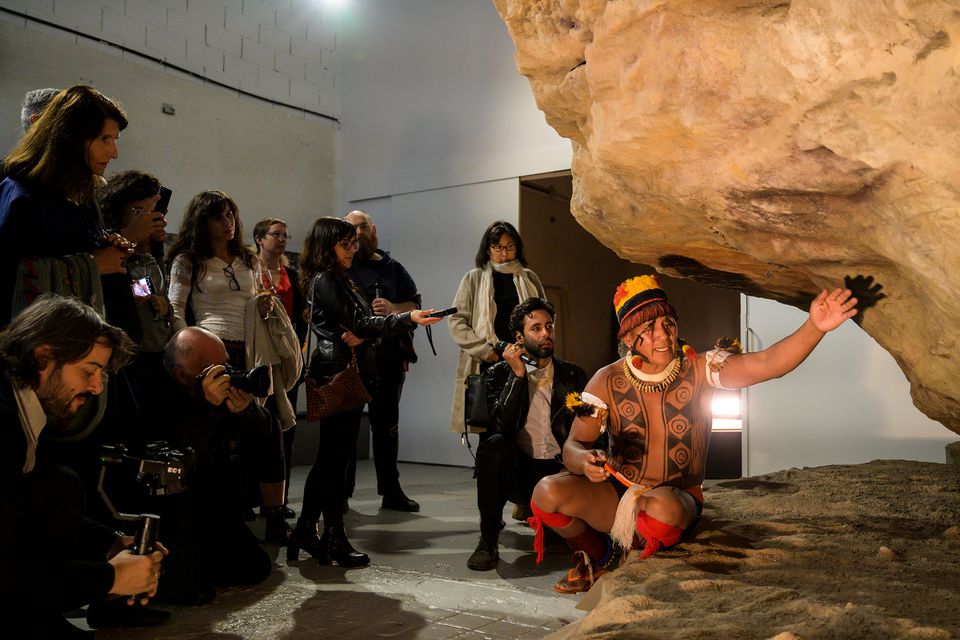 Most recently, they have made a copy of the sacred cave of Kamukuwaká for the Wauja peoples in the Xingu Indigenous Territory of the Mato Grosso. This became an urgent task after President Bolsonaro removed all protection of the indigenous territories, which is leading to the fastest destruction of a cultural heritage anywhere in the world.

The cave, with its faint wall carvings of the creation myths, has been reproduced in 3D and when the leader of the Wauju, Akari Waurá, was asked whether it had the same sacred qualities as the original, he said: “It’s sacred in a different way. It’s sacred because it represents the support and recognition of our culture beyond Brazil.” Here the facsimile has recorded something of deep importance to the identity of its “owners” as well as world history, but which may disappear —“aura” and all—in the looting that has already begun.

Together with the Digital Humanities Lab of the Ecole Polytechnique of Lausanne and the Giorgio Cini Foundation, Factum Foundation has embarked upon its biggest “insurance” work yet, the "Venice Mirror World". It is a 4D (3D, plus time) recording of the whole of Venice, in which the city is being captured in its entirety to provide a dense information skeleton that can not only be experienced through augmented reality (AR) interfaces, but also be used to document minute changes in the environmental condition of the city. This can work forwards in time, with projections of what will happen with the sea-level rise and subsidence, but also backwards, using old maps, paintings and photographs. This in turn can link up with information from records of landownership, legal documents and histories about the residents, their lives and possessions, so that the whole digital construct becomes a kind of replica of the city and its citizens at any given time in the past. This fantastically ambitious project is not too far from the map as big as the world itself imagined by the Argentinian writer Jorge Borges.

An essay in The Aura in the Age of Digital Materiality (2020), a book about the Factum Foundation’s various projects, sums up the Venice scheme with this sentence: “The Venice Mirror World may be a first node of an international network of connected sites, progressively densifying a new global information platform that should fundamentally change our relationship with our past and our future”. This is what is at the heart of the digital possibilities for the world’s heritage.

New Technologies and the Preservation of Cultural Heritage, 1-3 May

A live online conference, organised by The Art Newspaper and Factum Foundation with Il Giornale dell'Arte

Discussion 1: The Future of Museums, Exhibitions and the Objects they Display

The role of the museum as a repository of physical objects that give access to collective memory is changing. New digital recording technologies that (among other things) allow exact facsimiles to be made and are providing access to a global audience, while new display technologies are inviting us to look at the nature of the object with new eyes.

This panel discusses the purpose of a museum, its role, what should it show, how and to whom. It will look at the way technology is making a "museum without walls" possible and realigning the relationship between the original and the authentic. Is the “aura” of originality now an obsession that is constraining what can be displayed, how it can be seen and how it can be effectively preserved?

Discussion 2: The Circulation of Objects: the Politics of Recording, Training, Preserving and Sharing

Creating a cultural economy based on sharing skills, technologies and knowledge

For museums and other cultural heritage institutions, digital technologies open up unprecedented possibilities for sharing and collaboration, but they also give rise to new responsibilities. This panel asks how the international heritage community can best work to create accurate records and share both objects and knowledge with audiences across the world.

Compiling, analysing, presenting information in an age of machine learning

This discussion focuses on the technologies that are creating new knowledge about cultural heritage—on where we are now and where we go next. Among the subjects to be discussed are new possibilities for image and information analysis, new technologies of display, and the problem of long-term digital archiving.

Brian Cantwell Smith, Reid Hoffman Professor of Artificial Intelligence and the Human, Faculty of Information at the University of Toronto

William Owen, Founder of Made by Many