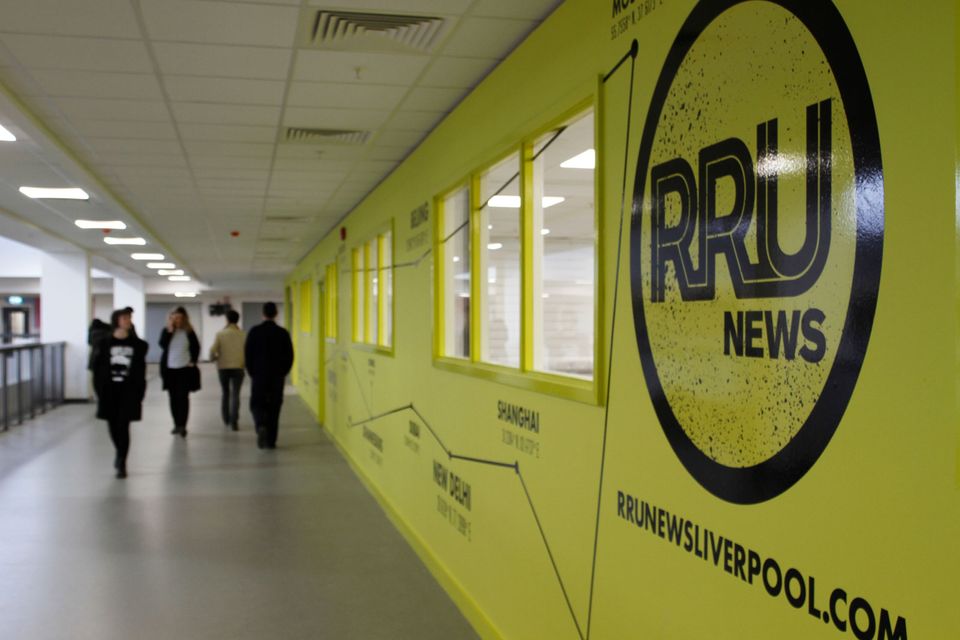 A public news bureau opened in Liverpool this week with a view to shedding light on untold stories, changing the conversation and giving people a voice. Alongside contributions from the public there will be commissioned works, which will be exhibited in public spaces around the city of Liverpool.

Rapid Response Unit (or RRUNews), a response to the world of ‘alternative facts’, is being run out of St. John’s Shopping Centre in the centre of Liverpool until the 29 March 2019, when the UK will officially leave the EU.

“The art of politics is in decline and the news atmosphere is unhealthy to say the least, so creative, outside interventions are imperative,” said RRUNews editor, filmmaker and journalist Mark Donne. “This project will question what news is and explore its full impact on us all.“

An undisclosed array of famous artists, musicians, poets, actors, playwrights and writers from the UK and around the world will be taking part in the project throughout the year.

Each of these ‘correspondents’ will have between 24 and 72 hours to respond to a breaking news story, either from the day’s news or from stories submitted by the public, who can do so by dropping them into the bureau in person.

Clues to more high-profile contributions to RRU coming up can be found in its list of partners, which include the Tate, the Liverpool Philharmonic Orchestra, the Walker Art Gallery, FACT Liverpool, Bluecoat, the International Slavery Museum, Culture Liverpool and the Everyman Theatre.

“This is an opportunity for a wide range of artists to respond in the moment to current events, and for that response to radiate out from Liverpool to engage a global audience,” says Deborah Aydon, executive director at the Liverpool Everyman and Playhouse Theatres.

The result of each commission will be made public either through one of RRU’s partner institutions or will be installed in public spaces around the city. You can also follow RRU’s progress through Facebook and Twitter.

“Savvy and timely, RRU is typically imaginative, bringing the famous artistic flair of this city together with its political nouse and offering the nation a new way of capturing our contemporary life,” says Jude Kelly, RRU board member and artistic director of London’s Southbank Centre.