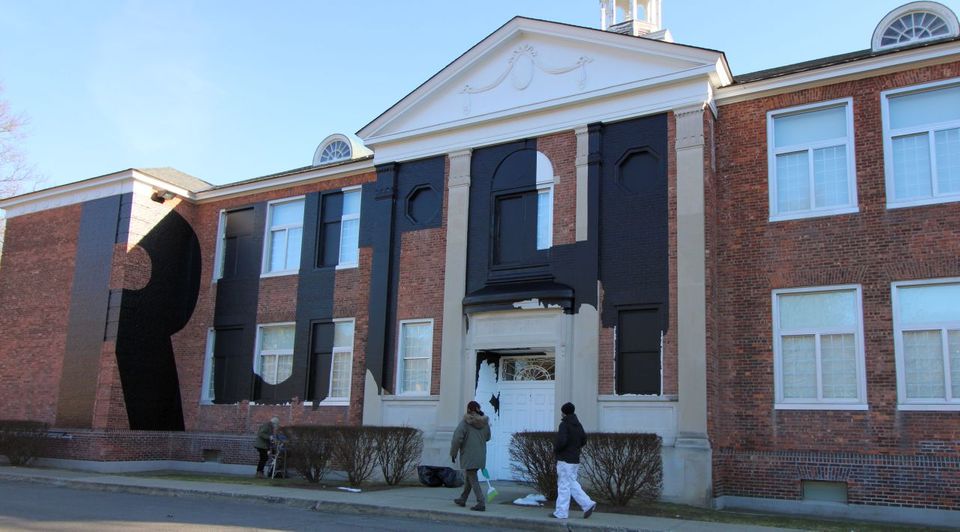 Nick Cave's art installation, Truth Be Told at Jack Shainman's The School in the Hudson Valley village of Kinderhook, New York was voluntarily removed on Sunday by the gallery Photo: Barbara Reina

Is it art or illegal signage? While the controversy continues over Nick Cave's art installation: Truth Be Told at Jack Shainman’s upstate New York outpost The School, the local public weighed-in overwhelmingly on the side of art during a zoning board appeal hearing on Monday night in the Hudson Valley village of Kinderhook.

Lasting three-and-a-half hours, the public hearing was attended by 190 people on Zoom, and most of those commenting during the discussion defined Truth Be Told—an installation of black vinyl letters measuring 21 feet high and some 160 feet across placed on the front of The School’s façade—as art. Ahead of the hearing, 56 emails were sent to the village government voicing an opinion on the issue and a “Solidarity Against Censorship” petition has gathered more than 3,000 signatures and numerous comments.

Speaking to the claim by the village administration that the installation is dangerously flammable, Cave writes in an open letter published earlier this month: “While Truth Be Told may be inflammatory and a sign of the times, it is in no way flammable or signage.” Cave adds that Kinderhook is “censoring the words of a Black man in a moment when our country, more so than ever, is divided on the basic principles of fact and fiction. This is not about me, but about those who come after. I am not the one who stands to lose.” His statement received signed support from notable art world figures including Rhea Combs, the curator at the Smithsonian National Museum of African American History and Culture, the Brooklyn Museum’s director Anne Pasternak, Agnes Gund and Glenn Lowry, the president emerita and director of the Museum of Modern Art in New York respectively, and MASS MoCA’s founding director Joseph Thompson. And in a gesture of solidarity, the installation will be displayed at the Brooklyn Museum’s plaza in May.

But despite the widespread support, Truth Be Told was voluntarily removed by Shainman this past Sunday, a week earlier than originally planned. 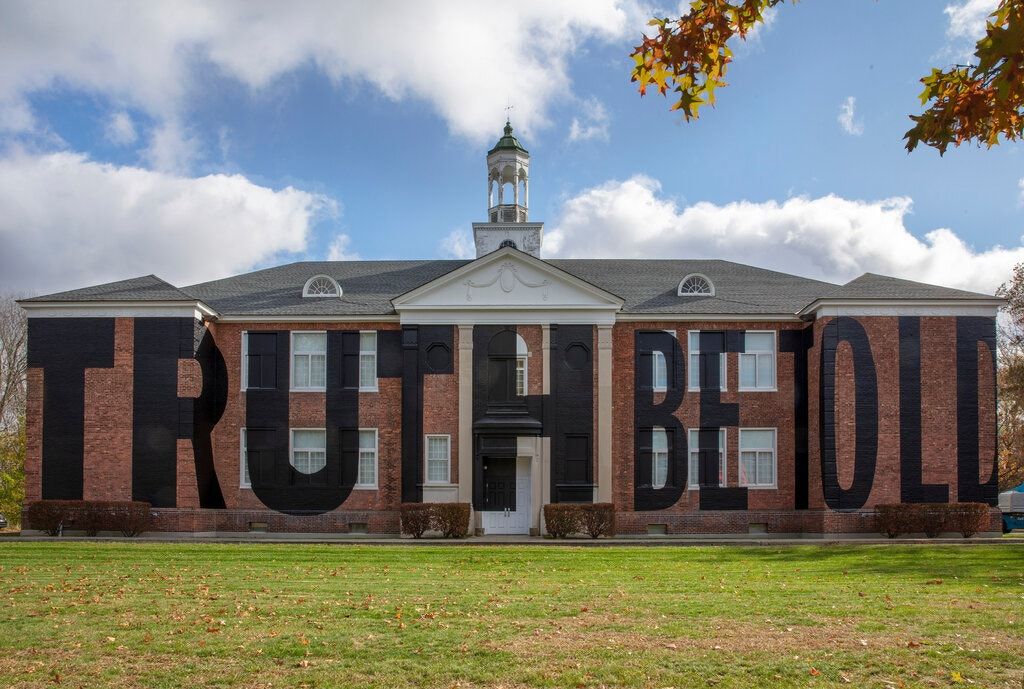 Nick Cave’s Truth Be Told before it was removed Photo: Courtesy of Nick Cave and Jack Shainman Gallery

Still in limbo are the $200-a-day fines Shainman accrued for putting up the installation in October after receiving a stop work order from the village. Viewing the installation as a work of artistic expression, temporary in nature and exempt from regulation—and already covered by the special use permit The School received when it opened in 2014—Shainman appealed to village’s decision.

“No fines were levied,” says Kinderhook’s Mayor Dale Leiser. “Whether or not the fines will be dropped, we have to wait and see.” The village zoning board of appeals has a week to mull over the art versus illegal signage question before holding a special Zoom meeting on 2 February, to discuss their final determination. “I enforce the code the way I interpret it,” says Kinderhook Code Enforcement Officer Peter Bujanow. “I am not a policymaker. If someone on the village board deems it should be changed or improves the code, I hope that occurs if that’s the way this moves.”

“I realise times have changed,” says Mayor Leiser. Irrespective of the zoning board’s decision, he plans to appoint a trustee from the village board to regularly correspond and communicate with The School. “We’re going to have to sit down with Jack Shainman and ask: ‘What’s the future of art; what do you plan on doing?’ We’ve got to hash this thing out together. It would be a good education for us so we can move forward.”

Shainman says the installation, “was a way to activate the building” which has been closed since last March because of the pandemic, and to “still be showing work in a sense, and putting ideas out there. I am proud that it has caused all this discussion and opinions.” But he adds, “We’ve reverted to the lowest common denominator of talking about whether it’s a work of art or not, and that’s so frustrating.”