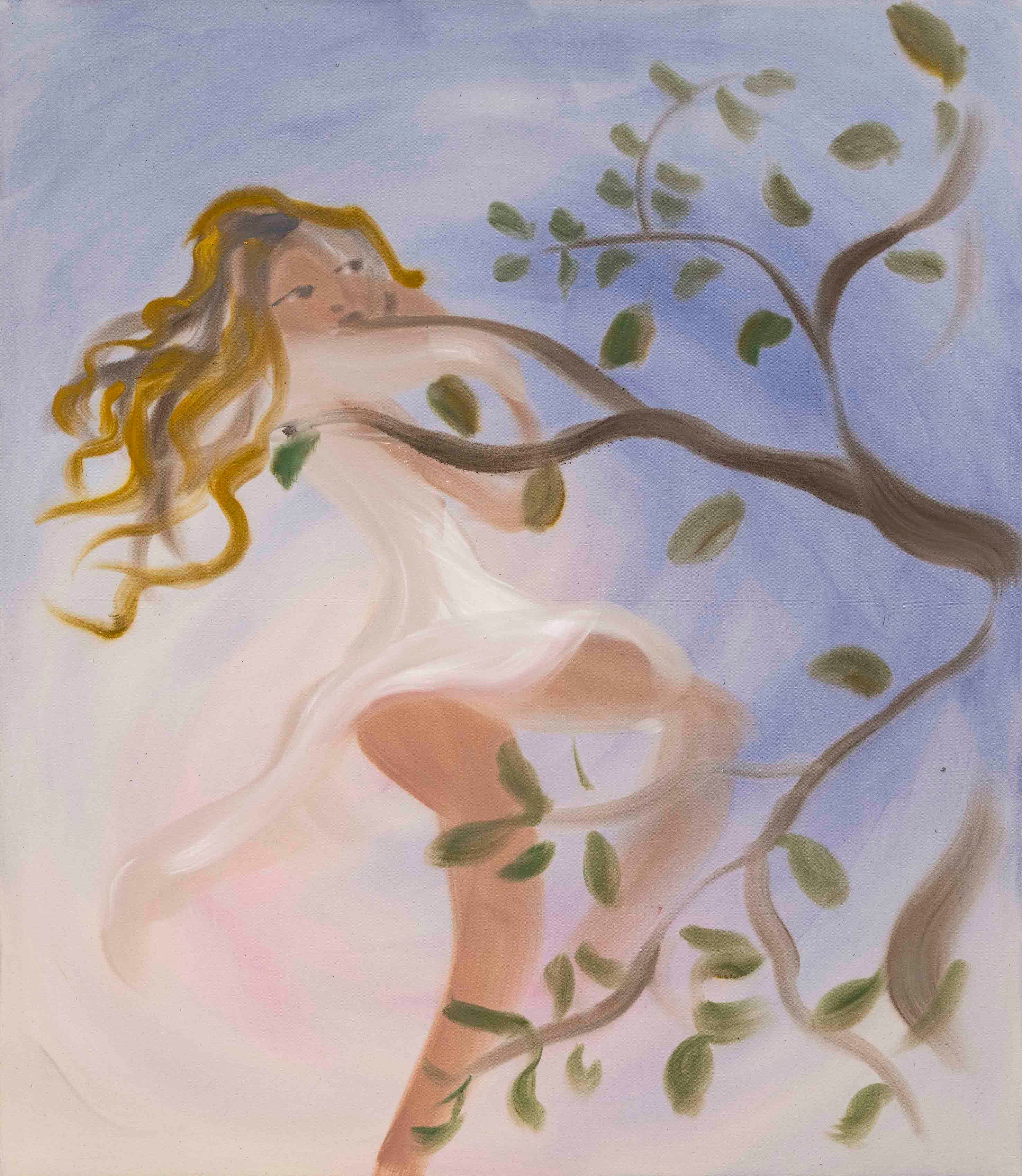 Call you me fair? (2020) by Sophie von Hellermann, part of Pilar Corrias's exhibition on Vortic Courtesy of the artist and Pilar Corrias, London. Photo: Damian Griffiths

It was all born of a WhatsApp group, created initially for London galleries to discuss rent relief and share advice in the wake of the UK’s lockdown when it began in March.

Three months later, the London Gallery Forum WhatsApp group has grown to nearly 100 members from galleries big and small, and formalised into the London Collective. Now, 40 of its member galleries are coming together in the first virtual manifestation of the co-operative.

Tomorrow, 26 June, the London Collective launches on Vortic, an extended reality platform that allows galleries to exhibit works using augmented reality (AR) and virtual reality (VR) and even allows viewers to virtually try out works in their own homes.

The app was developed by Oliver Miro, the son of dealer Victoria Miro, who initially offered the app to galleries for free via their WhatsApp group. The project developed “very organically” says Pilar Corrias, who is a member of the London Collective’s newly formed committee, alongside Oliver and Victoria Miro, and fellow gallery owners Sid Motion, Tommaso Corvi-Mora and Josh Lilley.

Although many London galleries have started to reopen by appointment, travel restrictions remain in place and many collectors are still unable—or unwilling—to visit exhibitions in person. So, Corrias says, this is a chance for the collective to work together, albeit virtually, and in a way that London’s geography normally inhibits. “It’s great that you can have this experience of wandering down a street like in Chelsea in New York and going into lots of different galleries,” she says. “We’ve never had that in London as the galleries are too spread out—even with Condo, people tend to either do the East End galleries or the West End galleries as they’re too far apart.”

Vortic will for the first time give a sense of what is going on in London’s galleries, all in one place, on your phone or iPad Pilar Corrias

The galleries taking part range from the smaller, younger spaces such as Bosse & Baum, Emalin, Project Native Informant and Arcadia Missa to much bigger operations including Sadie Coles HQ (Coles founded the WhatsApp group), Marian Goodman Gallery, White Cube, Galerie Thaddaeus Ropac and David Zwirner. But the overriding idea is that this should be an egalitarian enterprise: all galleries will be entitled to the same sized “space” on the app, and they should “share audiences” as far as is virtually possible.

Some will be holding exhibitions in their physical galleries at the same time, while others will be conducting them only digitally. A few rules have been laid down by the London Collective committee, such as that galleries cannot change their exhibitions on Vortic more than once a fortnight—while large galleries might have the inventory and artist roster to have a fast turnover of shows, smaller ones do not, so the aim is for them not to be overshadowed. The collective has also started an Instagram account and will have a website with a map of the London galleries and exhibition listings.

Corrias hopes the London Collective on Vortic will “for the first time give a sense of what is going on in London’s galleries, all in one place, on your phone or iPad”. While there is the Society of London Art Dealers (SLAD), the collective is only for contemporary art galleries and Corrias says she has “never encountered something similar for contemporary art galleries in London. I’ve also thought for years about having one big building full of lots of galleries in London. How cool would that be?”

Ironically, given social distancing and not being able to meet in person, Corrias has found the collective has already helped her form new relationships: “The committee meets [online] every week and it’s been really nice to get to know people and discuss ideas—I’ve never physically met Oliver or Sid. It’s nice to speak to colleagues on a neutral forum rather than at a fair or something. That’s never really been available before.”

While Corrias thinks there is “nothing new about buying and selling art online—it’s been going this way for a really long time” she thinks the fallout from the coronavirus has accelerated a change that was already happening. “I don’t think the art world will go back to how it was before. People will travel again at some point, but they will be more selective about what fairs and exhibitions they go to.” Corria’s gallery launches on Vortic with a show of paintings by the German-born, UK-based artist Sophie von Hellermann which is also exhibited in her Fitzrovia gallery.

The three months since galleries were forced to go into lockdown in mid-March have, Corrias says, been “an intensive experience. It’s changed the way I work, I don’t need everyone in the gallery all at once, a lot of my staff can work more remotely. Sometimes you need a shock to the system to be forced into change.”

about 16 hours ago
After San Francisco loses Gagosian, the city's galleries are collaborating to survive