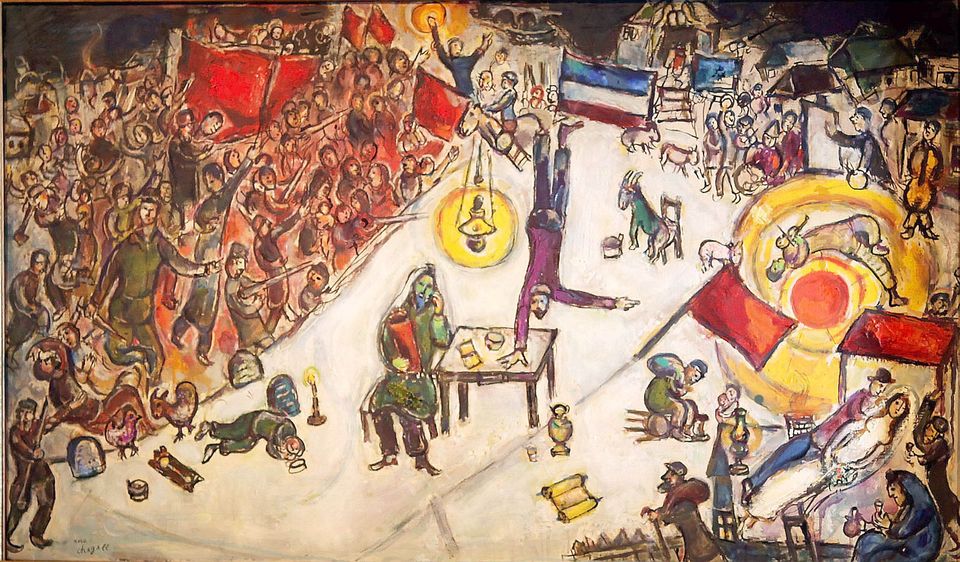 Marc Chagall's La Revolution, one of the paintings allegedly sold by Matthew Green

The London art dealer Matthew Green allegedly sold millions of pounds worth of art used to secure loans from Fundingsecure, a peer-to-peer lender that accepts luxury goods such as yachts and jewellery as collateral.

According to court documents filed in London, Green sold pictures by Pablo Picasso, Marc Chagall and Pierre Bonnard, among others, after borrowing £2.32 million from the British firm against the works. But he has failed to repay the loans, allegedly shortchanging around 1,400 investors who each contributed an average of £1,668.

“From October 2017 to April 2018, Fundingsecure Limited made a series of requests for payment from Mr Green by phone, text message and email. Mr Green repeatedly promised to pay but failed to do,” Fundingsecure says in court filings. The lending firm, which is seeking £3m from Green as well as an injunction to prevent him from selling any more works, declined to comment further.

The peer-to-peer lender alleges that Green sold pieces between August 2017 and July 2018 without the firm’s knowledge. The dealer is accused of pledging to New Bond Street Pawnbrokers works that he had already borrowed against, selling those works and repaying the pawnbroker. Another painting by Raoul Dufy, Les Régates, was sold at auction in New York for £111,189. According to The Times newspaper, which first broke the story, the buyer was the art dealer Helen Macintyre. She is not implicated in the case.

Other works were reportedly sold to Richard Green (Fine Paintings), the Mayfair dealership founded by Matthew Green’s father where Matthew Green was previously a director (he resigned in December 2012). There is no suggestion of wrongdoing by Richard Green.

The case coincides with ongoing litigation in the US. In March, Green was charged with attempted money laundering after he allegedly tried to sell a Picasso painting to an undercover FBI agent to “clean up” £6.7m. Court documents claim Green conspired with an investment manager at the City stockbroker Beaufort Securities and his relative to sell Picasso’s Personnages (1965). Green, whose business Mayfair Fine Art went into administration in March, has yet to plead in that case.

Green denies the claims in the London case. According to the court papers, the dealer is currently undergoing rehabilitative treatment in Spain for various addictions. “The defendant asserts that whilst in very poor mental health… and whilst [Fundingsecure] was aware of the defendant’s vulnerable state he was prevailed upon to borrow sums of money in order to secure trading capital to continue his business. He denies that he acted in any deceitful or dishonest way as alleged,” the papers say. Green could not be reached immediately for comment.