Defendant was charged with using “threatening, abusive, insulting words or behaviour with intent to cause harassment, alarm or distress” during incident in January 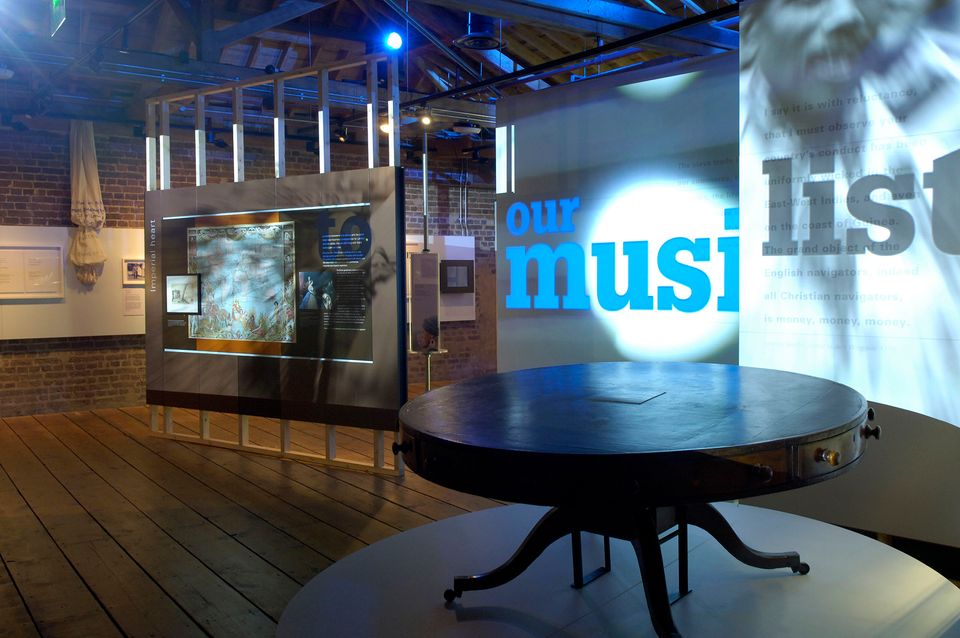 London, Sugar and Slavery gallery at the Museum of London Docklands Image courtesy of the museum

A 33-year-old man was arrested after protesting against a display of Benin Bronzes at the Museum of London Docklands on 29 January, The Art Newspaper has learned. The defendant was bailed ahead of a trial due to take place next week on 18 September.

The objects, which were on loan from the British Museum and have now been returned, include a 16th-century water flask in the shape of a leopard and a bronze plaque featuring a European with a musket. One of the objects, a replica of an Ilfe head, received “slight damage,” according to the British Museum.

The Metropolitan Police confirms that the defendant appeared at Stratford Magistrates Court on 24 March charged with using “threatening, abusive, insulting words or behaviour with intent to cause harassment, alarm or distress.” He first appeared in court two days after the incident when he pleaded not guilty. A Museum of London spokeswoman says that it is not pressing charges.

The protest took place in the Dockland museum’s permanent gallery, London, Sugar and Slavery, which tells the story of the city’s role in the transatlantic slave trade and its abolition. The Benin bronzes and replica objects had been on loan from the British Museum since the gallery opened in 2007. Both institutions are in talks to resume the loans.

The incident could prompt museums to review the security of Benin Bronzes just as some, including the British Museum, are rewriting labels to be more explicit about the colonial violence that led to their acquisition at the end of the 19th century.

The Benin Bronzes have become lightning rods in the debate about the restitution of African art looted during the colonial era. The brass plaques and sculptures were among the thousands of artefacts ransacked during a bloody attack on Benin City, Nigeria, by the British navy in 1897. The highly prized art, examples of which were on show in the British Museum the same year, are now scattered across 150 museums and private collections in Europe and North America.

Dan Hicks, who is a professor at the University of Oxford and curator at its Pitt Rivers Museum, describes the incident at the Museum of London Docklands as a “wake-up call for museums that still exhibit stolen African art.” The story of the destruction of the Royal Court of the Obas, and European museums’ scramble to acquire Benin art, is told in Hicks's forthcoming book called The Brutish Museums.

The incident at the Museum of London Docklands took place before a Black Lives Matters protest in June, which led to the swift removal of the statue of a slave profiteer, Robert Milligan, which had stood outside the former sugar warehouse since 1997. The museum was quick to issue a statement supporting the statue’s removal.