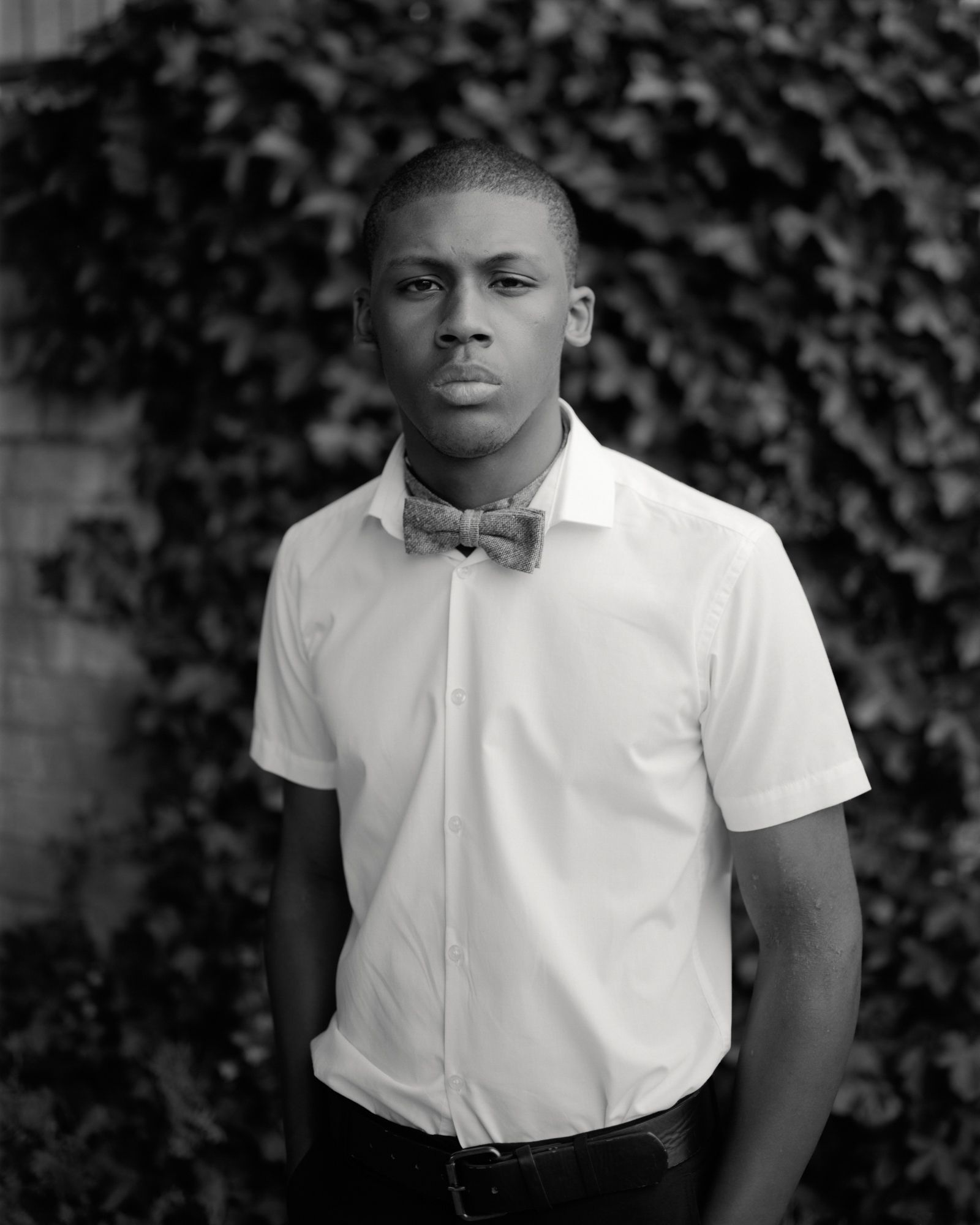 She remembers, at the start of 2020, preparing to decamp to Sicily for a project about faith and identity over Italy’s Holy Week. But, after lockdown hit, the photographer found herself confined to her flat in North London, all her projects indefinitely shelved, all her plans put on hold—“my camera gathering dust in the corner”.

She found herself thinking about “the rites of passage of being young,” she says. Tomlinson’s friend had two school-leaving children. Each was in the midst of the government’s A-level debacle, with the economy closed, and with universities cancelling offers and teaching remotely. “They were stuck in their bedrooms, and were never given a chance to say goodbye to their friends and teachers - all the people they’d spent their teenage life with. It was literally a lost summer for them.” 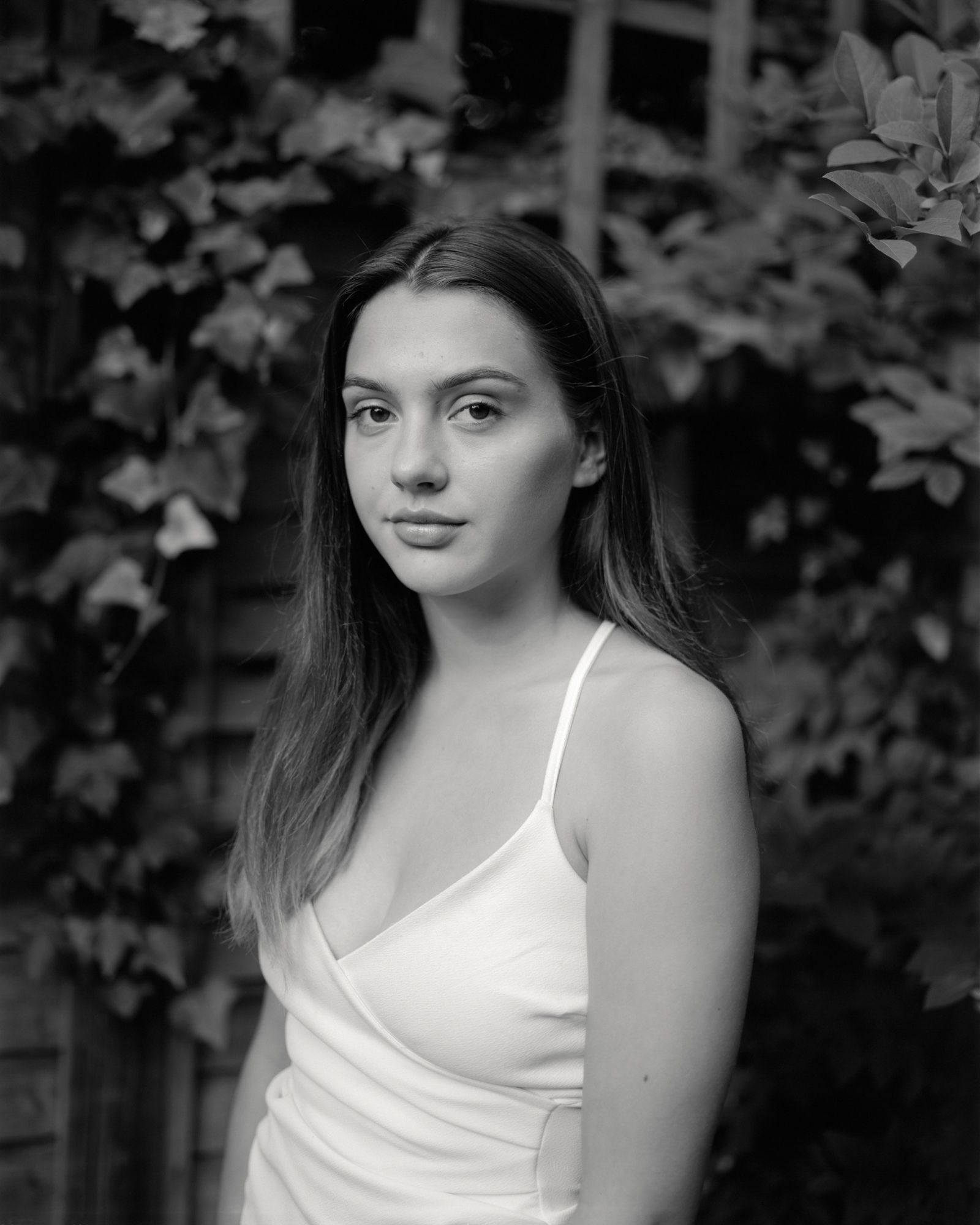 Tomlinson remembers—“a long time ago now”—when she left school. “We all wrote in each other’s yearbooks, and then we wrote in permanent marker all over our school uniforms, and then we had an end of year prom, a marker for this important transitional stage in our life.”

“Proms have since become a real big deal,” Tomlinson says. “It’s a really important moment for teenagers, but they were all cancelled. All these teenagers had these outfits, which meant a lot of them, hanging unworn in their wardrobes.”

The first subject in the series was Jack, the son of one Tomlinson’s friend, and his girlfriend. She arrived with her camera, the young couple got dressed and made up in what they would have worn, and she carefully took their picture. “It became quite a special event for them,” she says. “And, when I got the first contact sheets back, I could see something there; this vulnerability, and yet this amazing strength.” 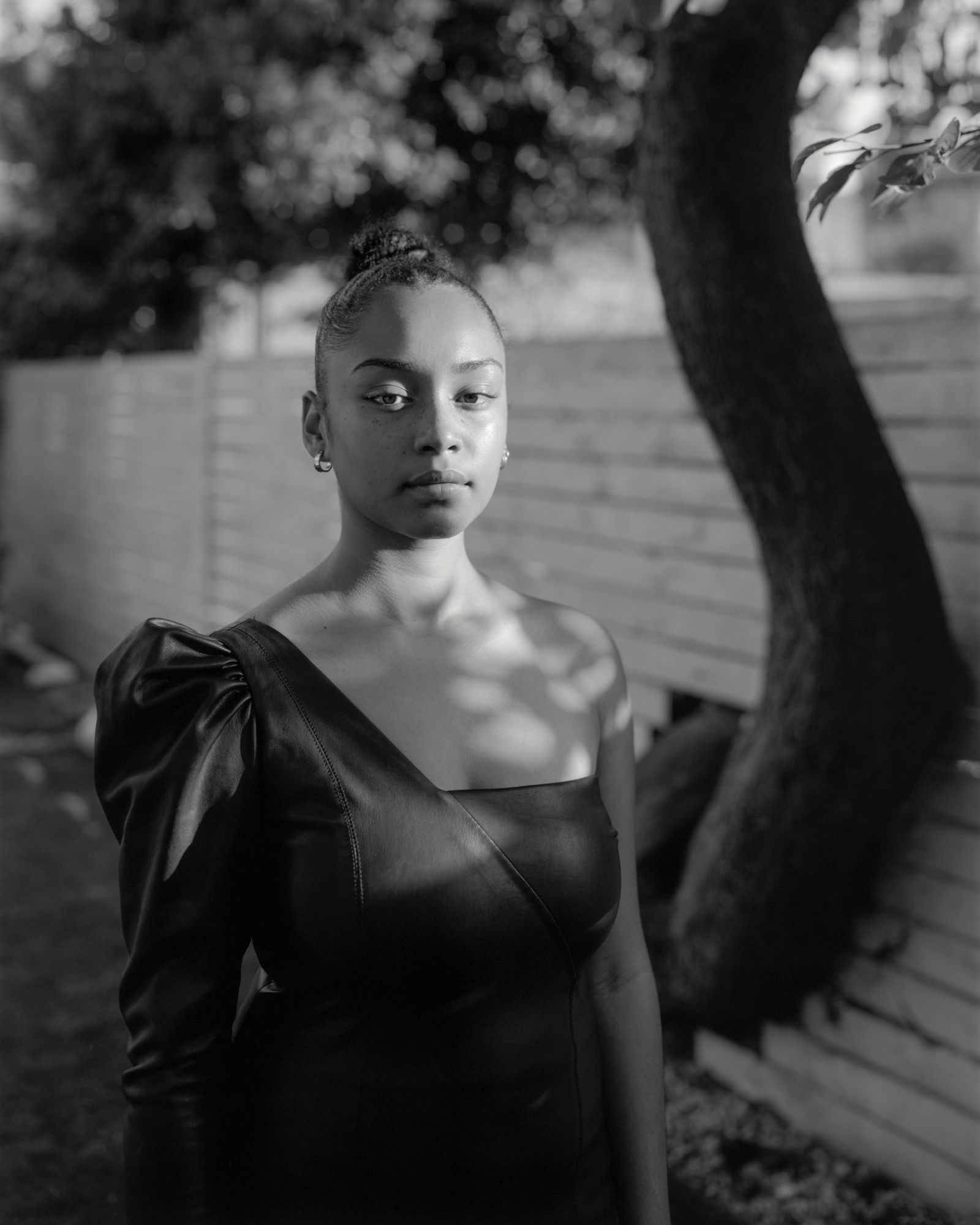 Through friends, through social media, and through local school newsletters, Tomlinson photographed a total of 44 teenagers from June through to September, when schools reopened again. She would walk the streets of North London with her large-format 5/4 camera, and photograph what she found.

“I wouldn’t always know what my subjects looked like,” she says. “I didn’t know what to expect from them as personalities, nor did I know what to expect in terms of their personal circumstances. There was no casting or styling; I asked them to dress in their Prom outfit and we just went from there.”

No editing has taken place in the resulting book of the work; each subject has been included, without exception. “Some of the images are formally stronger than others, I know that,” she says. “But it felt too harsh to edit anyone out ”

The stillness of austere portrait photography—its magnifying-glass quality—was used by Tomlinson as a “leveller,” she says.

“One of the girls I photographed was living in a hostel,” she says. “Whereas some of them were living in £4m townhouses in Highbury. I have decided not to speak about it in the work. But it really drove home to me the huge economic divides that exist behind closed doors in London.” 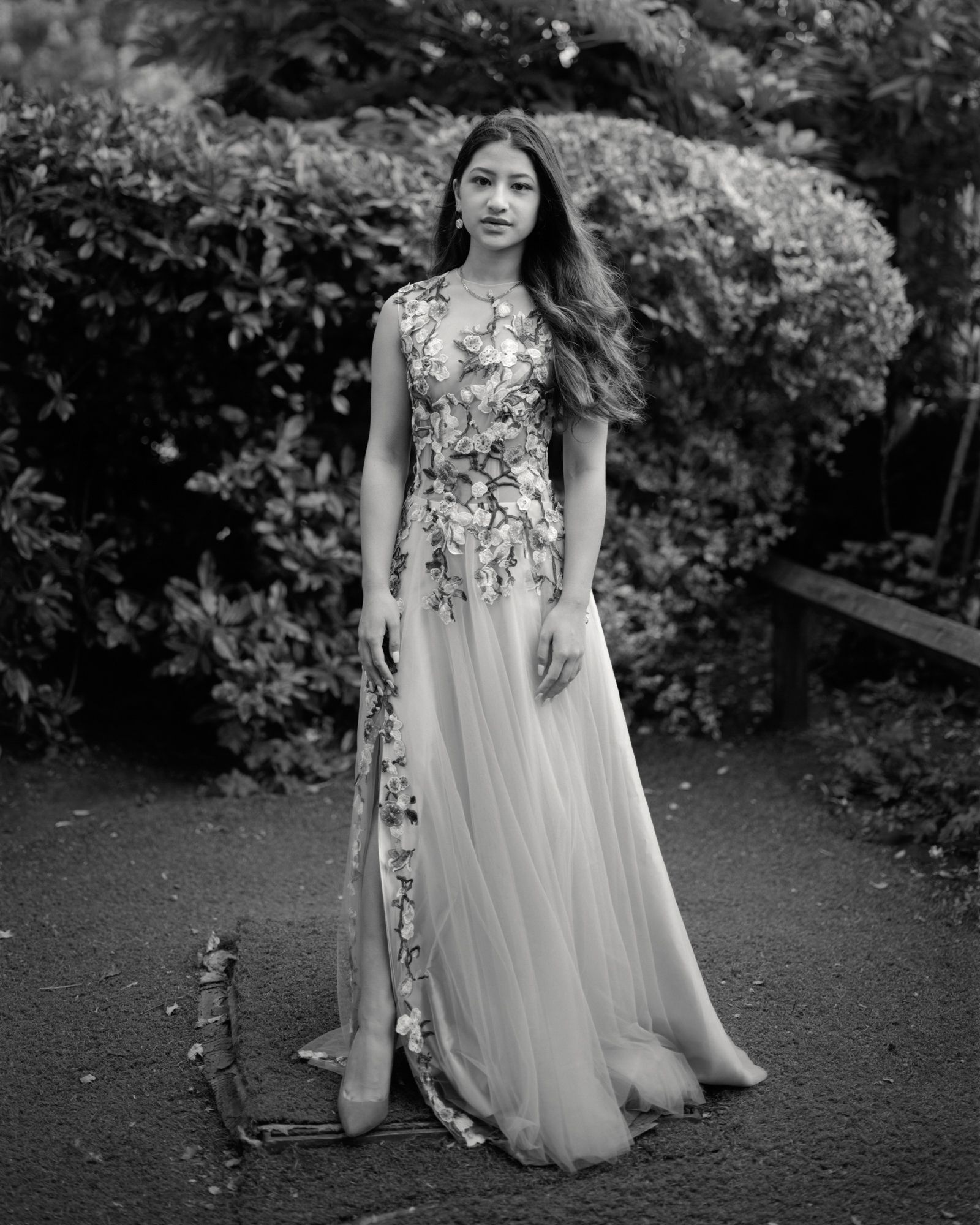 Tomlinson would meet the teenagers at home, but would ensure the portrait was taken in their gardens or backyards. If they did not have their own outdoor space, they would walk together to the local park.

"I didn’t want to do their bedrooms or interiors,” Tomlinson says. “I didn’t want the series to be a statement about class. I didn’t want to invite judgements about their status. I wanted to strip all the detail out. Natural spaces felt more democratic.”

Tomlinson hopes the series might prompt a moment’s pause to consider the fate of one of society’s most maligned groups. “There’s often a lot of bad press around teenagers, especially in London,” Tomlinson says. “These aren’t joyous images, but I wanted to portray them in a good light, because I met a lot of strong characters who have responded to everything that’s happened this year with a lot of determination and positivity. I really admired their ability to adapt to the situation—perhaps it comes with youth.”