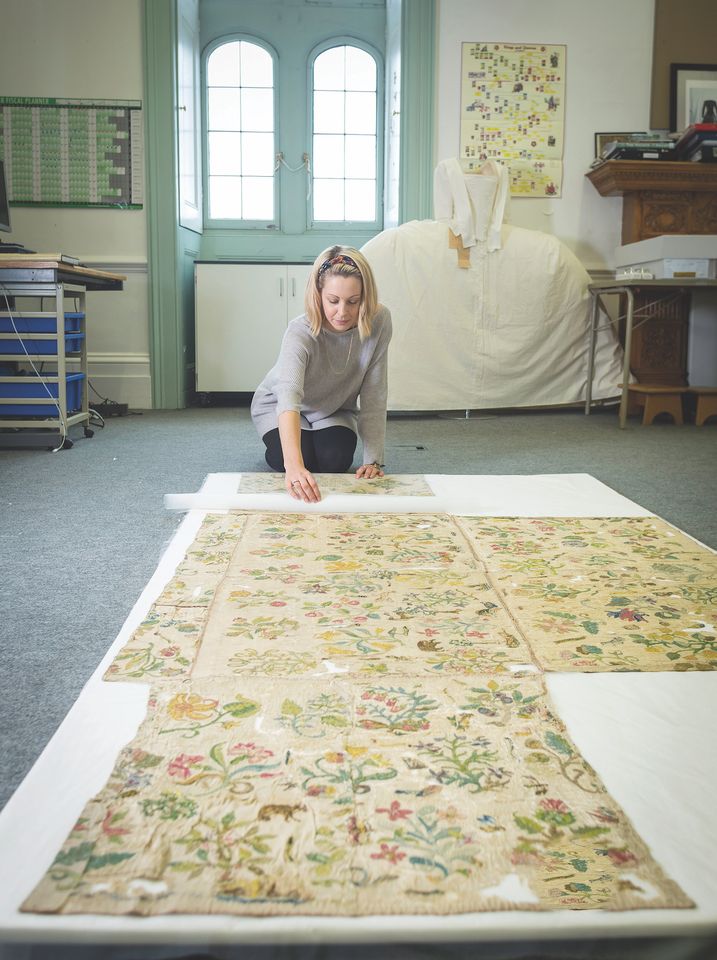 A rare piece of cloth dating from the reign of Elizabeth I that has covered the altar of a rural English church for centuries is now thought to have originated as part of a dress worn by the monarch and will go on view in an exhibition on 12 October at Hampton Court Palace.

Accompanying the altar cloth in the exhibition, titled The Lost Dress of Elizabeth I, will be the so-called Rainbow Portrait of the queen dating from around 1600-02, in which she wears a dress with strikingly similar embroidered flora and fauna.

Eleri Lynn, a collections curator for the independent charity Historic Royal Palaces who specialises in Tudor fashions, discovered the connection between the two pieces in 2016 when she came upon a photograph of the altar cloth at St Faith’s Church in the village of Bacton in Herefordshire. The church is closely associated with Blanche Parry, a Bacton native who was a member of Elizabeth’s inner circle and served as her first lady of the bedchamber.

“The altar cloth looked to be late 16th-century to me, so I thought I’d better go have a look,” Lynn says. “Really excitingly, we know that Blanche received gifts from Elizabeth herself, so I went there slightly heart-in-mouth.”

“As soon as I saw it I knew it was special because of the materials and the level of skill in the embroidery,” she says. The curator asked to borrow it, and the cloth has been under study for three years at Hampton Court Palace.

The T-shaped cloth, pieced together from panels of various sizes, is made of Italian silver silk, which was reserved by law for the highest levels of the Elizabethan court – royalty or the rank of earl or countess, Lynn explains. “The amount of silver [threads] in the cloth would have cost as much as a substantial house in the 16th century,” she adds.

The embroidery was executed in coloured silk, with the floral motifs professionally sewn “with a breathtaking level of skill”, Lynn says. A second phase of embroidery – caterpillars, butterflies, hunting and fishing scenes – was probably executed by noblewomen at the court. All those motifs can be found in fashionable print books from the Elizabethan period, she says.

The cloth is a “standout piece of conspicuous consumption”, making it likely that it was worn by the queen, Lynn says. Elizabeth was known to forbid ladies in her court from competing with her elaborate attire. “There are stories of how she would publicly chastise the ladies who dressed too finely,” Lynn says. 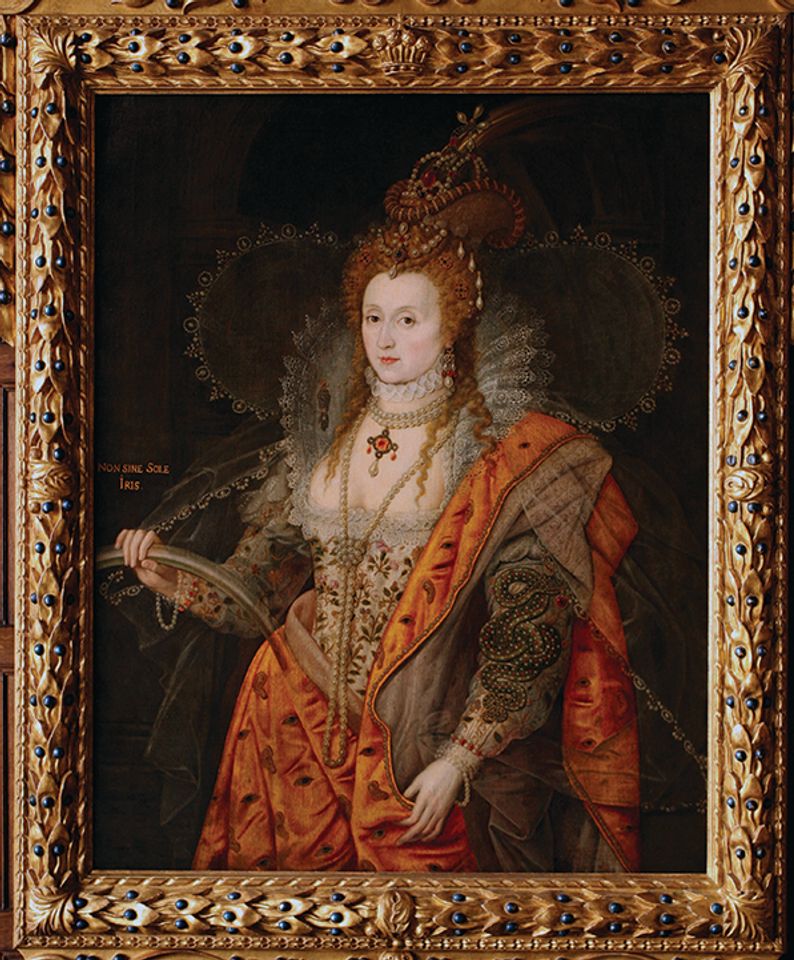 Of the nearly 2,000 garments thought to have made up Elizabeth’s wardrobe, only accessories such as gloves or riding boots are known to have survived, making the cloth that much more of a rarity. Researchers have ruled out the possibility that Parry donated it to the church in Bacton: she died in 1590, and stylistically the cloth is thought to date from the mid-1590s to around 1600. They are considering the possibility that the queen or the court ladies who tended to the royal wardrobe sent it to the village in memory of Parry.

Specialists at Hampton Court have spent more than 1,000 hours conserving the cloth, including removing an early 20th-century canvas backing that was stitched with a crude cotton thread and was warping the silk. They replaced it with a silk habotai with fine stitching to stabilise the weaknesses.

In the exhibition, the cloth will be displayed flat in a case alongside the Rainbow Portrait, borrowed from Hatfield House in Hertfordshire. Variously attributed to the Flemish artist Marcus Gheeraerts the Younger or to the French-born painter Isaac Oliver, the portrait brims with symbolism: Elizabeth holds a rainbow, signifying her celestial power; a serpent represents wisdom; pearls suggest purity; and eyes and ears on her cloak symbolise vigilance.

Samples of 16th-century embroidery and the pattern books that inspired them will also go on view along with labels exploring the altar cloth’s materials, embroidery and symbolism.

The goal, Lynn says, is “to have the public interact with our work, not just as a finished product but as a process to engage with.”