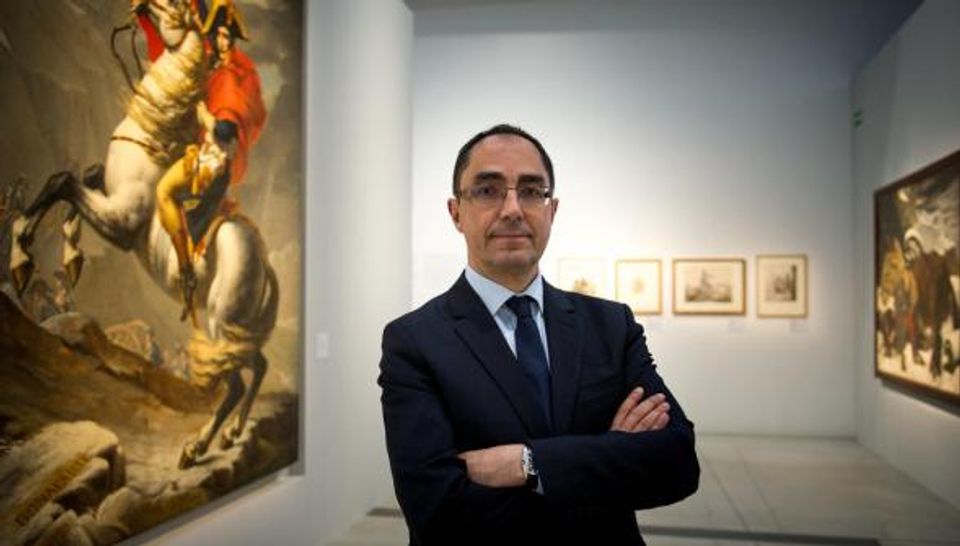 The French president, Emmanuel Macron, has extended the tenure of Jean-Luc Martinez as director of the Louvre for another three years. Martinez was appointed in 2013, replacing Henri Loyrette; he joined the Louvre as a curator of Greek sculptures in 1997.

In a statement issued by the culture ministry, the minister Françoise Nyssen singled out Martinez’s national and international initiatives such as the launch of the long awaited Louvre Abu Dhabi last November. In an impassioned address at the opening on Saadiyat Island, Martinez, said that “the Louvre Abu Dhabi has finally been born. This project is first and foremost an Emirati initiative; they have decided that the 21st century will be for knowledge and culture.”

The Emirati government paid €1bn for the Louvre’s brand and expertise (the loan of the Louvre name is for a period of 30 years and six months). In an interview with The Art Newspaper in 2016, Martinez said: “Louvre Abu Dhabi came about because the Emirati government requested it. If another country submits a proposal, we’ll consider it.”

Nyssen says that Martinez should keep extending the Louvre’s global reach by continuing the partnership with Agence France Muséums, the French government agency responsible for the Louvre Abu Dhabi. Martinez must also maintain the Louvre’s position as “the world's leading museum, by developing projects for international exhibitions and scientific partnerships around the world, particularly in Asia”.

In 2015, Martinez devised a 50-point plan to protect heritage in areas of conflict. In a masterstroke of cultural diplomacy, the Louvre also launched a major exhibition at the National Museum of Iran in Tehran, comprising 50 works drawn from its collection and the Musée Eugène Delacroix in Paris (The Louvre in Tehran, until 3 June).

Nyssen also highlights the dramatic drop in visitor figures to the Louvre after the terrorist attacks in Paris in 2015 and 2016. Attendance subsequently increased in 2017 (calendar year) when the museum drew 8.1m visitors, a 10% increase since 2016. “One of the challenges under [Martinez’s] tenure will be to maintain increased attendance,” the ministry statement says. Meanwhile, the Louvre-Lens satellite in the north of France drew “more than 450,000” visitors last year, Louvre officials say.

The minister also points to the new storage centre under construction at Liévin near Lens which will house 250,000 works from 2019. In 2015, 42 Louvre curators expressed concerns about moving works to the new 35,000 sq ft. storage facility. The Louvre’s holdings continue to be at risk however in Paris from the flooding of the River Seine.