Louvre-Lens to restore Le Brun lost after the French Revolution

An important picture by the 17th-century French court painter Charles Le Brun that was missing for more than two centuries is being restored at the Louvre-Lens museum before going on show at the Louvre in Paris later this year.

The circular painting Christ in the Garden of Olives was commissioned by the Marquise du Plessis-Bellière, a leading patroness of the arts under Louis XIV, in around 1660. It was later bought by the king.

“This was a hugely successful painting,” says Nicolas Milovanovic, the chief curator in the Paris museum’s paintings department. “When [the art collector and chief minister of France] Cardinal Mazarin saw it, he wanted a copy. A third version was made for Anne of Austria. We know [there are] around ten other versions. It was a painting that pleased many people.”

It disappeared sometime after the French Revolution, along with thousands of other works seized from royalists and religious institutions by the revolutionary government. It was eventually recovered, in 2008, from the Abbaye de La Trappe, a monastery in the Orne region, where it had been since 1820. It was one of many paintings parcelled out after the royalist restoration as compensation for revolutionary seizures. 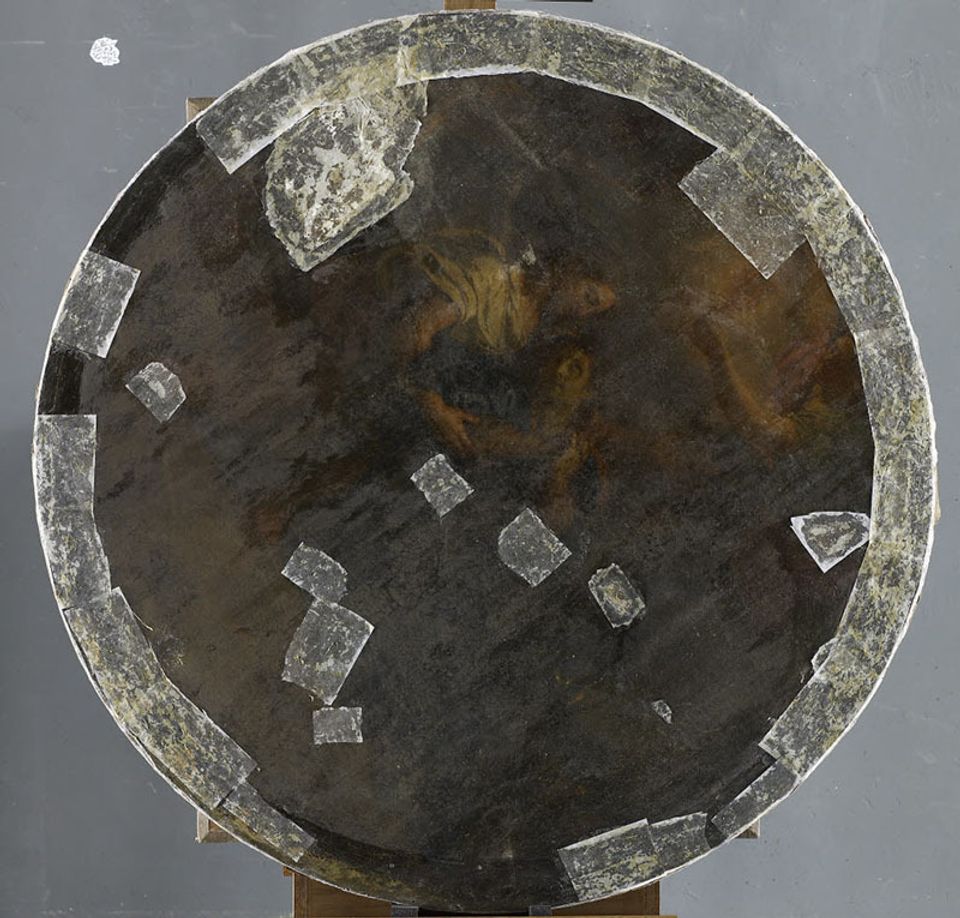 Restoration of Le Brun's Christ in the Garden of Olives: Blackened by age and almost invisible, the Louvre’s version was initially thought to be a copy, but technical examinations and records in the Louvre’s archives have shown it to be the original, according to Milovanovic.

Blackened by age and almost invisible, the Louvre’s version was initially thought to be a copy, but technical examinations and records in the Louvre’s archives have shown it to be the original, according to Milovanovic. Underneath layers of dirt, which the restorers are cleaning off, the painting appears to be surprisingly well preserved apart from damage in one area that will need to be retouched, he says. “It has not been relined. It is still on its original stretcher and it has not been spoiled by botched restorations, precisely because it was forgotten for so long.”

The picture will go on display in the Louvre’s Salle Charles Le Brun, in its Sully Wing, after treatment. The wing is due to reopen in October or November after a five-year renovation.