The woven hanging bears a slogan from Hitler's Mein Kampf 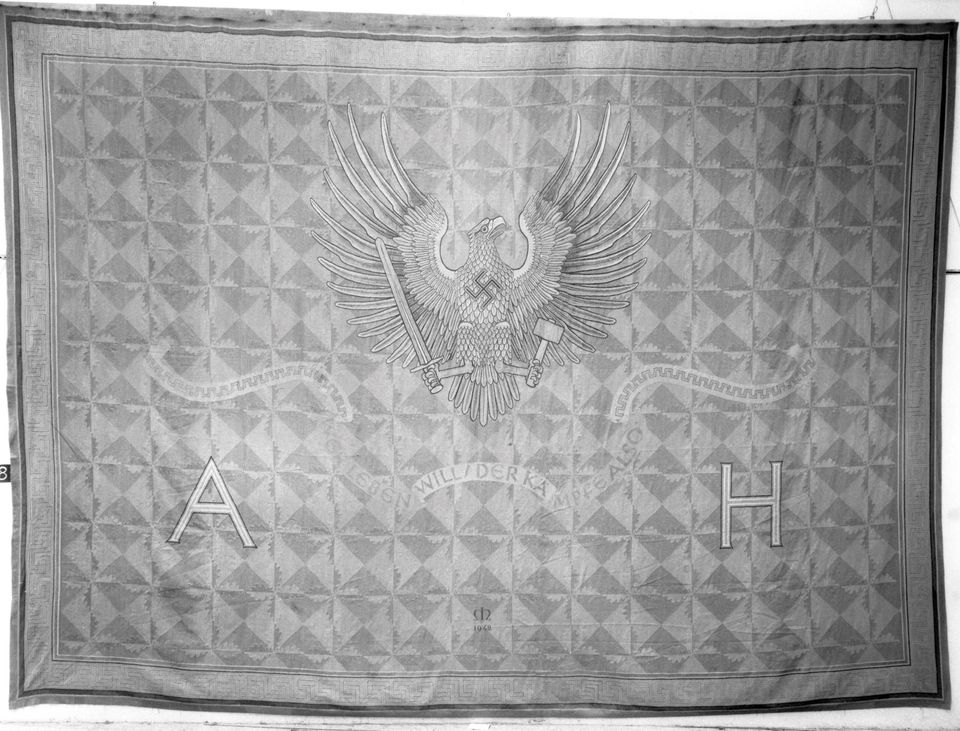 A tapestry with an extremely chilling story lies hidden away in the vaults of the Musée du Louvre in Paris. The enormous, 30 sq. m, hanging is emblazoned with a swastika on the chest of an heraldic eagle and the very prominent initials “AH”. A slogan in the middle is from Adolf Hitler’s book Mein Kampf: “Wer leben will, der kämpfe also” (He who would live must fight).

But what is much more disturbing is that, woven into the tapestry, is 3.5kg of gold thread, recorded as having been “delivered by the Nazi party”. At the bottom is the year of its creation: 1942.

Where would the Nazis have found 3.5kg of gold at the height of the Second World War? In January 1942 the Nazis made the heinous decision at the Wannsee Conference to exterminate Europe’s entire Jewish population. Although the rest of Hitler’s slogan is not woven into the tapestry, his next sentence was that those who do not fight “have no right to exist”.

None of the sparse official records on the tapestry refers to the original source of the gold, but it is surely likely that it came from the jewellery of Jewish victims who were dispatched to the extermination camps. It could even have come from the teeth of those who had been gassed. So, although this remains speculation, the tapestry may well have been woven from what was left behind by thousands of murdered Jews. 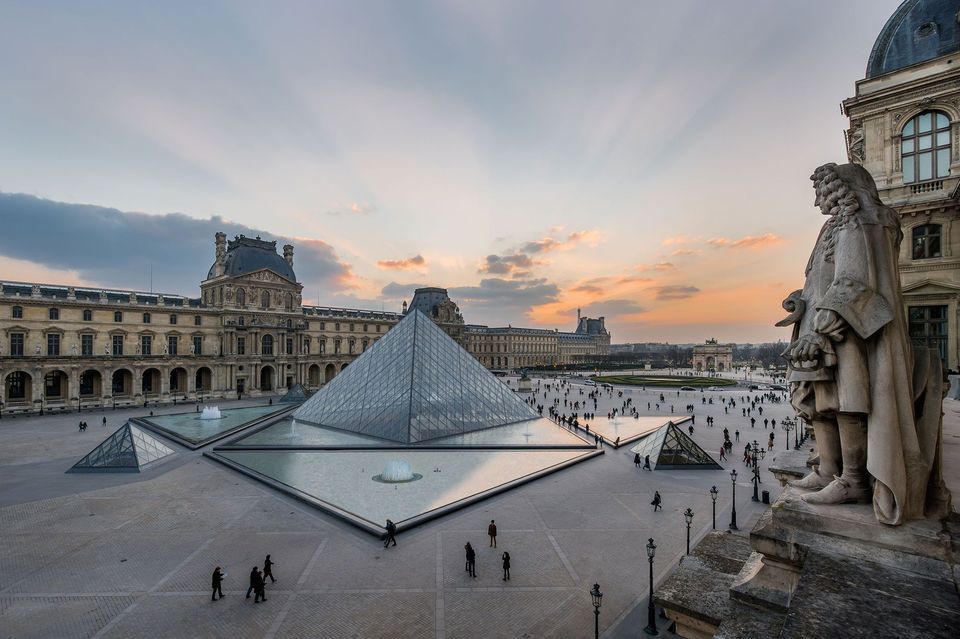 Last month The Art Newspaper set out to investigate how this Nazi relic ended up at the Louvre, one of the great museums of world civilisations. The tapestry has remained hidden away—an embarrassment—and it has received no serious media attention since the war.

US and French archival documents reveal something of the story. On 22 April 1949 the tapestry arrived at the US army’s Munich Collecting Point, where works displaced during the war were assembled. Initially it was thought that the tapestry had been woven in Paris at the historic Gobelins factory. But further research by the French official Rose Valland in 1949 revealed that it had come from the Nymphenburg factory on the outskirts of Munich.

A note by Elie Doubinsky, the French representative at the Collecting Point, recorded that the tapestry’s 3.5kg of gold had been provided by the Nazi party. Once the Nymphenburg connection had been established, he determined that “France has no right to this work”.

Nevertheless, the head of the Collecting Point, the American “Monuments Man” Stefan Munsing, ordered that the tapestry should be sent to France. This was a surprising decision, since only works of art taken from France should have been returned there.

The tapestry was sent with the next convoy to Paris, arriving on 9 June 1949. Shortly afterwards it was handed over to the Louvre.

The tapestry is not owned by the Louvre, but is deposited there as part of the Musées Nationaux Récuperation (MNR), which comprises 2,000 works recovered in Germany in 1945. These are objects that are believed to have come from France and whose pre-war ownership remains unknown, so it has not yet been possible to restitute them.

But although part of the MNR, the tapestry is an anomaly, since it had not come from France. MNR works are required to be publicly accessible, which “excludes prolonged storage”. Yet it has, understandably, never been exhibited and no colour photographs of it have been published.

Theoretically, the German federal government could try to reclaim the tapestry, although it may have little wish to assume responsibility for such a tainted object.

The Louvre referred us to the ministry of culture whose spokesperson admits that the tapestry “was sent to France, although it was not created in France”. The ministry then quietly made an about-turn on the tapestry’s status. Until last month it was described in the MNR records as “probably looted”, but five days after our queries this changed to “not looted”. The spokesperson says an error was rectified, since there was “no victim” of plundering or a forced sale.

What should be done with the Hitler tapestry?

The Hitler tapestry is an object that no one really wants, although it surely must be preserved. But is the Louvre the appropriate depository? Arguably, the tapestry should not be in an art museum, but an historical one.

If so, the Deutsches Historisches Museum in Berlin would be the obvious home, since it holds a considerable collection of Nazi objects and has the curatorial knowledge to store and sensitively display such items in appropriate circumstances.

But it is difficult to envisage the tapestry ever going on display, mainly because of its glorification of Hitler, but also because of its enormous size. Theoretically, it could be destroyed and the gold recovered, which would now be worth around €200,000. As the US official Munsing put it bluntly in 1949: the tapestry “lacks any artistic value” - its “only value is comprised by the gold thread”.

The French ministry of culture responded that “there is obviously no question of destroying it”, since the tapestry represents “an element of history”. Despite the horrific ideology behind the tapestry, it would be heartless to destroy an object which may well have been created from gold seized from Nazi victims.