Previous highest figure was 540,000 people for the Eugène Delacroix show in 2018 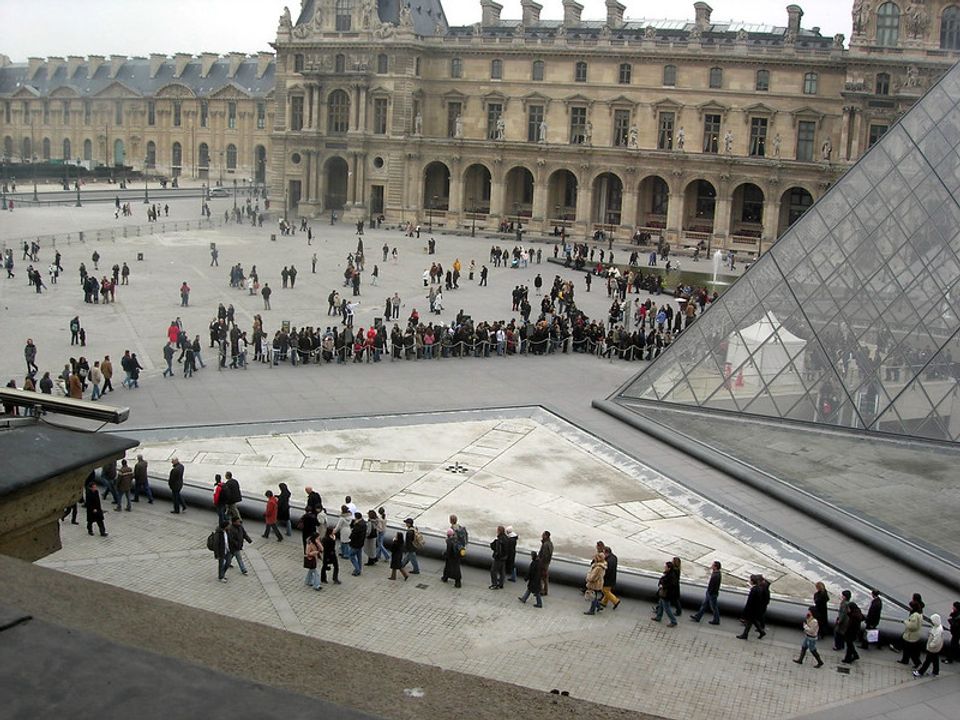 Queues form outside the Musée du Louvre in Paris © Flickr/Gideon

The Louvre has announced record visitor figures for its Leonardo exhibition which was seen by 1,071,840 million visitors over its four-month run, according to museum officials. The figure easily exceeds the Louvre’s previous record breaking attendance for the retrospective devoted to Eugène Delacroix in 2018, which attracted 540,000 visitors.

The museum accommodated the huge number of visitors by offering 46 extra ‘nocturne’ visits (night openings running until 10pm) and opening non-stop for almost 81 hours during the final weekend of the show (21-24 February), enabling 30,000 more visitors to see the blockbuster exhibition.

On Tuesdays, when the museum is closed, 85 groups, including school and disabled parties, were given access. More than 380,000 people in total were given free admission. Meanwhile, compulsory reservation for tickets “smoothed the flow of visitors”, the museum says, along with a free guide to the works, printed in French and English (there were no captions).

The exhibition which opened last October, marked the 500th anniversary of the artist’s death in France. The Louvre managed to secure four autograph Leonardo paintings (Benois Madonna, the lesser-known La Scapiliata, St Jerome and Portrait of a Musician) for the exhibition in addition to the five masterpieces it owns including La Belle Ferronnière (around 1495-99) and Virgin of the Rocks (around 1483-86). The Salvator Mundi, which famously sold for $450m in 2017, was not included.

Jean-Luc Martinez, the Louvre president, says in a statement that he is proud of “bringing together the greatest number of Leonardo's works and welcoming so many different audiences”.