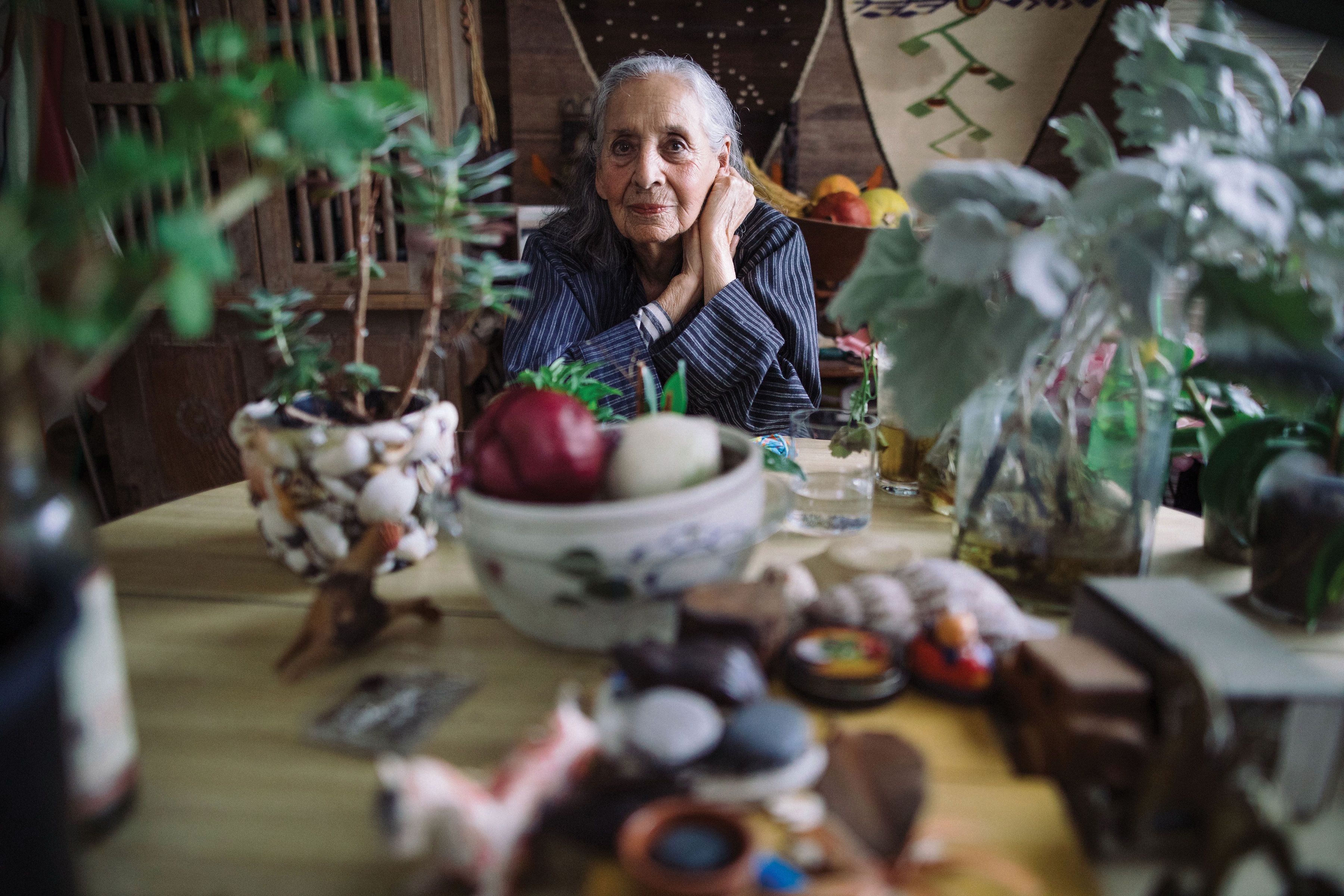 Luchita Hurtado, the Venezuelan-born painter who gained international recognition in her 90s, has died at age 99. While Hurtado painted since she was young, her fame came late in life, though when it finally arrived it did so uproariously. “At 99 you’ve lived a long time and you’ve been different people,” the artist told The Art Newspaper in an interview earlier this year, when a major retrospective of her work opened at the Los Angeles Country Museum of Art. “When I was 30, I was one person. At 60, I was someone else. Now at 99, I’m another person entirely.”

Hurtado held her first solo show in 1974 in Grandview One Gallery’s Woman’s Building, and did not have a second one for more than 40 years until, in 2016, the nonagenarian artist held a small exhibition of drawings and paintings from the 1940s and 50s at Los Angeles’s Park View Gallery. The show received a glowing write-up from The Los Angeles Times art critic Christopher Knight, who praised the work’s “salutary visual grit”, noting that it “was multicultural before multicultural was cool”.

Then in 2018, a suite of the artist’s paintings from 1960s and 70s were featured prominently at the Hammer Museum’s Made in L.A. show—Hurtado’s first inclusion in a major biennial, at age 97. These paintings, many of which were self-portraits in which the artist’s body was rendered like a landscape, with breasts and feet acting as mountains against geometric backdrops that recall Latin American textiles, rightly soaked up a great deal of attention. That same year, the international gallery Hauser & Wirth began representing Hurtado, and the following year her first major museum retrospective, I Live I Die I Will Be Reborn, was organised by Hans Ulrich Obrist and opened at London’s Serpentine Galleries. The retrospective travelled to the Los Angeles County Museum of Art and was intended to continue on to the Museo Tamayo in Mexico City, but was canceled there due to the Covid-19 pandemic. 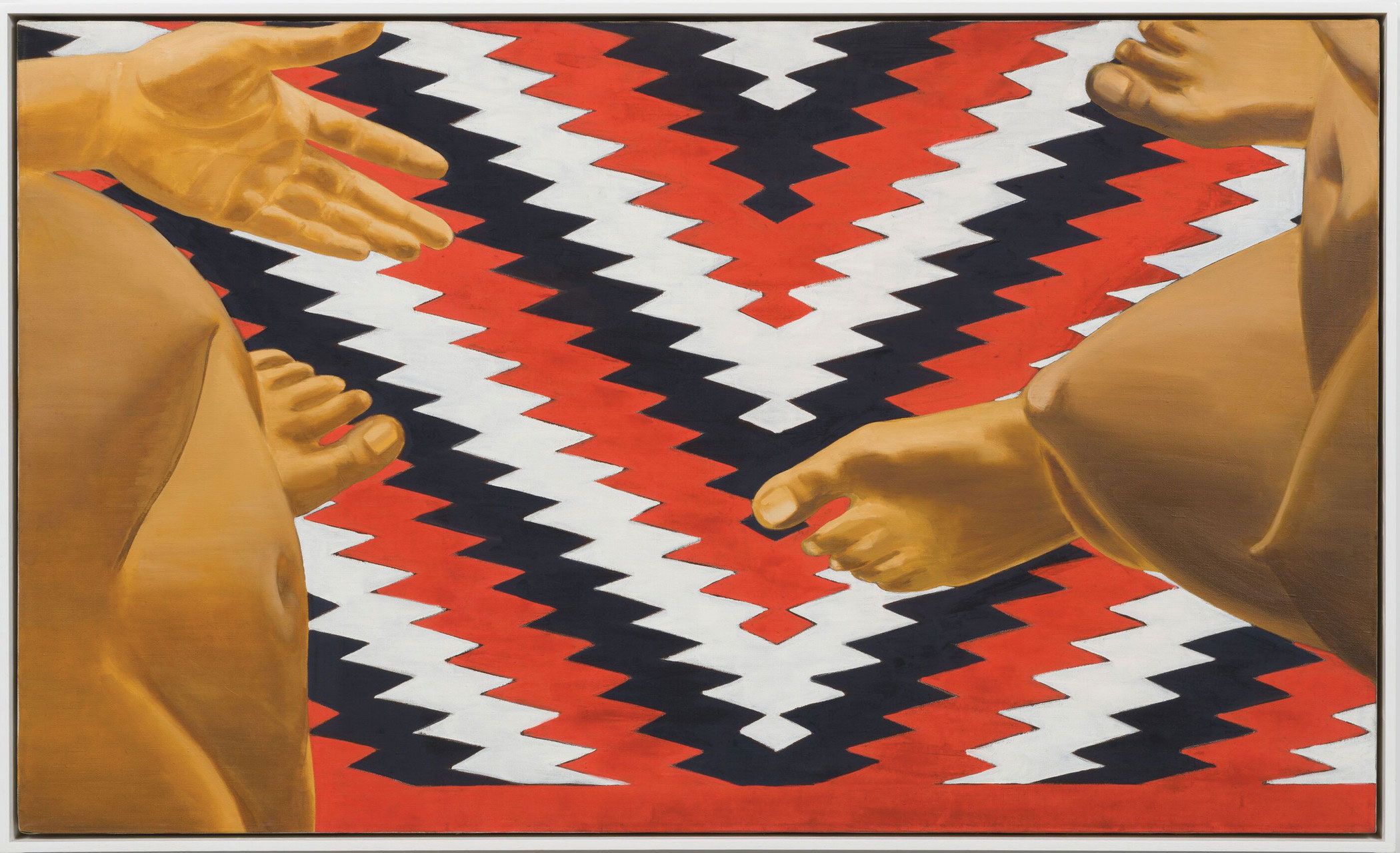 Hurtado was born in 1920 and lived outside of Caracas until she was eight years old, at which point her family moved to New York. She lived and worked throughout New York, Mexico City, the San Francisco Bay Area and Taos, New Mexico, before moving to the Santa Monica neighbourhood of Los Angeles in 1951, where she remained for the rest of her life. Though her commercial success came late, Hurtado cemented herself in artistic circles around the world—she posed for Man Ray (the portrait can be seen in this Art21 studio tour), and forged friendships with Frida Kahlo, Isamu Noguchi and Leonora Carrington, among others. Luchita’s third husband was the American artist Lee Mullican, who died in 1998, and the couple are survived by their two sons, Matt (also an artist) and John, as well as their two grandchildren, Cosmo and Lucy.

If there is one great theme to Hurtado’s enormous body of work, it is the cosmic unity of all things. “When I first saw photographs of the earth taken from outer space, I realised how interconnected we all are,” she told The Art Newspaper earlier this year. “The earth is my planet, and I’m involved with everybody in this world. This is my house, my home, my spirit lives here, I am terrestrial.” Hans Ulrich Obrist described Hurtado’s ability to render such oneness in the catalogue to Hurtado’s retrospective, where he wrote: “By coupling intimate gestures of the body with expansive views of the sky and the earth, Hurtado maps a visceral, connective tissue between different forms of life, highlighting our collective responsibility to maintain the inherent energy that binds us together.”

Her cosmic curiosity proved unyielding throughout the entirety of the eight decades she spent painting, and in an interview with T Magazine, Hurtado spoke calmly of her own mortality. “I’ve concluded that I’m going somewhere,” the painter said, “It’s not death; it’s a border that we cross. I don’t think I’ll be able to come back and tell you, but if I can, I’ll find a way.” Hurtado passed this border peacefully in her Santa Monica home on Thursday night.