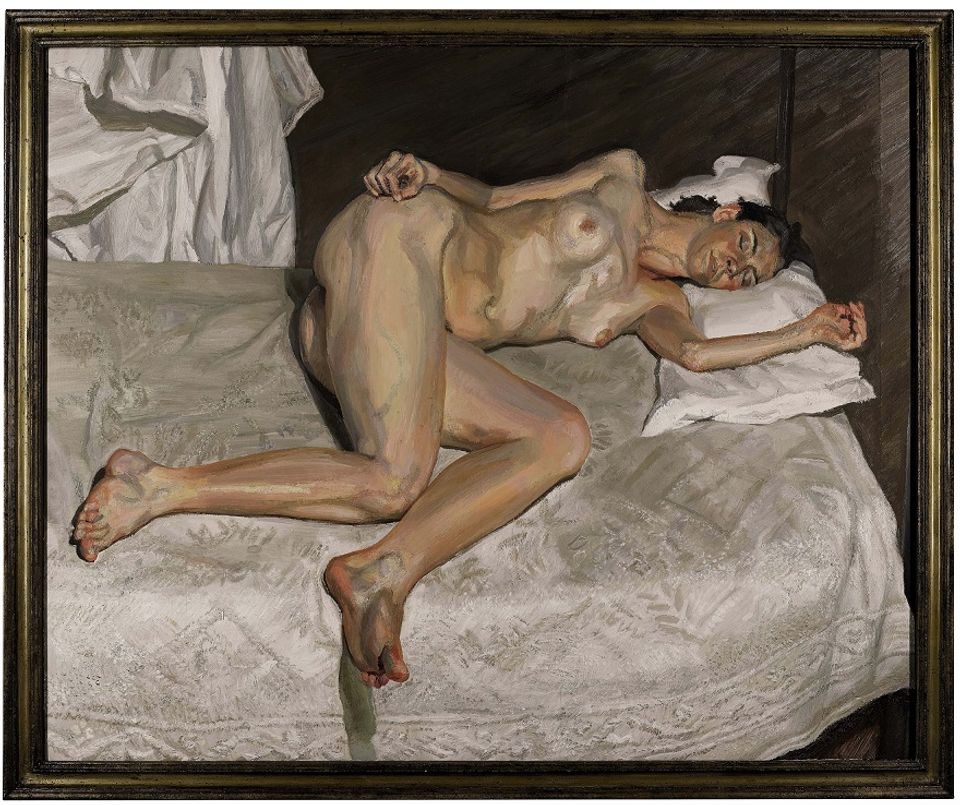 One of the last reclining nudes that Lucian Freud painted achieved £19.7m (£22.5m with fees) at Sotheby’s last night, making it the most expensive painting by the artist to be sold in London.

The strikingly composed Portrait on a White Cover (2002-03) saw bidding from Freud’s dealer, Acquavella Galleries, and Patti Wong, the chairman of Sotheby’s Asia, before selling on the phone to Alex Branczic, the auction house’s head of contemporary art in Europe. The canvas was one of 25 guaranteed works in the 44-lot sale, which racked up £94.2m (£110.2m with fees) in total, against an estimate of £79.7m-£108.2m.

The result is now the fourth highest for Freud, whose record stands at $56.2m (£36m) for Benefits Supervisor Resting (1994), which was bought by the Russian oligarch and owner of Chelsea football club Roman Abramovich at Christie’s in New York in 2015.

“This work is half the size of Benefits Supervisor Resting, so whichever way you cut the cake, that’s a good price,” says the London dealer Thomas Gibson of Thomas Gibson Fine Art. “It’s a strong picture; I would not have been surprised if it had actually made more.”

Estimated at between £17m and £20m, the work was priced “quite fully”, which can sometimes limit potential competition, says Nick Mclean of the London- and New York-based gallery Eykyn Maclean. “There’s always the question about exhaustion after [Art] Basel and the May sales in New York. But these larger scale works by Freud are pretty rare and this example is a good one of its type.”

The painting, which Freud began when he was 80, is of Sophie Lawrence, a little-known sitter whom the artist met when she worked as a cataloguer for the Tate, where Freud had a retrospective in 2002. The pair hit it off, “drinking champagne and gossiping” in his garden, according to The Telegraph.

Shortly afterwards Freud invited her to sit for him, which she did for five nights of every week for eight months. “I wouldn’t have done it for anyone else, but he is one of the best artists who has ever lived,” Lawrence says, who has since married and become Sophie Church. “It was incredibly intimidating, but he made me feel at ease. He was very good at building a rapport with people. I was very fond of him.”