The work, which took four months to paint in 2002, will be auctioned at Sotheby's this month 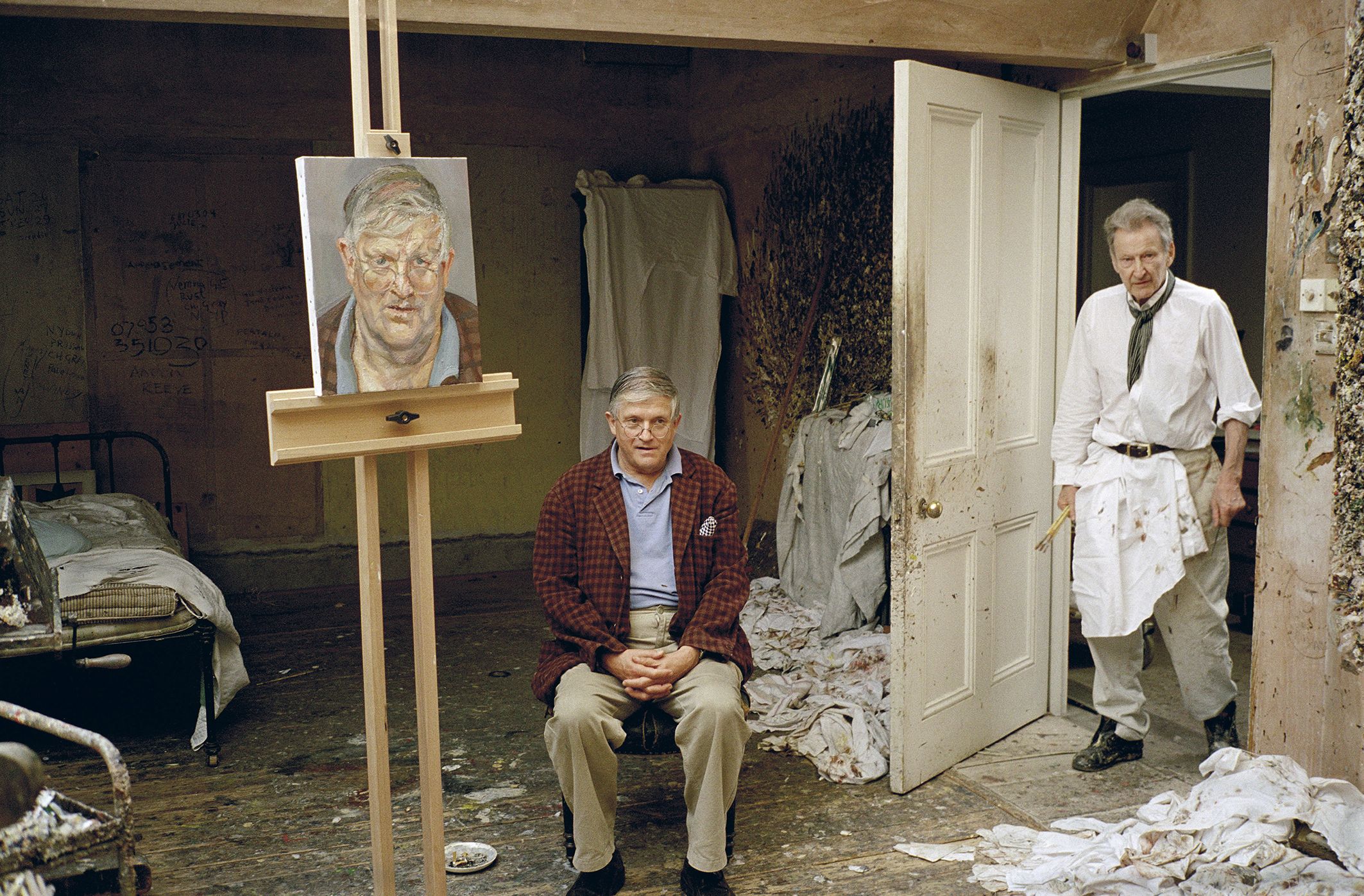 Lucian Freud and David Hockney are the two most exhibited artists in London this millennium, their names catnip to the UK's museum-going public.

Now, Freud's portrait of his friend and fellow artist, painted in daily sittings over the course of four months in 2002, is coming up for sale for the first time at auction this month. Offered in Sotheby's British Art Evening Sale: Modern/Contemporary in London on 29 June, with an estimate of £8m to £12m, it is sure to sell as it is already guaranteed by a third-party.

The painting was initially sold via Freud's dealer Acquavella Galleries in New York—the asking price was reported by the Guardian in 2003 as being around £3m. Hockney told the newspaper at the time: "I don't mind paying for it. I would like it, I admit." He added: "If it is sold, it will be sold only to me, probably."

The painting went to a private New York collection before selling privately to the current owner in 2015, says Tom Eddison, Sotheby's director of Contemporary Art, London, though he would not disclose their location.

Before being shown at Sotheby's in Hong Kong (from which it is now flying back to London), it was last exhibited in public at the National Portrait Gallery's Freud exhibition in London in 2012. 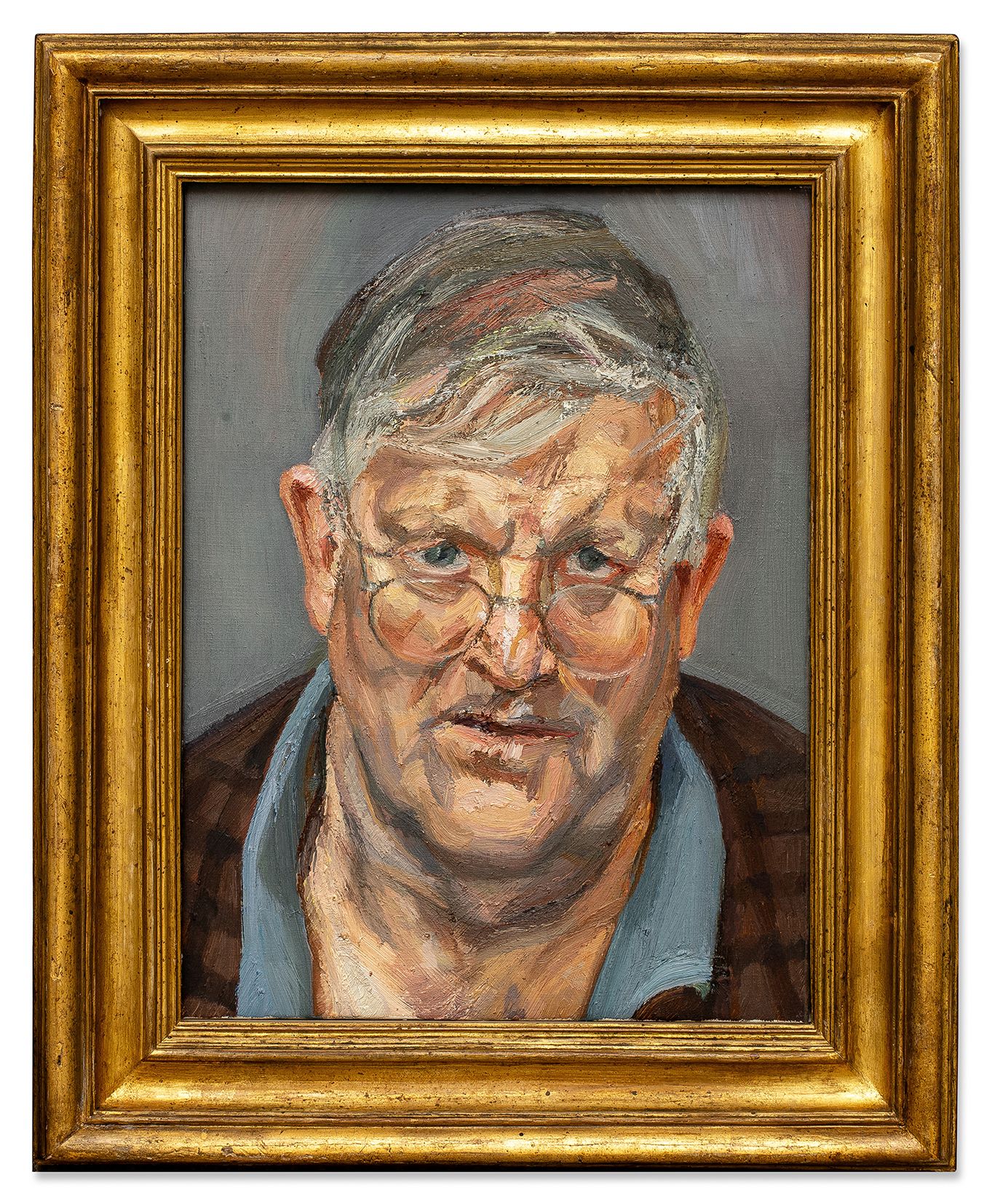 Freud and Hockney first met in 1962 through the Guinness family and by the time they painted each other, Freud was almost 80 while Hockney was a relatively sprightly 65. In Geordie Greig's book Breakfast with Lucian (2013), Hockney recalls turning up at Freud's Holland Park home every day at 8.30am to start his sitting, tea served from a grubby stovetop. He was allowed to smoke provided he did not tell Kate Moss—the supermodel had been banned from doing so during her sitting with Freud.

“I liked the old-fashioned bohemia of it all," Hockney said in Breakfast with Lucian. “Lucian’s talk was always fascinating. Sometimes it was just gossip about people we both knew, very amusing, very good put-downs that made me laugh. But we talked about drawing a lot. Rembrandt, Picasso, Ingres, Tiepolo... We talked a lot about Rembrandt drawings and how everything he did is a portrait, no hand or face is generic”.

Hockney later told William Feaver of the process: “It’s a duration, not a moment; not many people could look at a face for 120 hours and constantly do something with it”.

In contrast, when Hockney painted Freud's portrait it took only four hours, the Yorkshireman preferring to work quickly and in silence.

Eddison describes Freud's portrayal of Hockney as "a portal into the minds of two greats of the past 100 years of British art." He adds: "Freud was at the height of his career at this point, preparing for his big Tate Britain retrospective, and painting in that very thick impasto that lends an almost sculptural quality."

As Freud oils rarely come on the market and this is a depiction of one of the UK's most loved artists, Eddison expects this "window into a historic relationship" will "speak to many collectors from across the world."

The artist's daughter Bella Freud, who is curating a series of events at Sotheby's for its "summer programme" this month, says of the painting: "When David Hockney was sitting for this painting it was exciting to see them together, like the two cool older boys at school who were engrossed in each other’s conversation. I liked hearing Hockney say that he enjoyed the slowness of the painting’s progress, so he and Lucian could chat. We all loved chatting with dad, he was so interesting about everything."