The totem pole will travel from Washington State to Washington, DC and make stops at significant Native American locations 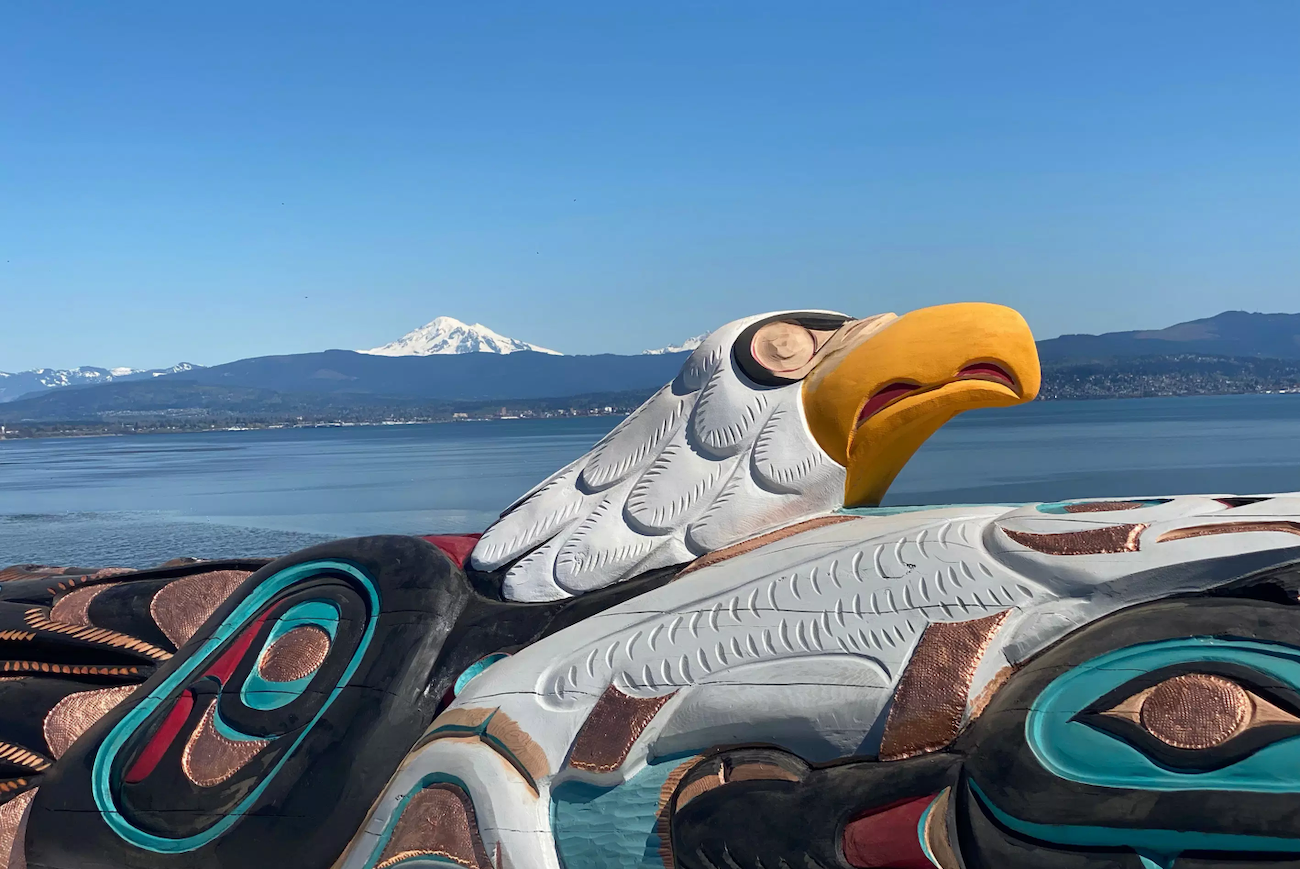 The totem pole will travel from Washington state to Washington D.C., where it will displayed at the Smithsonian's National Museum of the American Indian Freddie Lane

Artists of the Lummi Nation in the Pacific Northwest have created a striking totem pole that will tour the US this year to raise awareness about the preservation of sites sacred to Indigenous tribes that are threatened by development and extraction. The totem pole is envisioned as a call to action as well as a gift to the Joseph R. Biden administration and the interior secretary, Deb Haaland, the first Indigenous person to be appointed to a cabinet role.

The 24ft-tall totem pole was carved from a 400-year-old red cedar and features animal motifs including an eagle and a Chinook salmon, which is on the brink of extinction in the Pacific Northwest, and seven teardrops that symbolise the seven generations of trauma that resulted from European colonialism.

The work will travel from Bellingham in Washington State to Washington, DC, making stops at sacred sites in Idaho, Utah, Arizona, New Mexico and South Dakota before being displayed at the Smithsonian’s National Museum of the American Indian this fall.

The project, titled the Red Road to DC, is to be unveiled at a summit in July, and its journey will be livestreamed. Some significant stops include Bears Ears National Monument in Utah—an area sacred to the Navajo Nation that features ancient cliff dwellings, rock art and Indigenous artefacts and was shrunk by 85% under the Donald Trump administration—and the Black Hills in South Dakota and the Missouri River, which is threatened by the Dakota Access Pipeline. 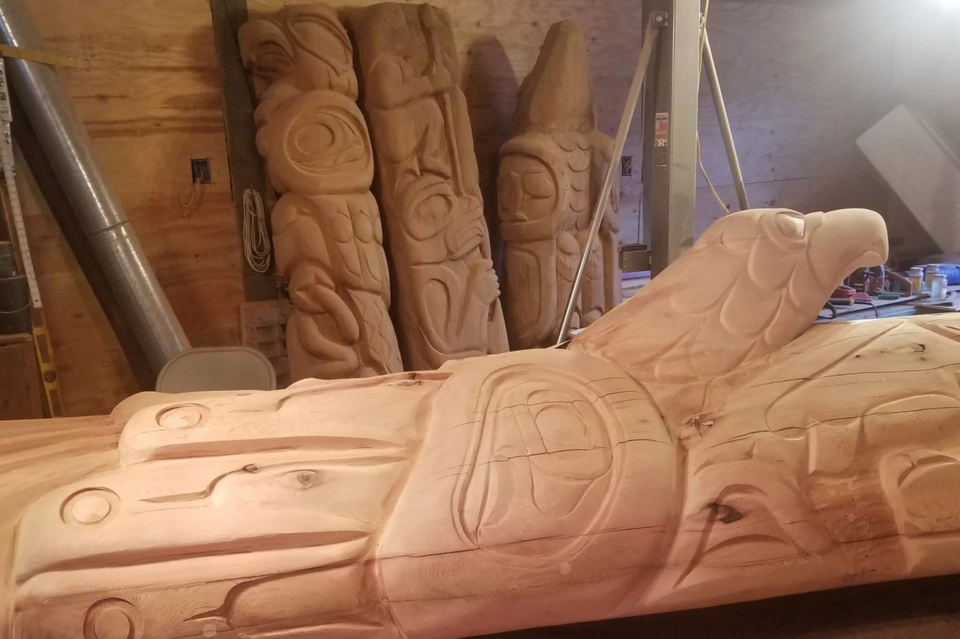 The making of the totem pole Lummi Nation/Freddie Lane

Jewell Praying Wolf James, a renowned Lummi carver who led the project, worked with a group of Indigenous artists ranging in age from four to 70 to realise the work. “We are all coming together, like figures on a totem pole, to produce an end vision: the protection of Native American sacred sites,” he writes in his artist statement.

He says organisers will work with local tribes along the route to perform blessing ceremonies that will underscore the need to protect sacred sites from corporate and government intrusions. “Sacred sites are extremely essential to Native belief systems.” The artist adds, "Native America has endured hundreds of years of oppression," and "spiritual practices and beliefs have not been completely exterminated.”