Lunar landing anniversary inspires tributes to the Moon across the globe 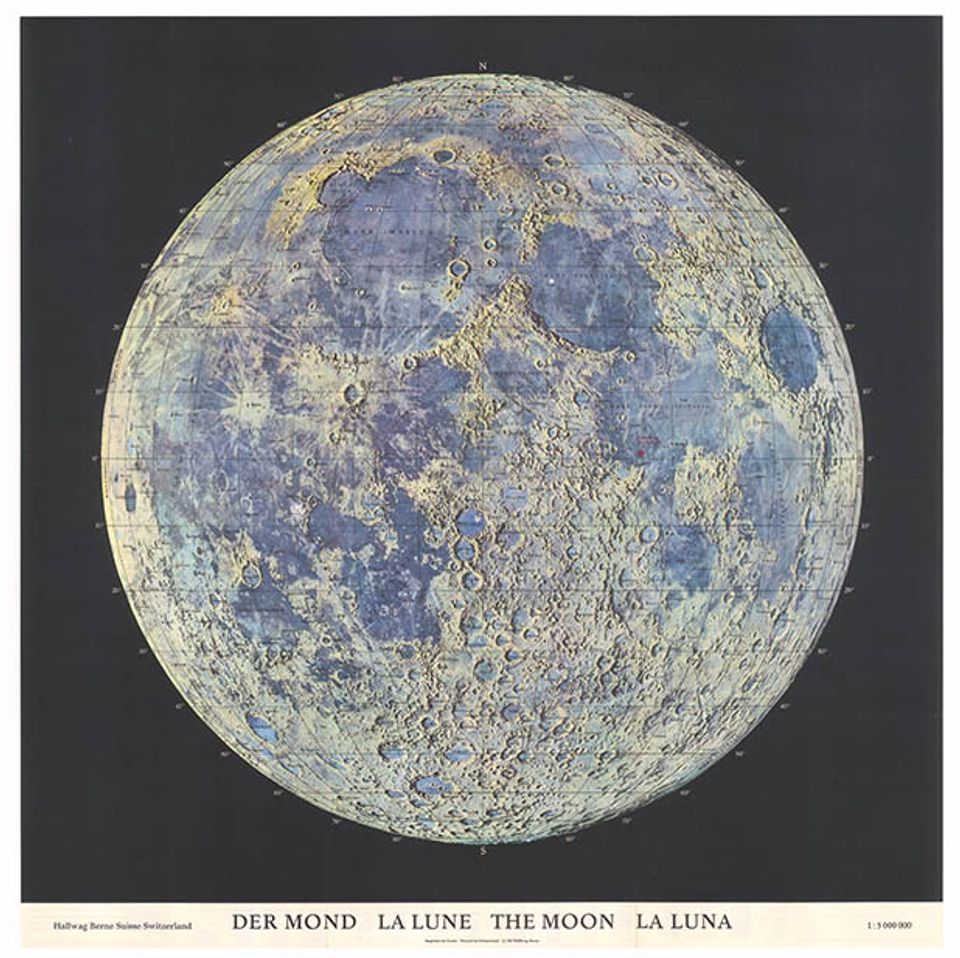 A half century ago, the first spaceflight to put man on the Moon took off from Florida’s Kennedy Space Centre. Is it a coincidence that this milestone 50th anniversary coincides with a full moon lunar eclipse today? One can only speculate on the cosmic mysteries of the universe—and humans have spent millennia doing just that.

To commemorate Apollo 11’s historic journey on 16 July 1969, museums, galleries and institutions around the world have been turning their sights skyward, launching exhibitions devoted to our enduring fascination with the changeable silver orb that illuminates the night sky and pulls our oceans’ tides.

Indeed, man has been charting the moon’s movements long before we ever dreamed of setting foot on it. At London’s The Map House, Mapping the Moon: 1669-1969 (until 21 August) surveys celestial cartography of the last 300 years. Featuring early 17th-century engravings of the solar system to a rare French horoscope-predicting device from the 1930s, Victorian-era illuminated star maps to Buzz Aldrin's space travel documents, the show charts our ongoing astrological, astronomical and technological pursuit of La Lune. 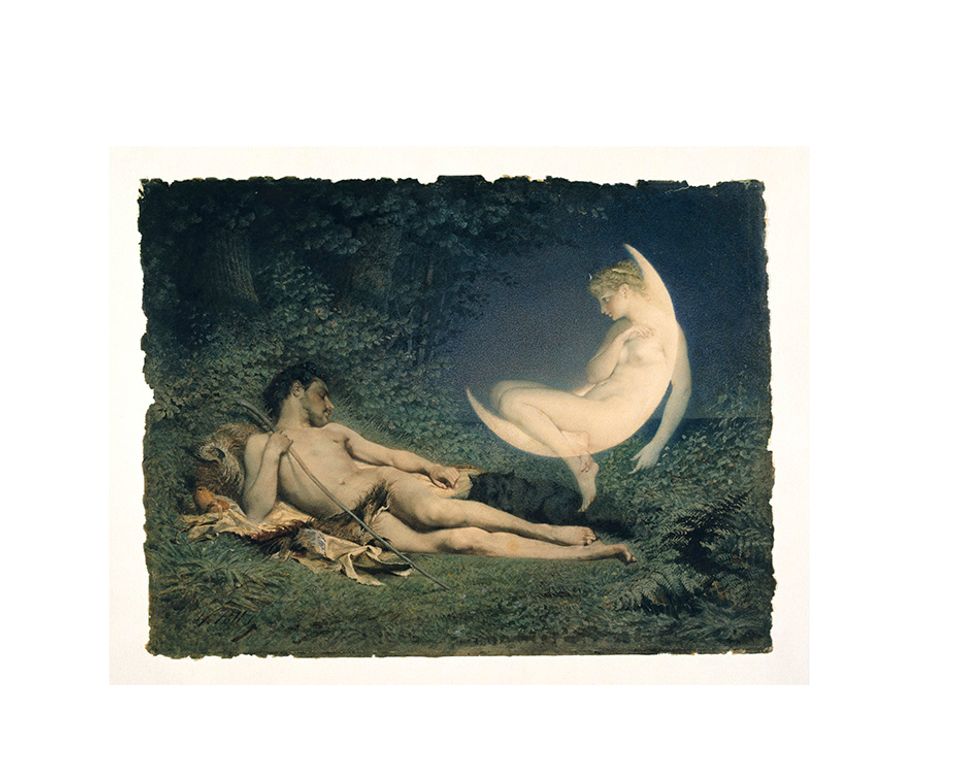 Our scientific understanding of the Moon is almost difficult to divorce from our artistic interpretation of it, so long has it captured our collective imagination in both disciplines. At the Royal Museums Greenwich in London, the simply titled exhibition The Moon, opening 19 July, features 180 objects probing our relationship to the Earth's nearest celestial neighbour, such as lunar samples collected from Nasa’s Apollo missions and the Soviet Union’s Luna programme, as well as works of art by JMW Turner, El Anatsui and Larissa Sansour. The oldest object in the show, a Mesopotamian tablet from 172 BCE, shows how lunar eclipses were considered bad omens (but do not let that dent your appreciation of today’s eclipse).

Indeed, scientific study and aesthetic appreciation of the Moon seamlessly merge in two shows devoted to lunar photography. At the Metropolitan Museum in New York, Apollo’s Muse: The Moon in the Age of Photography (until 22 September) presents 170 images of the Moon from the dawn of photography to the present, and includes cameras used by Apollo astronauts. On view until 5 January 2020, By the Light of the Silvery Moon: a Century of Lunar Photographs at the National Gallery of Art in Washington, DC, similarly explores how photographic technology radically shifted the clarity with which we saw the Moon, leading us into a worldwide space race to finally experience it for ourselves by sending a team of astronauts to scout its surface. 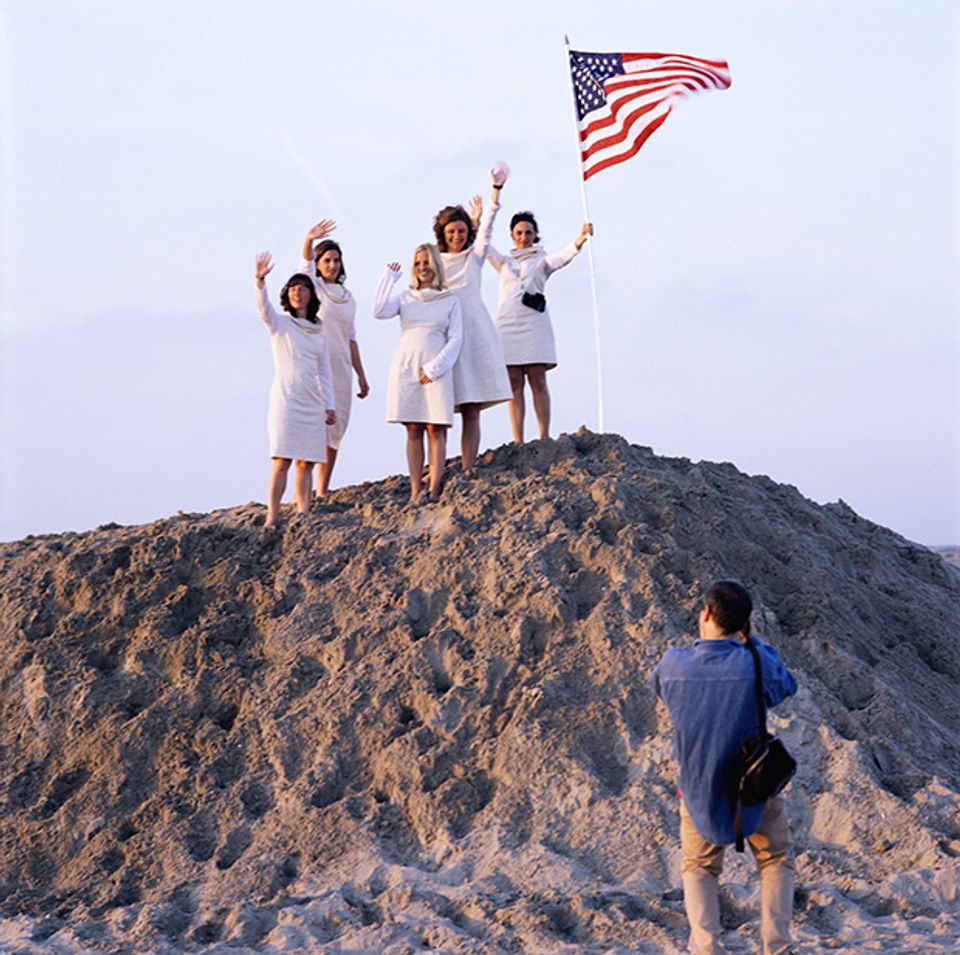 To be sure, planting a flag in the Moon remains a fantastic concept, one that has inspired many a conspiracy theory given how long the human race has wanted to realise it. Capitalising on the momentous occasion of man reaching the Moon, Christie's is offering the Timeline Book, touted as the key manual used to get Apollo 11 to its surface, in its One Giant Leap: Celebrating Space Exploration 50 Years After Apollo sale in New York on 18 July. Estimated at $7-$9m, the log explains how to undock the Eagle, survey the extraterrestrial ground and, most importantly, how to get back home to Earth. Included in it are notations by Aldrin within moments of lunar touchdown, constituting the first writing by a human being on another celestial body.

If the Timeline Book is not proof enough of a real lunar landing, Sotheby’s is offering videotape recordings of Apollo 11’s touchdown at its New York space exploration sale in New York on 20 July. Purchased directly from a US Government surplus auction in 1976 for $217, the footage is now estimated to go for $1-$2m. 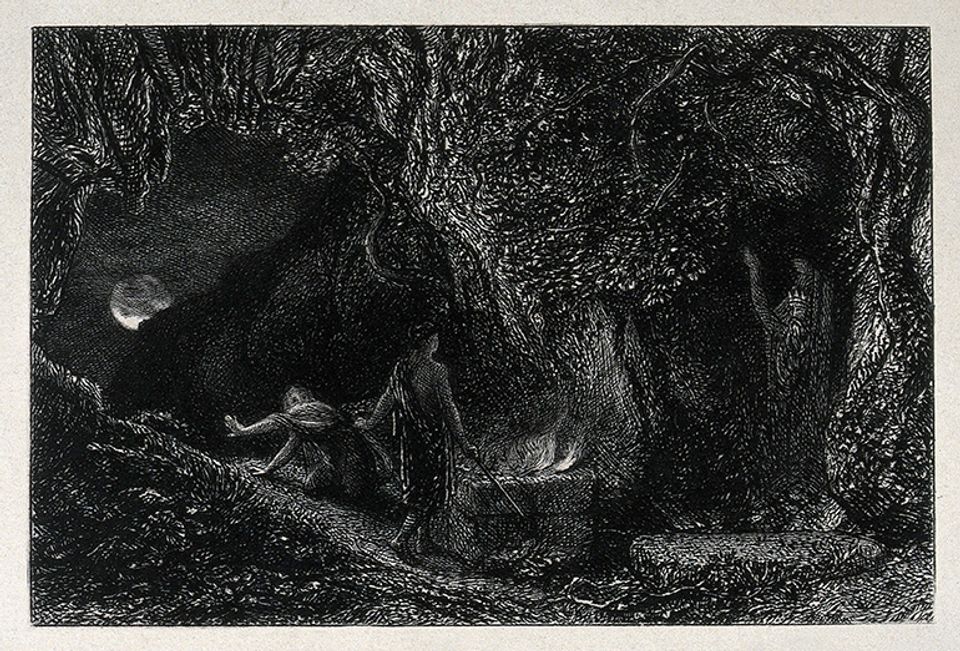 S. Palmer and A.H. Palmer's A wizard and his accomplice performing incantations in a forest during a full moon (c.1860) © Wellcome Collection.

But no matter how much we may try possess it, the Moon ultimately remains a thing of mystery, continuing to inspire wonder in us. It is in that spirit that the Moon Festival launches at venues across London on 19 July with a keynote speech by Booker Prize-winning author Margaret Atwood on the topic of maverick women and the Moon. Boasting a week of programming celebrating Luna’s silvery sublime beauty and enduring mystical intrigue, the festival’s week of events range from a photography exhibition by local artists to moonlit garden tours. Other events explore England’s nighttime subcultures that have long revelled in lunar light, including late-night dance parties and a history of witches worshipping the Moon.