After more than a decade, Hong Kong's M+ building is finished and will open in 2021—even if international travel ban persists 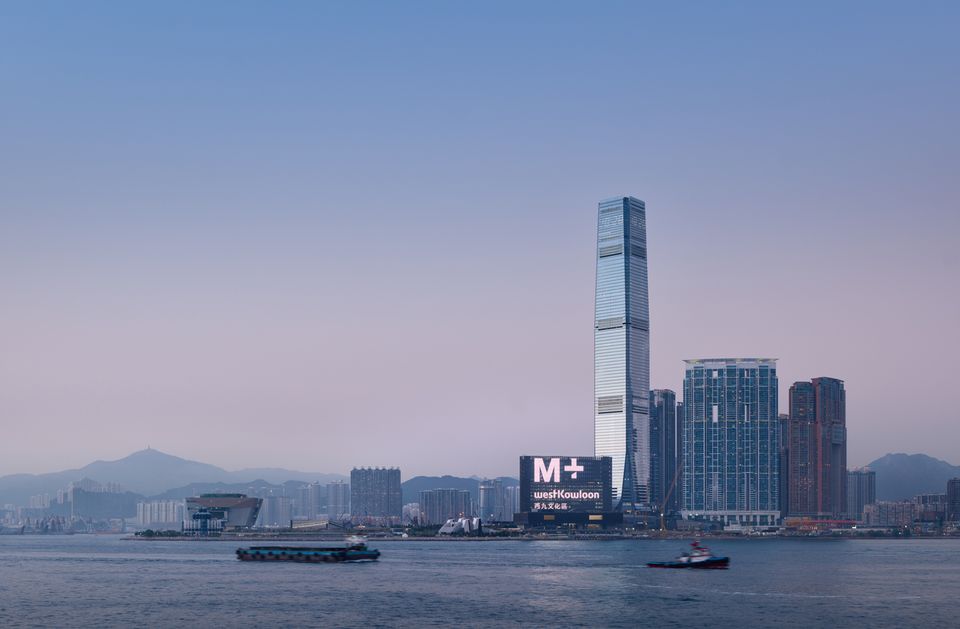 Hong Kong’s M+ museum is due to open its doors towards the end of the year after more than a decade in the making even if international travel may not resume amid the ongoing Covid-19 pandemic, the institution said, while pledging to display works from the collection that may be deemed controversial in the politically-charged city.

The museum opened for a media preview of the freshly completed building designed by the Pritzker Prize-winning architecture studio Herzog & de Meuron in partnership with TFP Farrells and Arup on Friday. This marked the first time that members of the public were allowed to view the project in the West Kowloon Cultural District since its inception in 2007.

The massive building, which has a total area of 65,000 sq. m — including 17,000 sq. m of exhibition space — housing 33 galleries, three cinemas, office spaces and a roof garden, is characterised by the striking use of straight lines except for the eye-catching spiral staircase that leads museum-goers to the rooftop garden that oversees Victoria Harbour. 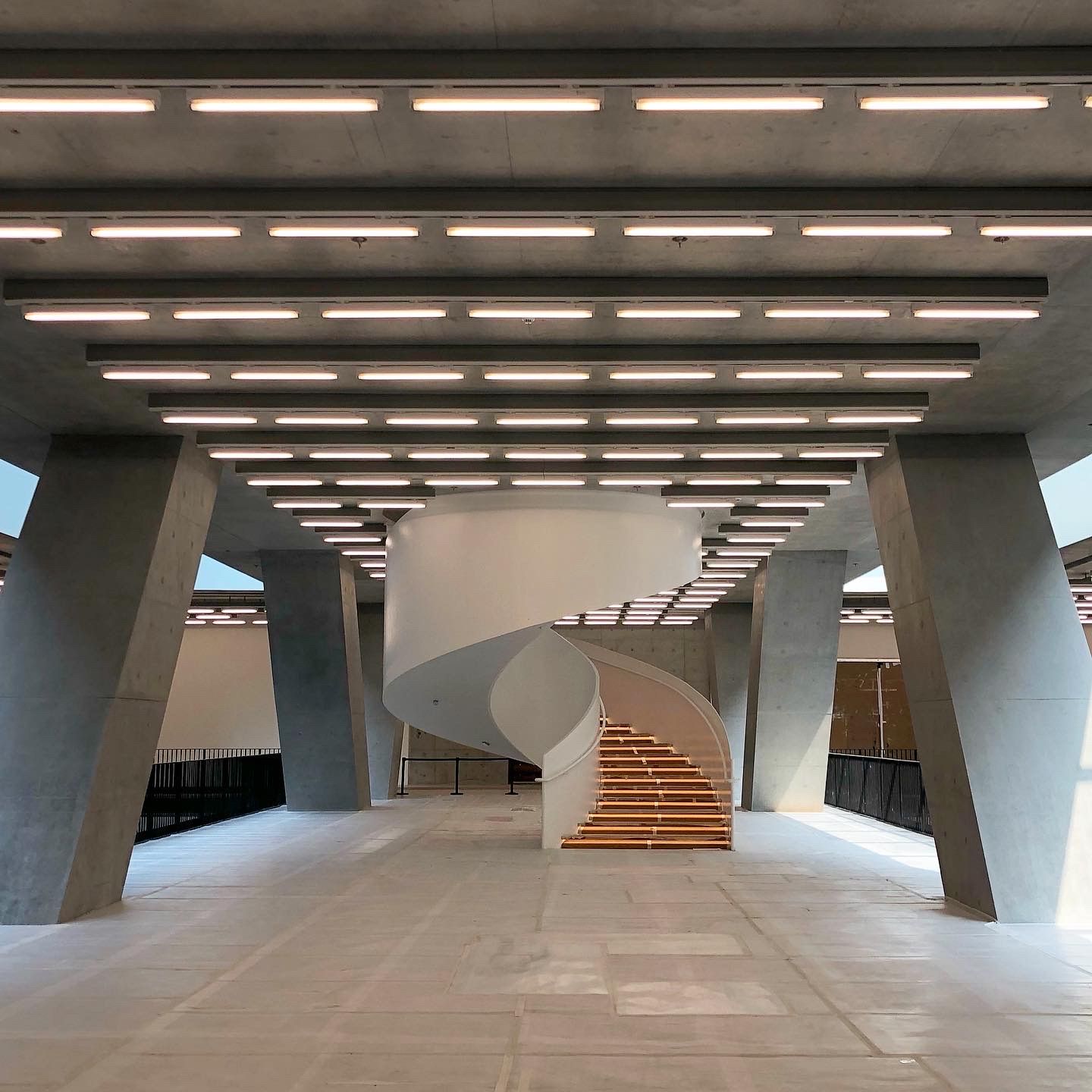 A staircase leads up to the rooftop sculpture garden © Vivienne Chow

The southern facade of the building facing the harbour is dominated by a massive media display screen measuring 110m x 65.8m. The MTR Airport Express and Tung Chung Line tunnels running beneath the building presented challenges for the construction, but the excavation work provided the museum with a "found space" for exhibiting installations, a space that is among the highlights of the new museum, alongside the abundance of natural lights and bamboo furniture that pays homage to the use of this material in scaffoldings and informal structures across the city. The museum has an initial price tag of HK$5.9bn ($750m) but the final cost is yet to be determined.

“It is an institution that is rooted in the ground so it has its feet on the earth while reaching the sky,” Jacques Herzog, the founding partner of Herzog & de Meuron, said via video conference.

Betty Fung, the acting chief executive officer of the West Kowloon Cultural District Authority, was adamant that the museum will open later this year “even if the Covid situation has not allowed international travel.” She said: “M+ is not just a museum for international visitors but also for Hong Kong people”. 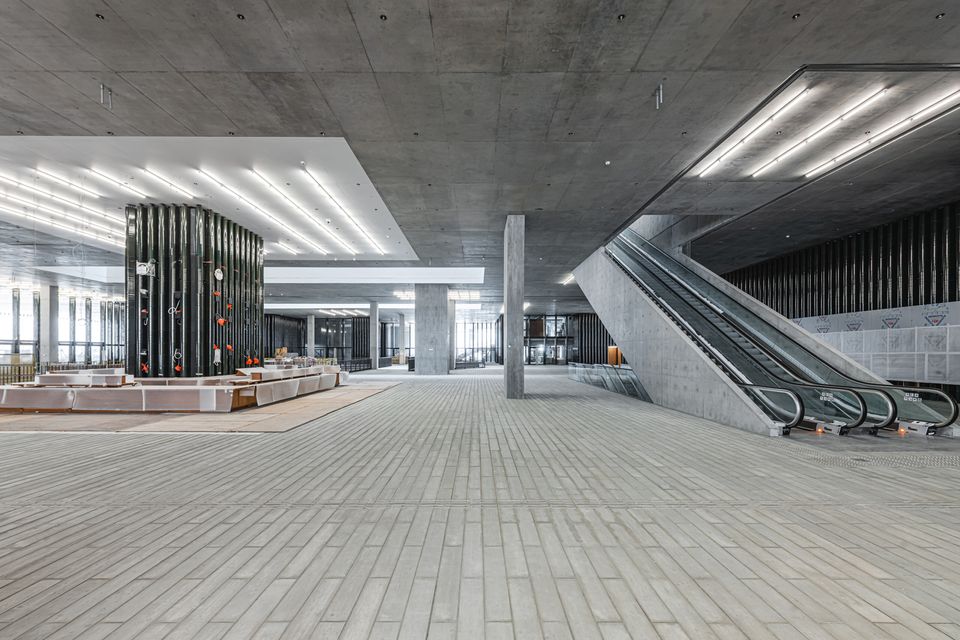 When asked if M+ will be presenting works by artists such as Ai Weiwei or art created in response to the city’s political turmoil, Suhanya Raffel, museum director of M+, said: “No problem. We will show those.”

“[Ai] is part of our collection. Our exhibitions and collectors are developed with historic and academic facts around [the art], and that’s what we intend to show,” she said.

The museum was initially scheduled to open in 2017 but construction work has been delayed and the main contractor was fired in 2018. The cultural district has an initial price tag of HK$21.6 billion (US$2.8 billion). 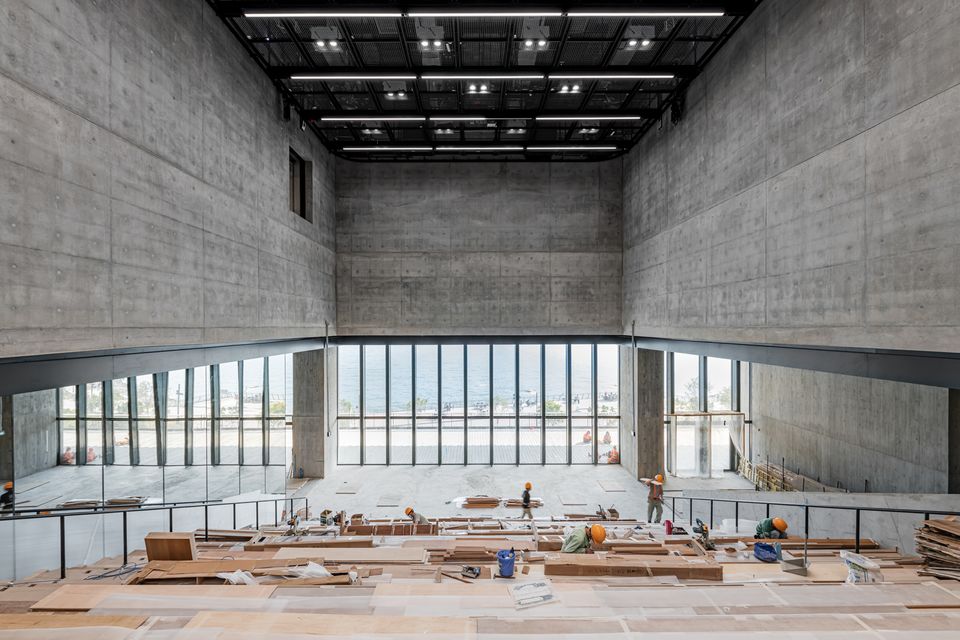