Macaws, crowds and an expanded canon: inside the new Tate Modern

More than 140,000 people visited the new Tate Modern the weekend after it reopened on 17 June, a respectable annual attendance figure for many art museums. The gallery’s £260m extension and reinstallation is designed to accommodate not only the growing audience for contemporary and Modern art, but also an expanded art historical canon.

This time round, the architects Herzog & de Meuron, which in 2000 transformed the former power station into an art behemoth on Bankside, have increased the gallery’s space by 60%. Banks of lifts, a grand staircase and a bridge over the Turbine Hall let visitors move around far more easily. With the pound falling after the Brexit vote, making London cheaper for foreign tourists, Tate Modern could get up to six million visitors in the next year—one million more than it drew when it first opened. Raising the remaining £30m needed to pay for the 12-year expansion project, however, will be more difficult.

Frances Morris, the director of Tate Modern, and her curatorial team have delivered on their promise to show more art by female and international names. They pulled out all the stops to rehang the collection across three floors in the “old” wing, now called the Boiler House, and in two floors in the new building, the Switch House. The highlights include the late Brazilian artist Hélio Oiticica’s first immersive installation Tropi­cália (1966-67), which on less crowded days includes two live, media-trained macaws.

Familiar Tate greats now have new neighbours. Roy Lichtenstein’s Pop painting Whaam! (1963) is installed alongside a sculpture by the Iranian artist Parviz Tanavoli, among other works, in the Beyond Pop room organised by the curator Flavia Frigeri. Nearby, Picasso is taken down a peg in a room organised by Matthew Gale devoted to international Surrealism. Picasso’s painting Three Dancers (1925) shares a corner with works by Paul Klee, Jean Arp, Henry Moore and the Chilean-born Roberto Matta, among others.

For the reopening, the Turbine Hall has been left largely empty of sculpture until the next major Hyundai Commission by Philippe Parreno opens on 4 October. Until then, the hall is occupied by an Ai Weiwei tree made from wood collected across China and a group of ceramic figures by Thomas Schütte, both somewhat dwarfed in the huge space.

The pyramid-like extension is just as dramatic as the Turbine Hall. The Switch House takes its cue from the cavernous former oil storage tanks in the basement. These semi-raw spaces, dedicated to performance, remain the gallery’s ace cards. The inaugural BMW-sponsored programme of live art includes Roman Ondák’s Good Feelings in Good Times (2003). The work is an artificial queue performed by actors and inspired by the communist-era queues outside grocery stores in the artist’s native Slovakia. It takes on new meaning inside the expanded Tate. The spacious gallery, with its abundant entrance and exit points, eliminates the need to queue—and inside, the queue becomes the art. 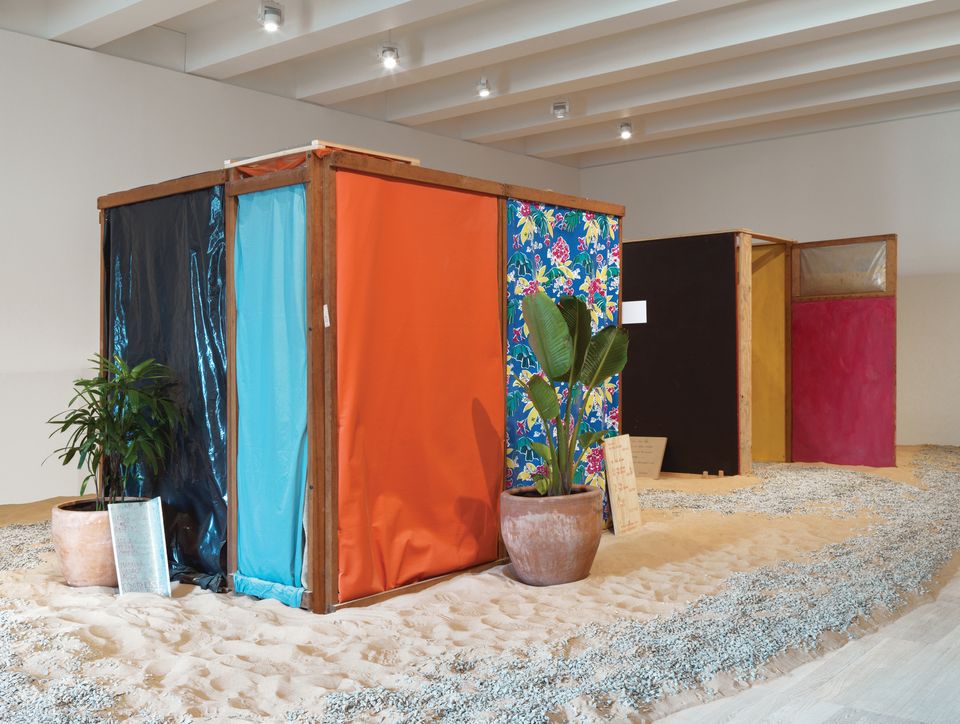 A select group of artists get a solo spot in the new Tate Modern rehang, including the late Brazilian artist Hélio Oiticica. His installation Tropicália (1966-67) features, on quieter days, two trained macaws. Other artists with rooms of their own include Bridget Riley, Gerhard Richter, Magdalena Abakanowicz and Louise Bourgeois, the last in a gallery dedicated to the Artist Rooms collection. 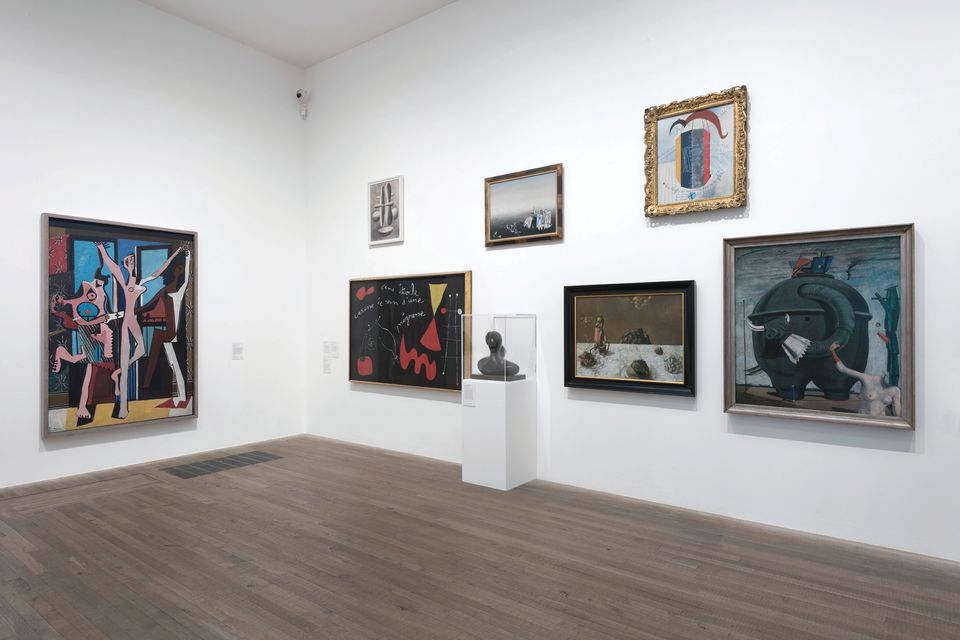 Picasso’s The Three Dancers (1925) is hung alongside work by contemporaries, showing how far a shared interest in the subconscious travelled beyond self-declared Surrealists in the interwar years. The room typifies the collection rehang in the Boiler House, which presents focused thematic presentations in a roughly chronological sequence. 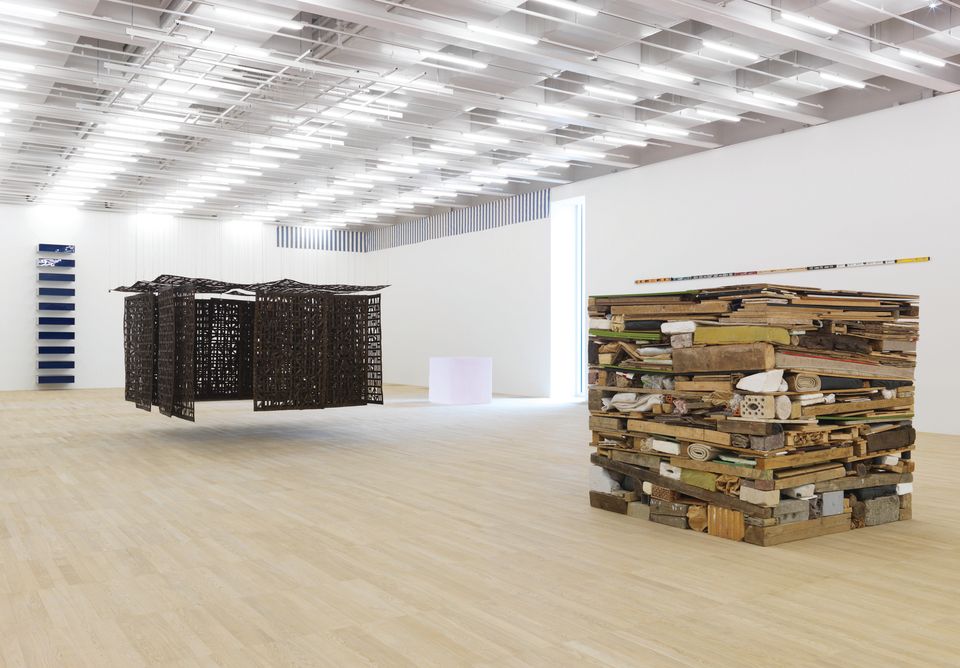 Between Object and Architecture display in the Switch House. Photo: © Marcus Leith/Tate

The largest space in the new Switch House wing is devoted to sculpture made after 1960, when artists discarded plinths. The room includes Minimalist works by Donald Judd and Carl Andre alongside sculptures by Cristina Iglesias, Roni Horn and Rachel Whiteread, among others. 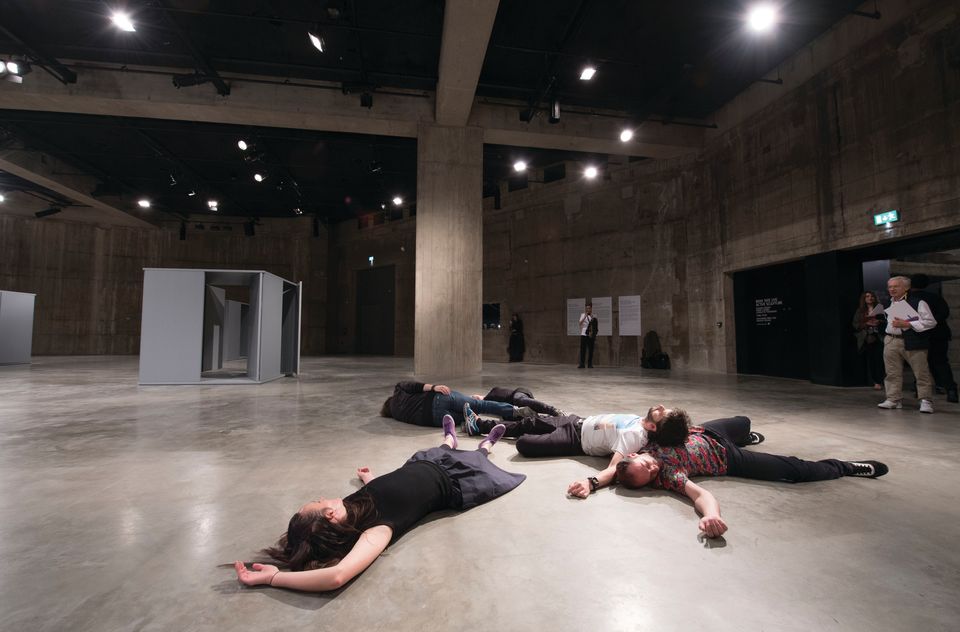 4. The Tanks are alive

Tate Modern’s semi-raw spaces, The Tanks, feature live art as well as sculpture that visitors are meant to interact with, including works by Richard Morris and Charlotte Posenenske. The Romanian artists Alexandra Pirici and Manuel Pelmus’s site-specific Public Collection (2016) roams Tate Modern’s spaces and, like other performances, is not restricted to the former oil storage tanks.