Made in China? Not originally

China's lenient attitude towards copyright infringement continues to cause problems for artists worldwide. In the past week, separate cases involving apparent and actual copies of works by the UK sculptor Anish Kapoor and the US sculptor John Raimondi, have revealed that, despite signing the Berne Convention (an international agreement governing copyright), China still has a long way to go in actively protecting artists' rights.

Although all the works were made in China, Raimondi's case was settled in a US court but Kapoor will need to resolve the dispute in China, if he chooses to go ahead with it.

“[Kapoor] will have huge problems because it's very difficult to enforce intellectual property rights in China. It's a matter for the Chinese courts, and it's expensive,” says Daniel McClean, a consultant at the London-based law firm Howard Kennedy LLP. “What it comes down to is [the discrepancy between] international norms and territorial enforcement. It's also not seen as an economic issue—it would be easier if there was some kind of brand infringement because you're more likely to succeed as a corporation than as an author,” he says. 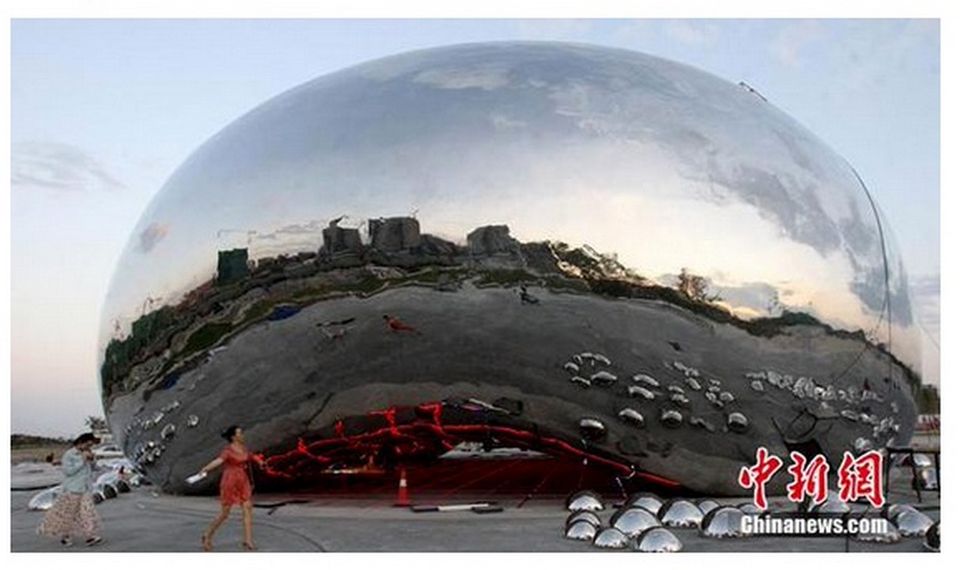 Spot the difference: the steel sculpture installed in Karamay this month

Kapoor accused Chinese authorities of plagiarism after it emerged that the north-western town of Karamay installed a large stainless steel sculpture that closely resembles his own work Cloud Gate (2006) in Chicago. Kapoor said in a statement: “It seems that in China today it is permissible to steal the creativity of others. I feel I must take this to the highest level and pursue those responsible in the courts,” to which a Karamay public official reportedly replied: “You can't say we're not allowed to build a round sculpture because there already is a round one.”

“[China] is a country that does not respect human rights and where there is little freedom of expression, and consequently there is no real protection for authors and artists—look at what happened to Ai Weiwei,” McClean says. 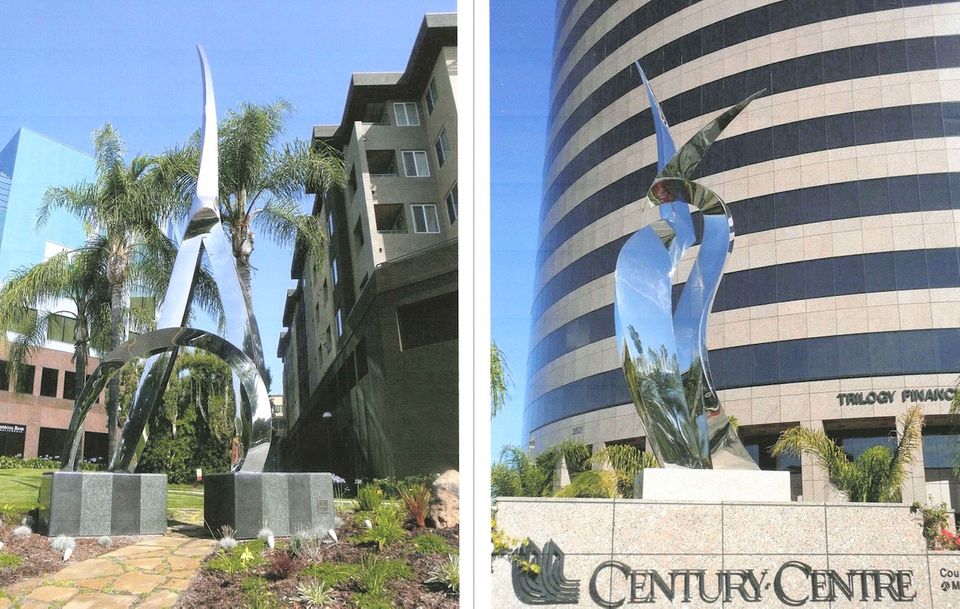 Meanwhile, in early August, Raimondi, won a court case against the Russian-born, Florida-based billionaire Igor Olenicoff, a real estate-magnate and convicted tax evader, who commissioned Chinese copies of six of the artist's sculptures, including the large-scale Dian (1987) and Ceres (1994), which were installed outside Olenicoff's Century Centre and Olen Pointe developments in Irvine and Break, California. A federal judge ordered Olenicoff to pay Raimondi $640,000 for breach of copyright, although he rejected Raimondi's appeal to have the works destroyed. Back in June 2014 a judge ordered Olenicoff to pay $450,000 in to the sculptor Don Wakefield after he was found guilty of commissioning four Chinese knockoffs of Wakefield's work.