Is this a Raphael? Madonna and Child painting to be auctioned at Dorotheum in Vienna

The work, previously unknown to scholars, was until now in a private ducal collection 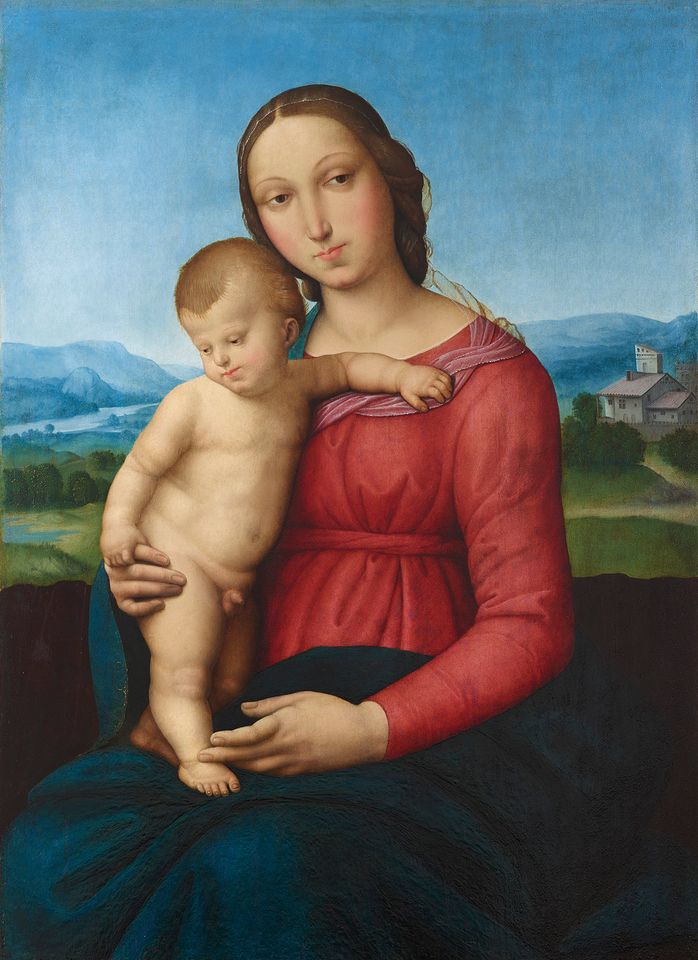 Madonna and Child is described by Dorotheum as being by an associate of Raffaello Sanzio, called Raphael, and is estimated at €300,000-€400,000 © Dorotheum

Vienna’s Dorotheum is offering a painting of Madonna and child with the attribution “close to Raphael” at its Old Master paintings sale on 22 October, when it is estimated to fetch between €300,000 and €400,000.

The work, billed as a discovery, was once in the collection of Adèle d’Affry, a 19th-century Swiss noblewoman and artist who married Carlo Colonna, the duke of Castiglione. It is not known whether the painting came into her possession through her marriage, but it has remained in her family ever since. The Colonna family also owned known works by Raphael, including the Colonna Altarpiece in the Metropolitan Museum and the Colonna Madonna in Berlin’s Gemäldegalerie.

“Until now, this painting has been unknown,” says Mark MacDonnell, an expert in Old Masters at the Dorotheum. “It is an exciting painting to work on, but a complex one.”

Though the work is in many ways typical of paintings and drawings by Raphael from his time in Umbria between 1497 and 1504, the auction house could not secure an attribution to Raphael, MacDonnell says. It bears a particularly close resemblance to the Northbrook Madonna, a painting at the Worcester Art Museum in Massachusetts once attributed to Raphael. There is now no clear consensus on the Northbrook Madonna’s attribution, though most scholars say that Raphael may have designed it or supervised its execution, MacDonnell says.

“It is very difficult to get anyone to say a work is a Raphael, and they are very wary if it’s an early work,” MacDonnell says. Dorotheum has opted for the terminology “an artist close to Raphael,” he says. “To go a step further is very problematic. The most obvious way would be to call it a studio work, but at that time, Raphael didn’t have a studio. The most we can say is that it was probably by an associate of Raphael, perhaps working under Raphael’s supervision.”

Technical analyses of the paint have revealed that the artist used a red pigment containing manganese and glass powder that was used in Urbino by Raphael and his father, MacDonnell says. It was also employed later by Perugino, but the circle of artists who used it was very small, he says.

The painting was on view in Dorotheum’s offices in Brussels in September and in London during Frieze last week. “We are hoping more information may come forward now that we are launching it for sale,” MacDonnell says. “We will be interested to hear what people say.”