Manet of the Valleys: rare portrait of the artist's bespectacled cousin to be restored by National Museum Wales

Painting will undergo extensive technical examination and cleaning thanks to €20,000 grant from Tefaf fund 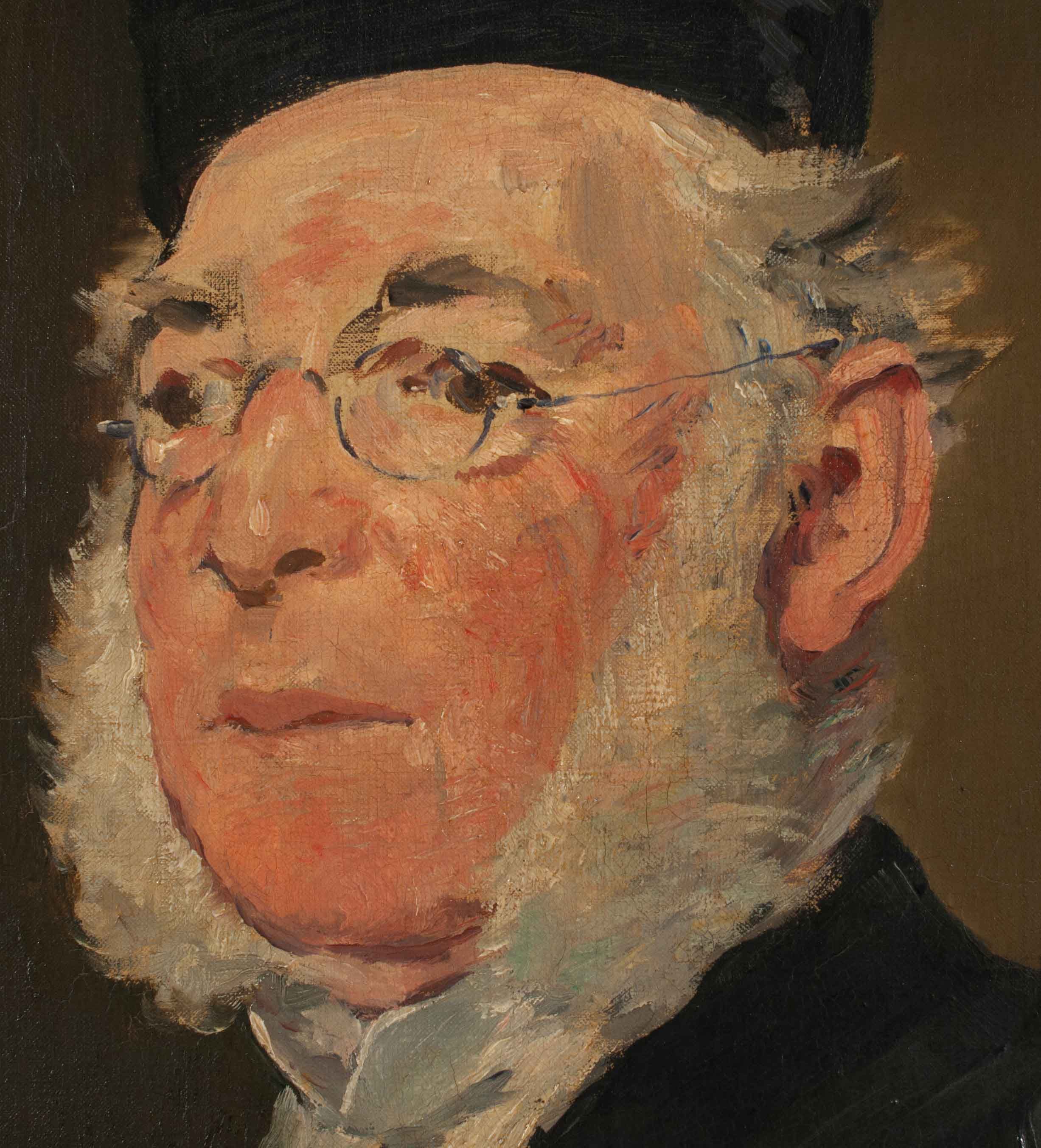 A portrait Manet painted of his cousin in 1879 is to be restored by Amgueddfa Cymru-National Museum Wales thanks to a €20,000 grant from Tefaf’s annual Museum Restoration Fund. The museum acquired the work last year.

One of only a handful of portraits by Manet to be held in a British public collection, the painting is of a benevolent-looking bespectacled Jules Dejouy, a successful lawyer who was not only Manet’s older cousin, but also an enormous influence on the Impressionist artist’s life.

After the death of Manet’s father in 1862, Dejouy was appointed as chief counsellor and guide to Manet and his brothers. It would seem Manet relied on Dejouy in many ways, crucially sending a stash of valuables to his cousin for safekeeping during the siege of Paris in 1870.

In death too, Dejouy played a key role. Manet appointed his cousin the executor of his estate, while Dejouy was on the committee of Manet’s memorial exhibition at the École des Beaux-Arts in Paris in January 1884, which featured 179 pictures including the Welsh painting.

Portrait of Monsieur Jules Dejouy remained in Dejouy’s own collection until he died in 1894, when it was bequeathed to a Parisian lawyer friend named Maugras, who owned the picture until at least 1913. Between then and 1926, it was acquired by the German textiles manufacturer Erich Goeritz, who also owned Manet’s tour de force, A Bar at the Folies-Bergère, now in the collection of the Courtauld Institute in London. Having been in the Goeritz family for 90 years, the work was given to the National Museum Wales in 2019 as part of the British government’s Acceptance in Lieu tax scheme.

Without it being tested at auction, the true market value of the work remains unknown, though the amount of tax settled by the work was £5.3m (the agreed valuation used for the purposes of Acceptance in Lieu remains confidential). But the full value of the work "will be significantly higher than this,” says a spokesperson for Amgueddfa Cymru–National Museum Wales.

Painted in a loose style, which conveys something of Manet’s affection for his sitter, the picture remains in a relatively untouched condition, though it is currently “under a veil of surface dirt and discoloured varnish”, according to the spokesperson. “Removing these will likely recover the subtlety in the painting and also re-saturate the image to recover a sense of depth.”

The picture will also undergo technical examination using ultraviolet light, raking light, infrared reflectography and x-radiography. “These should give fresh insights into Manet’s working methods, for example in compositional changes and the painting process,” the spokesperson says.

Following restoration, the National Museum Wales plans to re-introduce Manet’s Portrait of Monsieur Jules Dejouy to the public—the painting was last exhibited in London in 1963. As David Anderson, the director general of the museum says in a statement: “Amgueddfa Cymru houses one of the world’s great collections of 19th- and early 20th-century French art, thanks to the generous bequests of the sisters Gwendoline and Margaret Davies. Manet’s portrait of Jules Dejouy will be very much at home here.”