The artist broke with tradition in the post-war years and was an early pioneer of film and digital art, 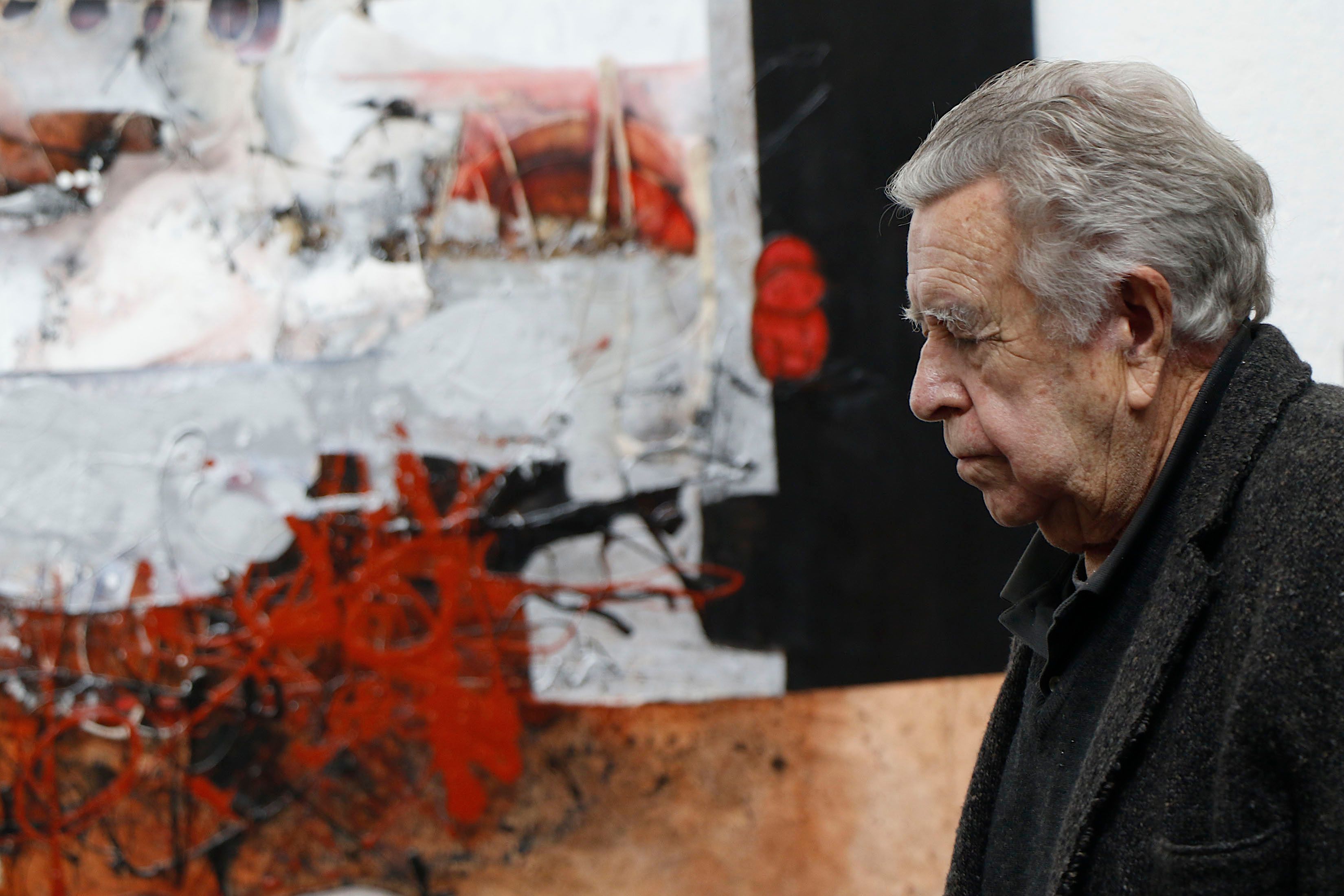 In December 2019, Manuel Felguérez was recognised by the government of Mexico City as a figure of Living Cultural Heritage Photography: Milton Martínez / Secretary of Culture of Mexico City

Manuel Felguérez, one of the earliest proponents of abstract art in Mexico, has died of Covid-19, aged 91. Felguérez was a key member of the “Rupture Generation” that sought to break with the nationalistic style of “los tres grandes”—the muralists Diego Rivera, José Clemente Orozco and and David Alfaro Siquieros—who dominated the Mexican art scene during the post-war period. The overview—Felguérez was adamant that it was not to be called a retrospective—of his career at Mexico City’s University Museum of Contemporary Art (MUAC) has been extended until October 2020.

Born in 1928 in Valparaiso, in the state of Zacatecas, he was seven when his father died and the family to Mexico City, where his grandparents owned a cinema which his mother managed. The time he spent there sparked a lifelong interest in the moving image, which was to come to a head many years later when he collaborated with the director Alejandro Jorodowsky on the 1973 counter culture sci-fi epic, The Holy Mountain.

The film – partly bankrolled by John Lennon and Yoko Ono — gained cult status and notoriety in equal measure for its depiction and what could only be described, even before the #MeToo era, as the exploitation of women. At one point, a naked woman is seen to arouse and be aroused by an installation, La Máquina del Deseo (The Machine of Desire) designed by Felguérez at Jorodowsky’s behest.

Pilar Garcia, who curated Felguérez’s show at MUAC, told The Art Newspaper that the aritst was “incredibly forward looking in many ways” but when she brought up the subject of how women were treated on set, he was ‘’somewhat evasive when questioned on how he thought the film would be regarded by a 21st-century audience.”

Shortly after the end of the Second World War, Felguérez walked and hitchhiked from Frankfurt to Rome, marvelling at the museums he visited and the abandoned tanks and cannons he came across en route.

Returning to Mexico and having decided to become a painter, he spent just a few months training at the San Carlos Academy in Mexico City before leaving, frustrated with the establishment’s continued veneration of the three Mexican muralists. From 1954 to 1959, he studied in Paris with Osip Zadine—who introduced him to Constantin Brancusi—and had his first exhibition of paintings at the Galeria Antonio Souza in Mexico City.

While his early work was often made from found objects including shells and scrap metal, his middle period, particularly his large-scale sculptures, such as the one he did for the Bahia Lido, were the pieces that brought him attention from a wider audience.

Felguérez was also a pioneer of digital art in Mexico at a time when there were only three computers in the country. While teaching at the National University, he managed to wangle a few hours a week on the computer and embarked on an early form of coding that enabled the machine to generate a series of shapes and colours. Thanks to a Guggenheim grant, he continued his research at Harvard. Then, suddenly, his dalliance with digital came to an end and he returned to “getting his hands dirty with turpentine”, as he put it.

Today, in addition to his public monuments, his works are to be found in collections including the Museo Reina Sofia in Madrid, the UN headquarters in New York and an eponymous museum in his native Zacatecas.

He was also a founding member of the Salon Independiente and did much to promote the arts and protect foreign artists during the turbulent days of the student protests in Mexico City, which he tacitly supported, in 1968.

Brian Nissen, the British-born, Mexico-based artist who first met him in 1954, recalled the artist’s “boundless enthusiasm, generosity and brio”, as well as his “remarkable pictorial intelligence”. In December, Felguérez was recognised by the government of Mexico City as a figure of Living Cultural Heritage, for a lifetime dedicated to the arts.

Felguérez was married three times, first to Ruth Rohde with whom he had two daughters, then to fellow Rupturista Lilia Carrillo and lastly to Mercedes Oteyza, who at the time of writing is recovering from Covid-19.