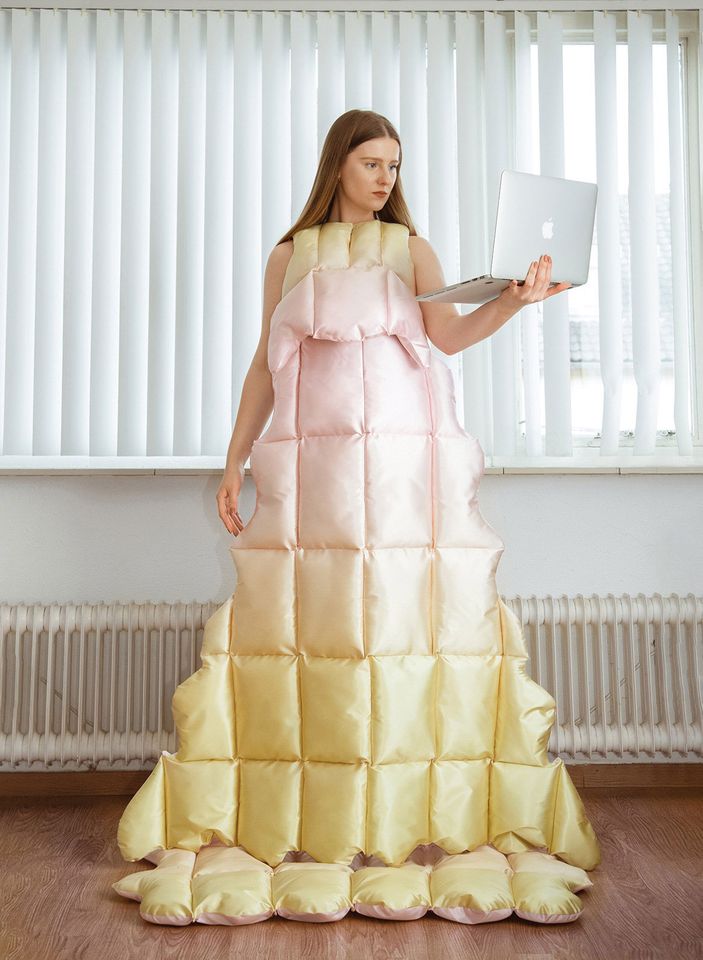 Forget the Year of the Rat, 2020 should go down in history as the Year of the Digital. As lockdowns spread across the world, online events began stacking up. In the art world that meant online viewing rooms, Zoom studio visits, virtual reality exhibitions and livestream talks. It quickly became overwhelming. A few websites popped up in an attempt to gather these events into one place, including the English sites Culture Fix, from the digital agency Substrakt, and Cultural Digital: Streams, by Chris Unitt, the founder of the digital agency One Further, with several more in other languages.

One of the most comprehensive and international of these aggregation sites is a map of museums’ digital initiatives during the pandemic. The project was started in March last year—when the first lockdowns in Europe began—by Chiara Zuanni, an assistant professor in digital humanities, focusing on museology, at the University of Graz, Austria. It differs from many of its counterparts: less an events calendar that users might scroll through in search of experiences, more a visual database of activity. Taking the form of a world map, the website—which focuses specifically on museums’ content—splits its digital events into nine colour-coded categories, from the inevitable “online exhibitions” to more unusual themes such as “contemporary collecting projects”. Each participating organisation is pinpointed in its corresponding colour on the map; clicking on a point opens up the museum name, a brief description of the online initiative and a website link. The map currently hosts around 600 museum initiatives.

According to an International Council of Museums (ICOM) report, museums increased their digital activities by 15% in 2020. “It was very interesting to watch what was happening and to see the kinds of solutions that seemed to be working better and were capturing the attention of the media and other audiences,” Zuanni says.

Like many of its kind, the website gets some of its data from crowdsourcing; users can submit events through an online form. The rest of the information is entered by Zuanni or her student research assistant Sabrina Melcher. The website and its backend are intentionally basic so that data can be updated more quickly. Zuanni uses programmes such as Google Forms and Google Sheets to collect the data and simple coding to process and visualise it. “I partly decided to present it like this and share it immediately with the community because I thought it would help other museums find ideas [for digital content],” Zuanni adds.

Interesting conclusions can be drawn from Zuanni’s data map. One is an obvious bias towards museums based in Western Europe and the US, where most of the points are. This is in part due to the fact that research is being conducted in English (although the contribution form is currently in five languages, with Russian and Greek soon to be added) and because of the location of Zuanni’s own network. But it also reveals how the increase in online museum activity is unevenly distributed globally, with less accessibility to necessary resources—namely a device like a smartphone or computer and an internet connection—found in the developing world. The map’s data is in line with a 2020 Unesco report that found that just 5% of museums in Africa and Small Island Developing States have been able to provide online offerings.

Another takeaway from the data is the number of contemporary collecting initiatives—acquiring objects, digital files and art about the pandemic—that have been started by museums in 2020, following existing rapid-response projects like the one at the Victoria and Albert Museum in London, started in 2014. “When I was looking at rapid response-collections before I was seeing mostly examples from the UK, Scandinavia and the US, but now there has been a notable increase from other territories,” Zuanni says. “It is interesting to me because it raises the question of how we curate the memories of the pandemic.” She is planning online webinars on this subject in the near future.

A year on: developing the model

Now almost a year old, Zuanni’s website is starting to show signs of wear and tear. The simple structure of the site cannot cope with the amount of data it now stores (a testament to the ever-growing online art event schedule), making the map somewhat slow to load. Zuanni now plans to develop the project and is in the process of applying for funding. She wants the website to have a full, searchable database with more detailed categories and to turn it into an archive that will live on after the pandemic. With regards to the continued digital initiatives of museums, Zuanni says now is the time for institutions to take stock. “There was an initial rush to move everything online […] I am curious to see how this situation now consolidates and evolves.”

• The map can be found here