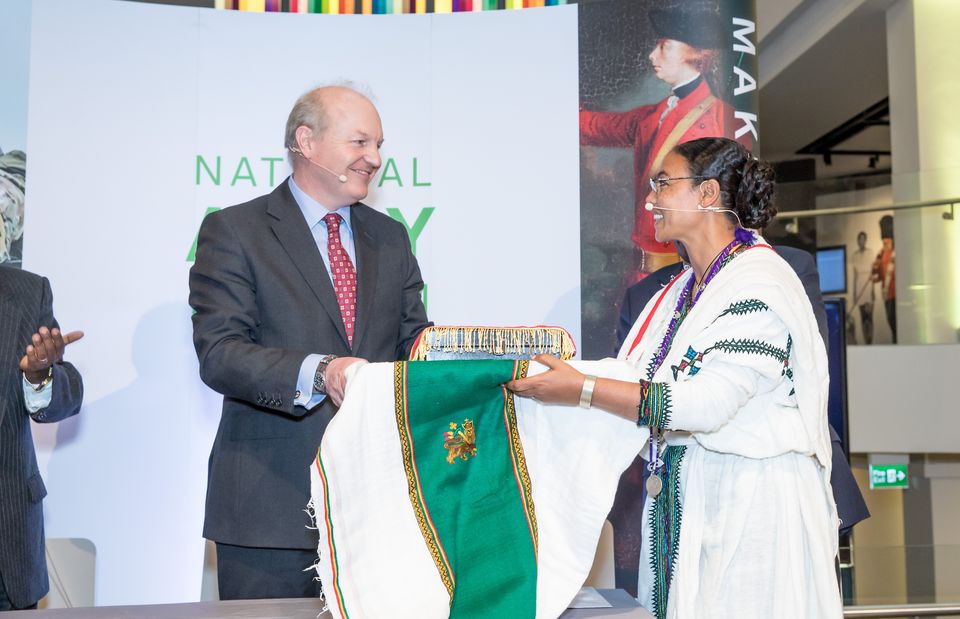 Two locks of hair of the emperor Tewodros were returned to Ethiopia’s minister of culture at the National Army Museum in London yesterday. In a moving ceremony, a small box draped with the Ethiopian flag was handed over by the museum director, Justin Maciejewski, to the visiting minister, Hirut Kassaw. The hair had been cut from the body of the emperor after the battle of Maqdala in 1868, when he committed suicide with a gun that he had been given by Queen Victoria.

This gruesome souvenir had been taken by Lieutenant Frank James just after the emperor’s defeat by the British. He was an artist and cut the hair while he was painting Tewodros on his deathbed. Two of James’s descendants gave the two locks to the National Army museum in 1959, one of them mounted on paper with an Ethiopian text and a seal (this document is being retained by the museum, since it is not human remains). 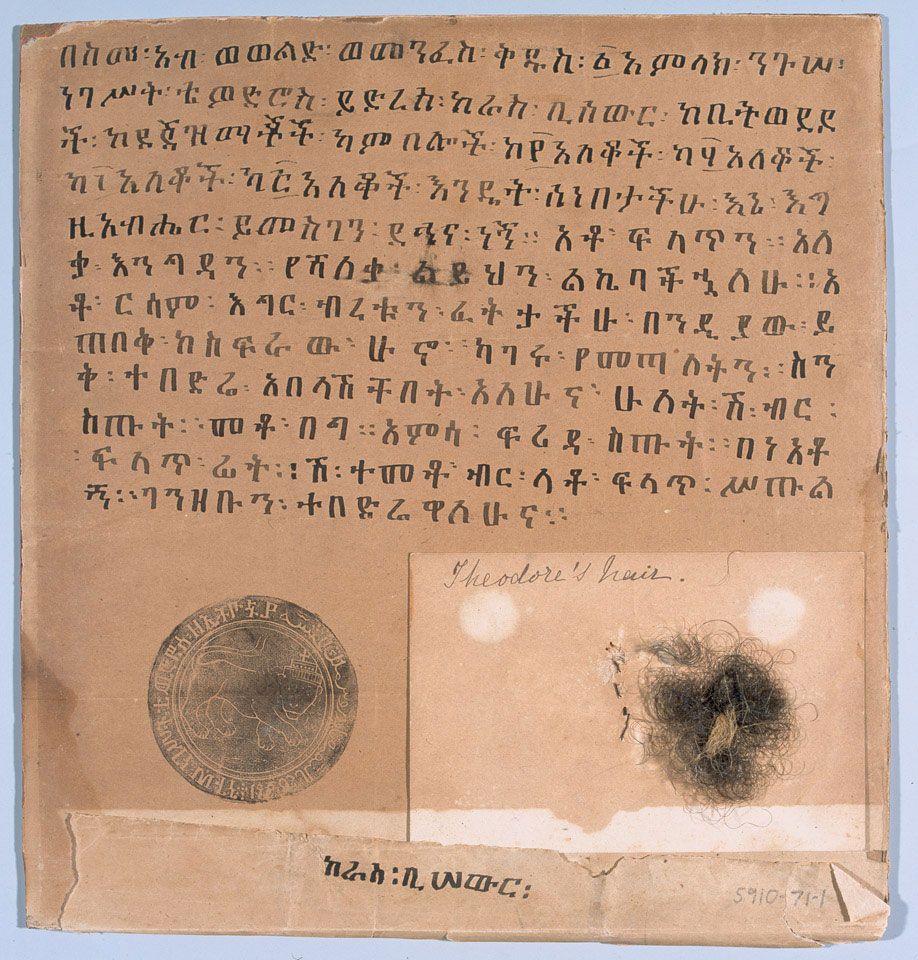 One of the locks of hair, mounted on paper with an Ethiopian text and a seal Image supplied to The Art Newspaper

The box with the two locks will be flown to Addis Ababa on Saturday, where it will be taken to the National Museum. Ephrem Amare, the director, says it will not go on display, but will be stored in their high-security facility. A few weeks later the box will be taken to the Mahabere Selassie Monastery in Qwara, in northern Ethiopia, where the hair will be buried where the emperor’s body was interred.

Speaking at the National Army Museum, the Ethiopian ambassador in London called for the return of objects seized by British troops at Maqdala. Fesseha Shawel says that at least 1,500 items are in the UK, including the British Museum, the Victoria and Albert Museum and the British Library.