At the ceremony in London, the Ethiopian ambassador renewed calls for museums to return Maqdala objects 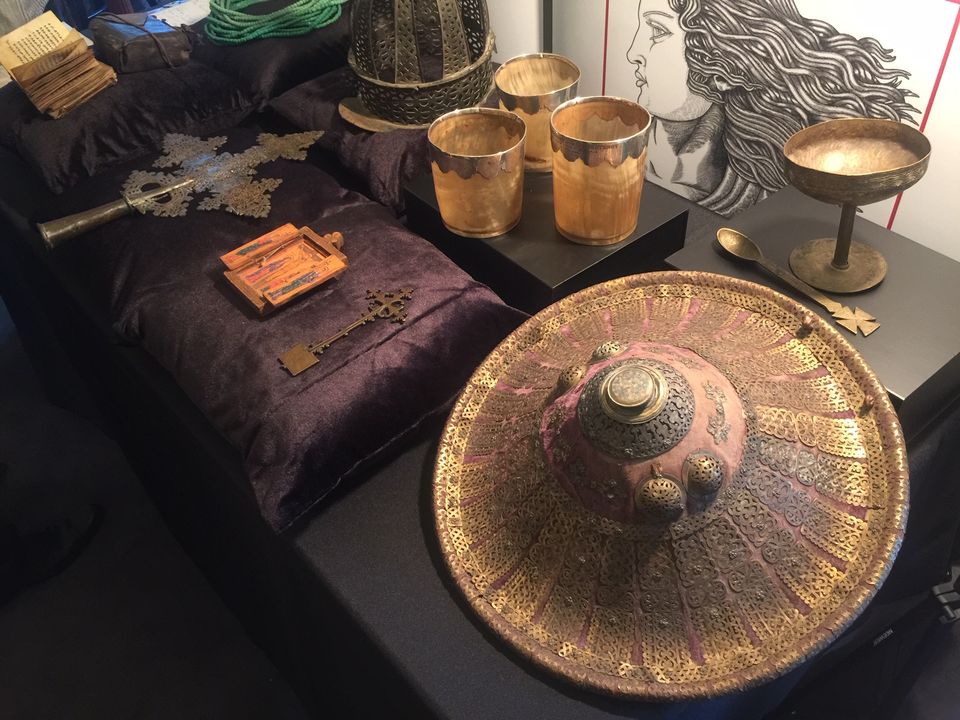 A collection of Maqdala objects, seized by British troops in 1868, was handed over to the Ethiopian ambassador in London on Wednesday. This summer they had been bought by the writer Tahir Shah, through his Scheherazade Foundation, in order to restitute them to Ethiopia.

An embassy statement describes the objects as “the largest single restitution of Maqdala-era artefacts in Ethiopian history”.

Teferi Melesse Desta, the Ethiopian ambassador, received the collection at a presentation at London’s Athenaeum Club. He described Maqdala as “a wound”: “Lives were lost, families separated, traumas inflicted, culture was looted.” Maqdala objects are therefore “memorials”, which allow us to “mourn”. The ambassador also renewed calls for museums to return Maqdala heritage.

The restituted objects are from two privately owned groups. The first group was acquired in June, when the Bridport auction house Busby offered a Coptic Bible and three horn beakers, which had all been looted at Maqdala and passed down through a British family. The Ethiopian embassy called for their sale to be cancelled and the items were withdrawn the day before the auction. Shah then negotiated to buy them privately, for a total price of a few hundred pounds. 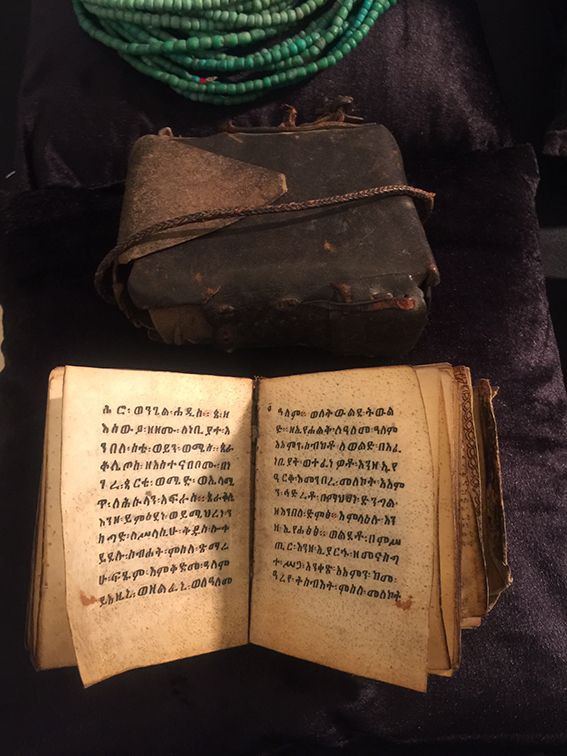 This is the “the largest single restitution of Maqdala-era artefacts in Ethiopian history”, the embassy says © The Art Newspaper

The second group of returned items comes from an unnamed Brussels collector and dealer. They include a processional cross, a priestly crown, a shield, a small icon of the Crucifixion and a talismanic scroll. Most are from the 18th and 19th centuries. The Brussels collection was acquired by Shah for a few thousand pounds.

The ambassador told The Art Newspaper that all the restituted items would be returned to Ethiopia in the next few weeks. This is expected to be shortly after a new government is formed on 4 October, following prime minister Abiy Ahmed’s Prosperity Party election victory in June.

The Maqdala objects will go to the ministry of culture, probably for the collection of the National Museum in Addis Ababa. Some of the religious objects may be offered to the Ethiopian Orthodox Church.