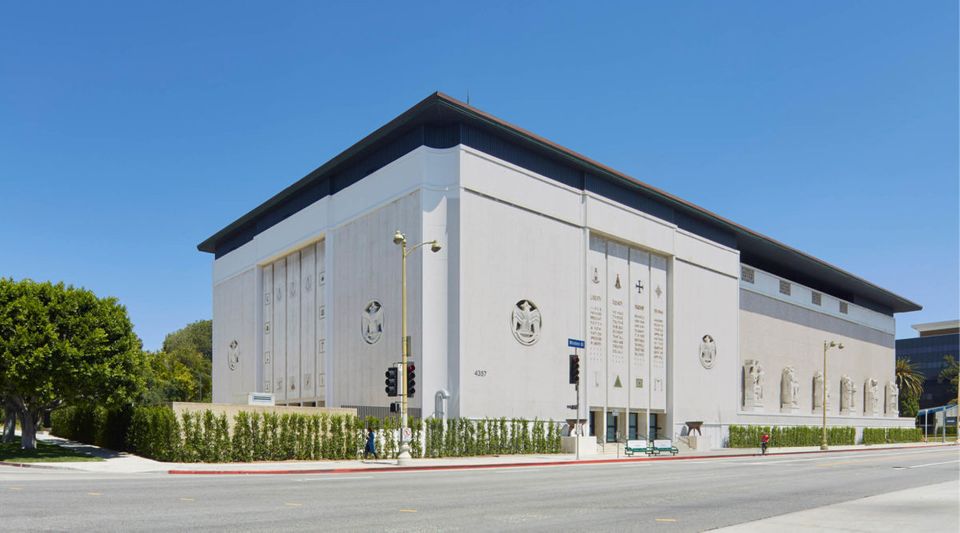 Last week, the Marciano Art Foundation’s visitor services staff said they would unionizse. This week, the museum told them to find another job.

At least 60 visitor services associates were laid off in a letter sent by the private museum on Tuesday evening, citing low attendance records over the past few weeks. The message also said that the museum’s current exhibition on Donna Huanca would close today, 6 November, nearly a month ahead of its original end date in early December. The Marciano Art Foundation has referred journalists looking for a comment to its website, which says that the museum is closed until further notice.

“My coworkers and I at the Marciano Art Foundation were all summarily fired,” Eli Petzold, a visitor services associate who serves on the union’s organising committee, told us in an email yesterday. “We’ve spent most of the night reassuring our co-workers, taking care of each other, and strategising our next steps.”

The layoffs were announced just four days after museum employees announced their plans to unionise. The Marciano Art Foundation opened in 2017 to showcase the private collection of the clothiers Maurice and Paul Marciano, the two brothers who founded the label Guess in 1981. The museum was built in a 90,000 sq. ft former Masonic Temple on Wilshire Boulevard, which the foundation purchased in 2013 for $8m. Last year, the museum mounted a solo exhibition by the artist Ai Weiwei called LifeCycle. The foundation also holds works by Cindy Sherman, David Hammons, and Damien Hirst in its collection

“The Foundation relies on a system of labour that has historically undervalued its workers, paying workers minimum wage without benefits or basic protections,” employees wrote in a statement announcing the intent to unionise released on Friday. The workers were looking to form a union with AFSCME over issues related to scheduling, family leave, job security, and wages. Many of the employees were part-time docents whose jobs often involved speaking to patrons about the art on view, ticketing events, and other visitor services. Initially, workers said that they sought a union to address pay conditions at the museum, where starting wages for associates was set at the Los Angeles minimum wage—$14.25 per hour.

The Marciano Art Foundation responded at the time, saying in a statement that it highly valued the staff’s work and looked forward to learning more about their requests. “As an organisation,” the museum said, “we are supportive of all recommendations to improve the workplace experience and will give this careful attention as we begin our discussions.”

That sentiment would prove short lived. “The timing and execution of Marciano Art Foundation’s announcement makes clear that it was a deliberate act of retaliation for our staff’s unionising efforts,” says Said Raul Arzate, a former visitor services associate, in a statement. “This is a gross obstruction of workers’ rights and a complete disregard for our livelihoods. We will not be intimidated into silence.”

Marciano Art Foundation employees were encouraged to unionise following similar efforts at institutions across the US this year — including at the Guggenheim Museum, the New Museum, the Tenement Museum, and the Frye Art Museum in Seattle.

The National Labor Relations Board forbids employers from interfering with the right to organise. Petzold said that the employees would regroup and plot their next steps.