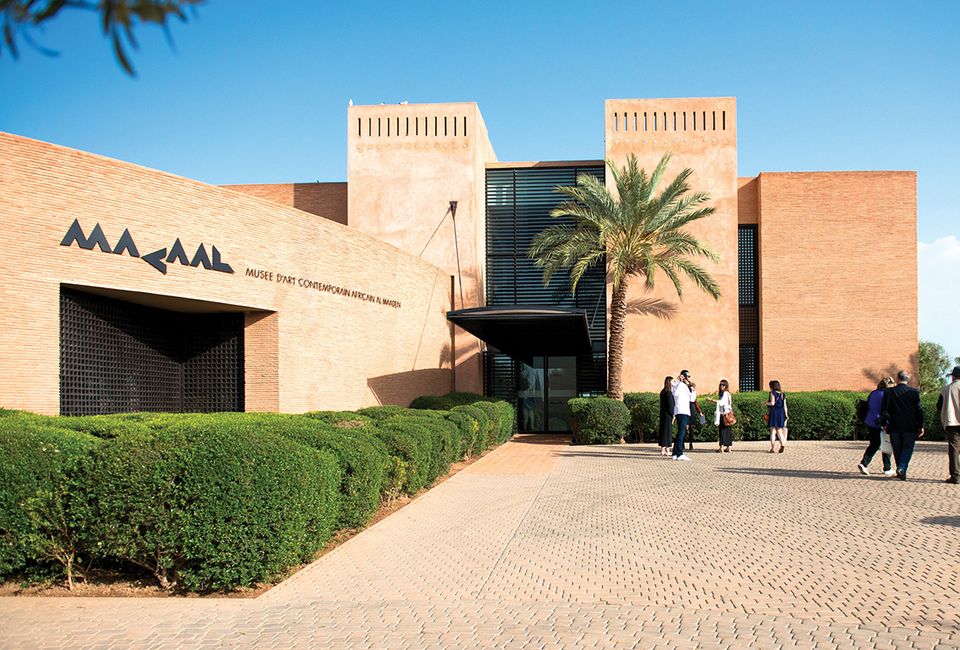 Macaal has welcomed more than 5,000 visitors since November 2016 Simo Drissi

The private museum, located on the outskirts of Marrakech, opened in November 2016 during the United Nations climate change conference (COP22). Since this “local launch”, it has welcomed more than 5,000 visitors. The fledgling institution now hopes to boost its popularity with free admission throughout February and the added exposure of the fair.

Macaal is funded by Othman Lazraq and his father, Alami, named by Forbes as one of the wealthiest men in Africa, who together run the property development firm Groupe Alliances, Morocco’s largest builder of hotels. The museum is part of the company’s charitable foundation, Fondation Alliances, and houses the Lazraqs’ 2,000-strong collection of Modern and contemporary African art.

Amassed by Alami over 40 years, the collection initially focussed on Moroccan artists but has in the past decade expanded to include art from the rest of the continent. The shift is in sync with the property developer’s business activities, Othman says. “Our company directs projects in Cameroon and the Ivory Coast, and has links with Senegal and other African countries, so naturally our passion looks towards a wider Africa.” 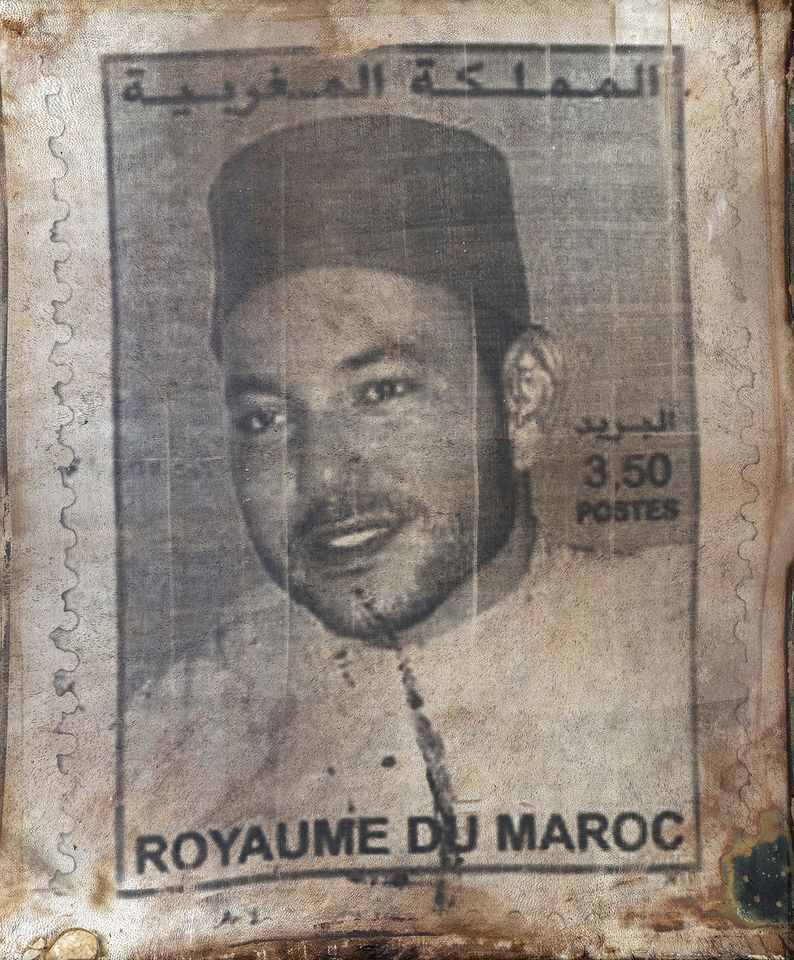 Both Macaal and 1-54 had planned to partner with the Marrakech Biennale, but the seventh edition, which was also due to open this month, was cancelled last year due to a lack of funds. Pending the revival of the biennial in 2020, 1-54 will “step in culturally” this year, according to its founding director, Touria El Glaoui. Othman agrees: “As an international fair, they bring a different crowd to town and they are all interested in African art, which is exactly our subject,” he says.

Macaal is using the moment to open two new exhibitions. A group photography show, Africa Is No Island (24 February-24 August), organised by curators from the Paris-based African photography association Afrique in Visu, will bring together works by around 40 artists from the continent and its diaspora. A selection will come from Fondation Alliances’ permanent collection. There will also be a long-term display of the foundation’s holdings, with works by the Malagasy Joël Andrianomearisoa, the Ghanaian Serge Attukwei Clottey and the Malian Abdoulaye Konaté, as well as by artists from the Maghreb region of North Africa, including Farid Belkahia (Morocco) and Meriem Bouderbala (Tunisia).

While Macaal’s 900 sq. m exhibition space cannot compete with the 6,000 sq. m at Zeitz Mocaa, Othman Lazraq insists that they share the same mission to promote art from Africa and its diaspora. “Zeitz Mocaa is a lighthouse in Africa; it’s important that museums today can compare themselves to a leader,” he says. Mark Coetzee, the Zeitz’s executive director and chief curator, will attend Macaal’s relaunch. Othman Lazraq hopes that the two museums will collaborate and pave the way for a wider network of African art institutions. “I’m sure that with the opening of Zeitz Mocaa we will have more initiatives like this on the continent,” he says. “We need 100 more like them.” 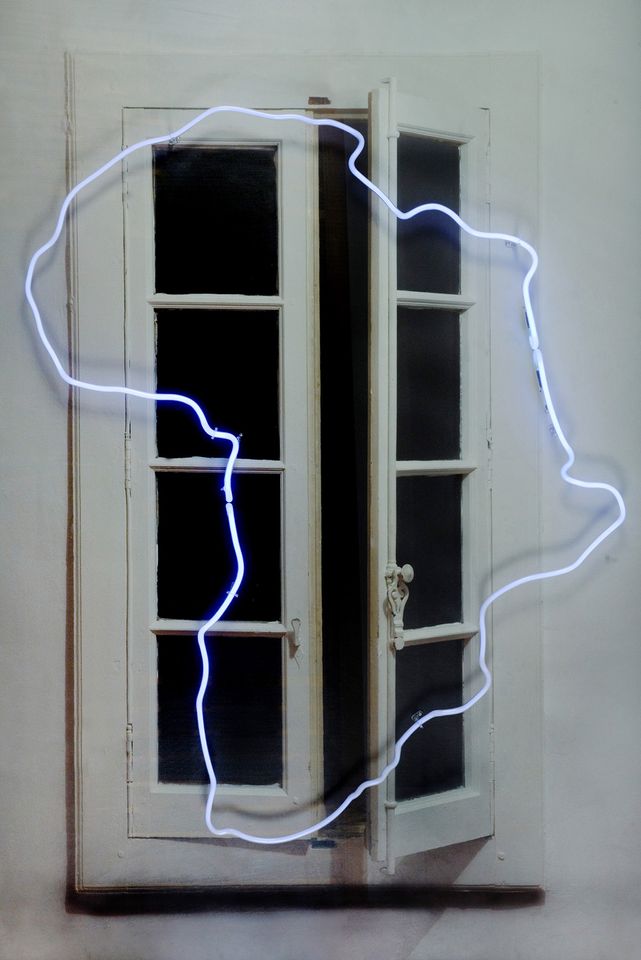 I strategically placed this work at the staircase of Macaal, so it is one of the first pieces one sees when they enter the museum. It’s a symbolic work, representing a window to Africa. I want Macaal to be an emblematic window to the African art world. The museum is also located in Marrakech, which is the door to the continent, so this work is quite symbolic of us and our mission in a way. I like Mohamed’s conceptual approach as well because so much can be inferred about each work. 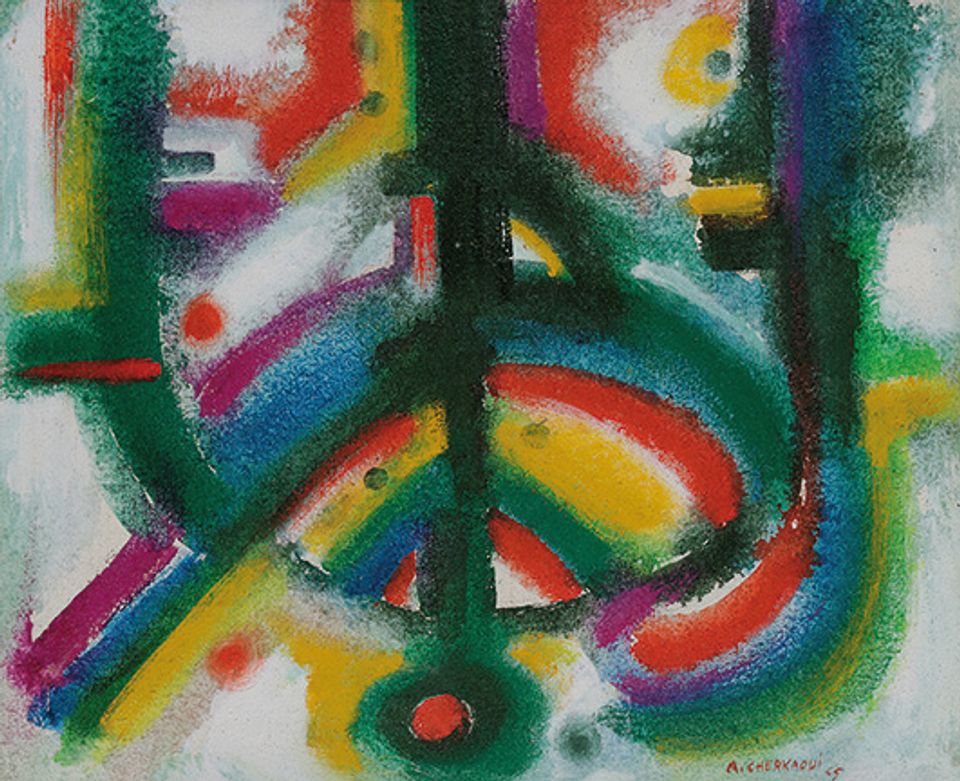 Ahmed is one of the precursors of Modern art in Morocco. His work is particularly important because it is a source of inspiration for many other artists and his work completes the Macaal collection. Every time I see this particular piece, I am blown away by the choice of colours, full of life and emotions. 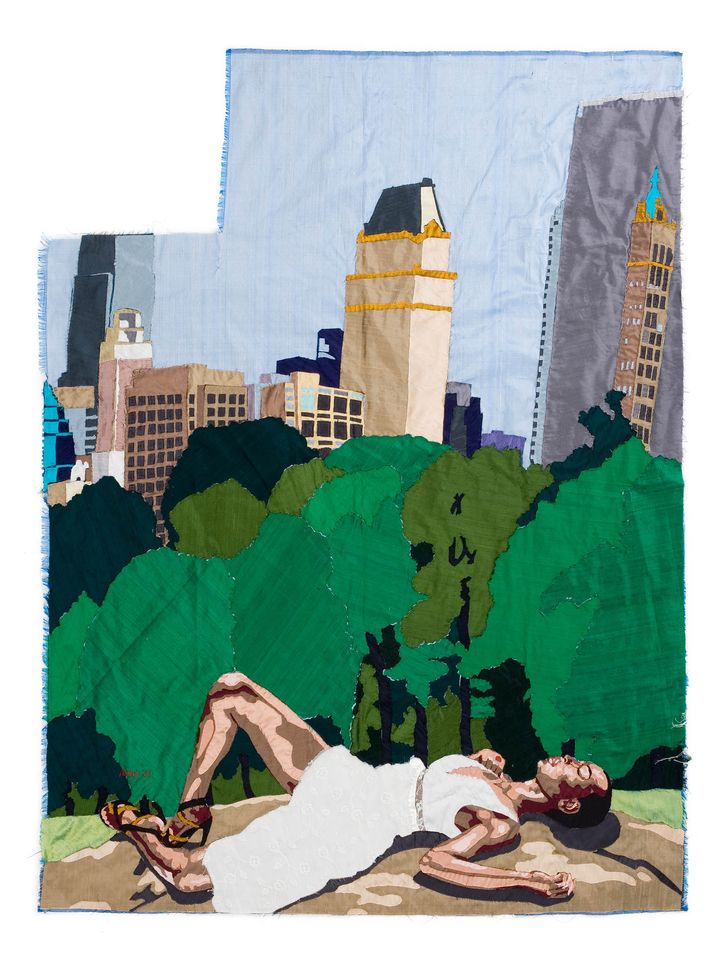 This is a special work for me—it is currently hanging behind the desk in my office. I first collected Billie's work several years ago from Andre Magnin. I love the way she uses recycled silk as the main medium of her work. The work is also personal to me—it’s a self-portrait scene of the artist in New York’s central park, a city that I love and lived in for several years.