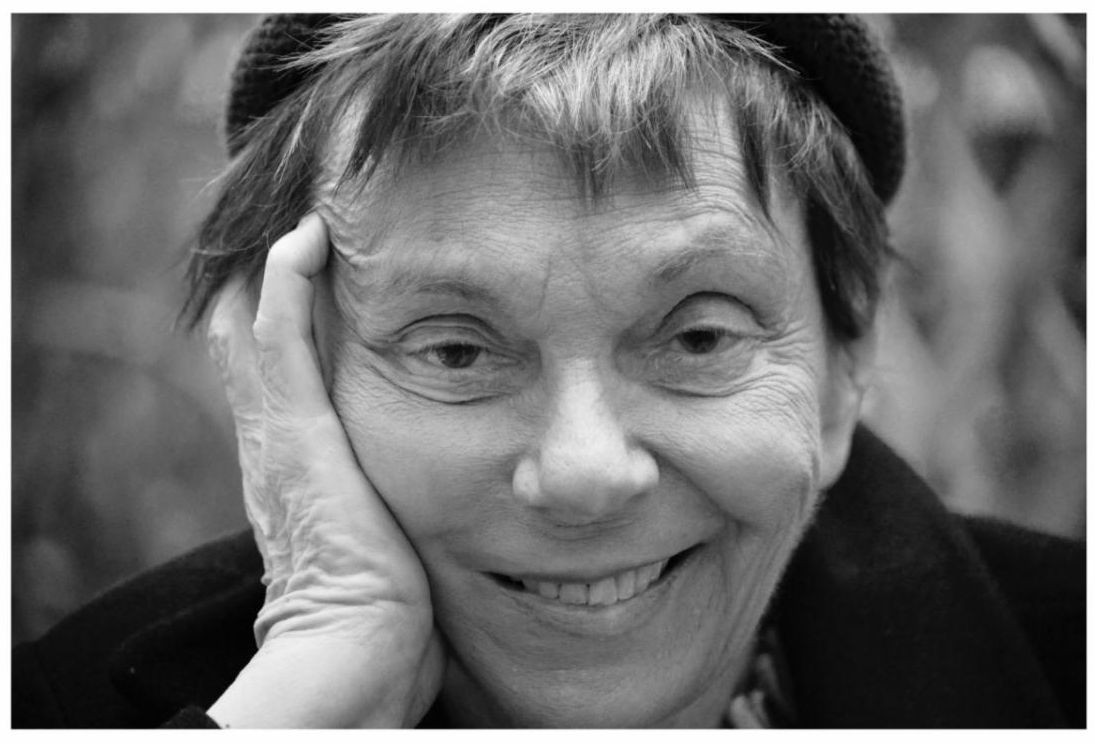 Mary Beth Edelson, a pioneer in the feminist art movement, died on 20 April 2021. She was 88. “She was a wonderful colleague, a wonderful artist. It’s sad to see my generation biting the dust,” says the writer and curator Lucy Lippard, who was part of the Heresies Collective with Edelson. “She was a true activist and did some memorable things for feminist art.”

Born in East Chicago, Indiana in 1933, Edelson started taking art classes at the Art Institute of Chicago when she was 13. She attended DePauw University in Indiana as an undergraduate and received her graduate degree from New York University. In 1993, decades after removing two of Edelson’s works from a student show because they were not “pretty,” DePauw awarded Edelson with an Honorary Doctorate.

In 1976, Edelson helped found a collective of women artists which published the influential journal Heresies: A Feminist Publication on Art and Politics, until 1993. Along with Lippard, the group included the artists Joan Braderman, Harmony Hammond, Joyce Kozloff, Mary Miss, Miriam Schapiro, May Stevens, among others 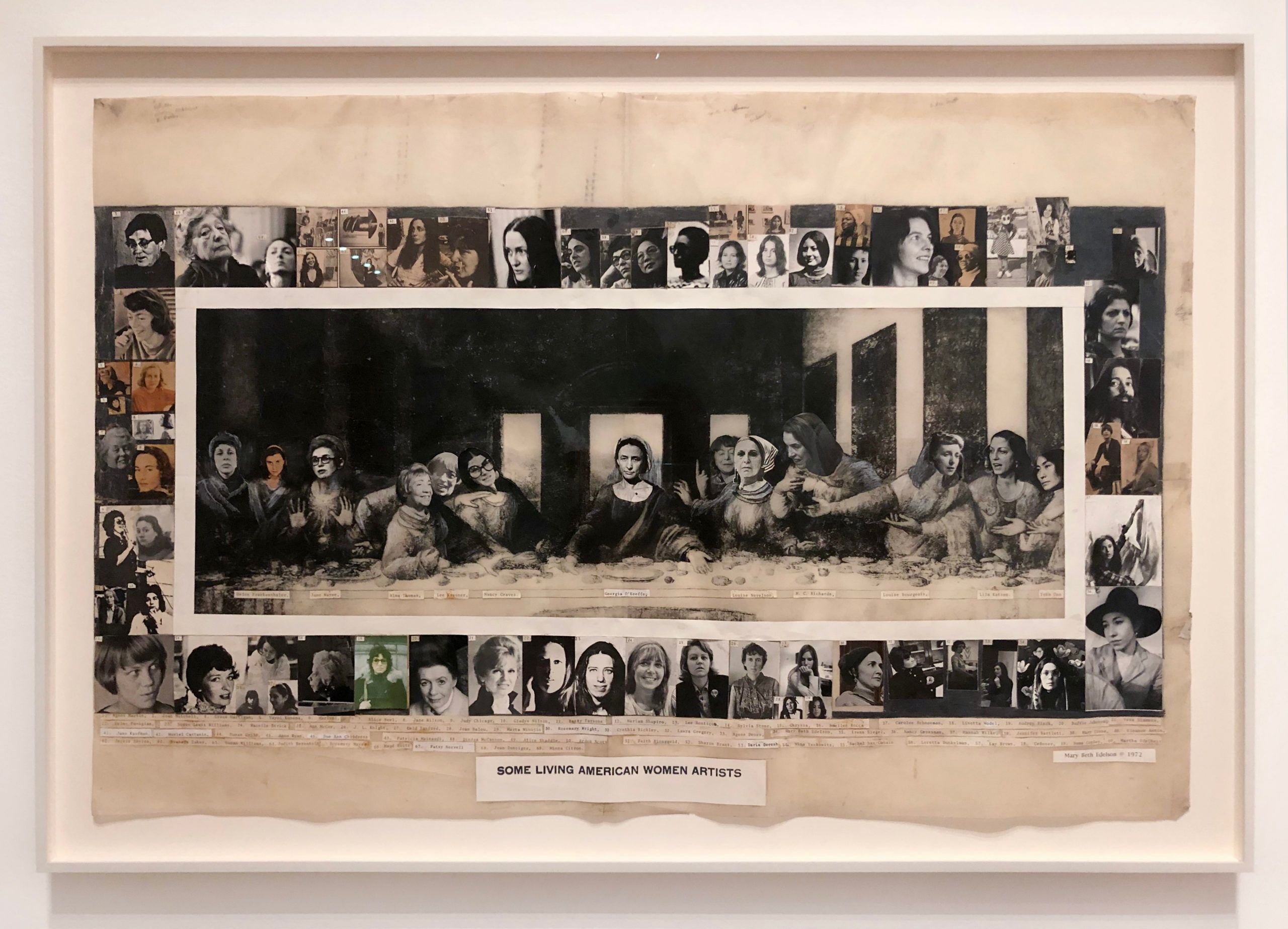 Among the important works Edelson created is the iconic poster Some Living American Women Artists/Last Supper (1972), in which she replaced Christ and his disciples from Leonardo da Vinci’s Last Supper with the faces of women artists cut and pasted from gelatin silver prints, with Georgia O’Keeffe taking Jesus’s spot at the table. The poster mockup is now in the collection of the Museum of Modern Art in New York. In this piece, Edelson was not just taking on the male dominated art world, she was taking a crack at male-centric religion.

The theme of the goddess in fact preoccupied Edelson throughout her career. In 1976, she joined A.I.R. Gallery, the first not-for-profit space devoted to women artists in the US, and the following year presented an exhibition on the “Great Goddess”. During this time, Edelson also held events at her loft on Mercer Street and created a community that explored symbols, rituals, and the history of ancient Goddesses. Her last exhibition Shape Shifter, at David Lewis Gallery in New York in 2019, consisted of 18 huge painted plywood cutouts referencing goddesses that she had first made (and last exhibited) in the mid-1970s.

“She was fearless,” says Joyce Kozloff, adding that she remembers going over to Edelson’s art-filled loft for meetings and that the sign over the entrance to her space read: She Has Risen. 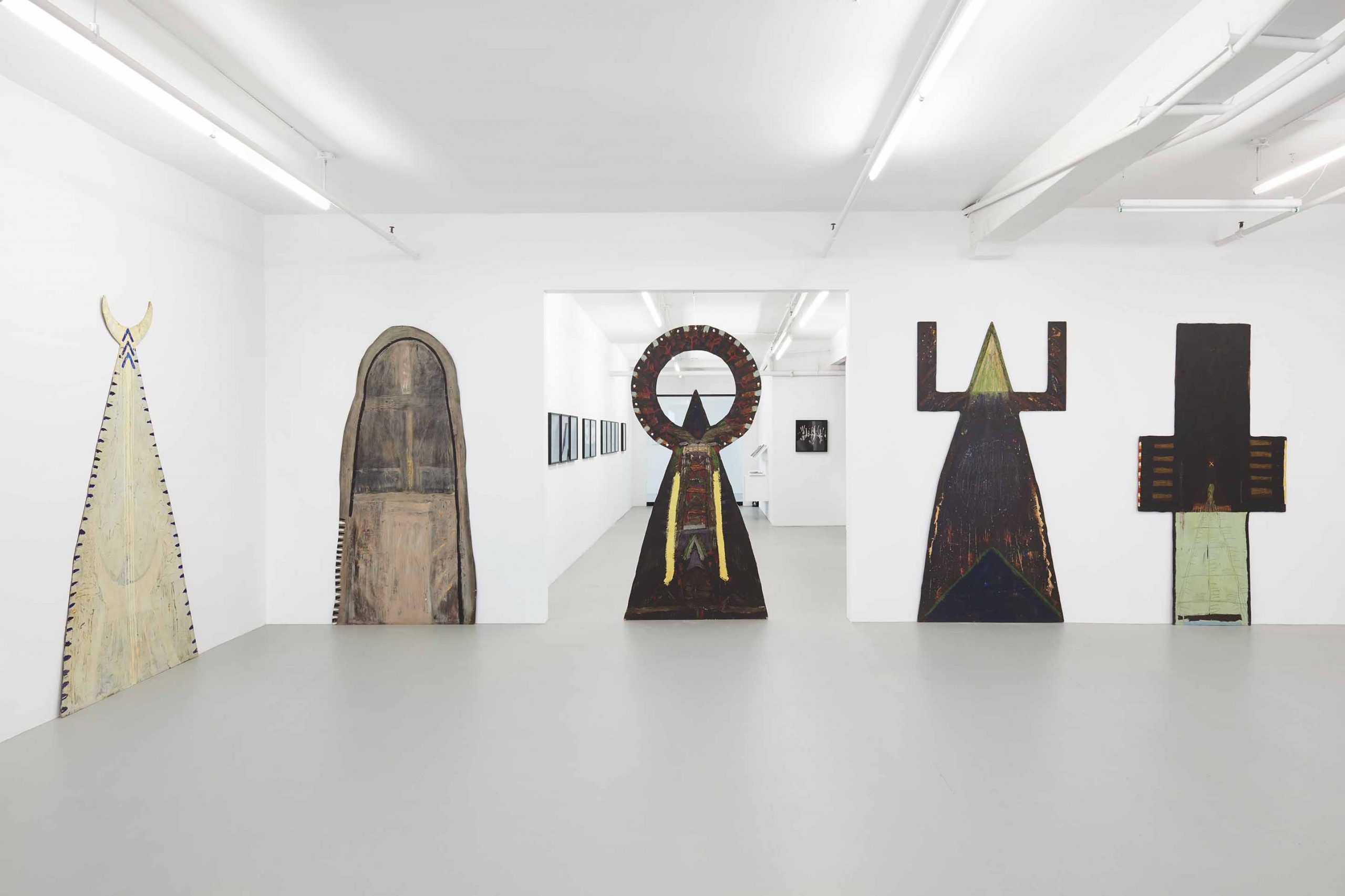 Edelson spearheaded the Goddess issue of Heresies which, as Kozloff recalls, did not interest the majority of the members who were more political than spiritual. “That was the first and maybe the only issue to sell out,” Kozloff says. “That and the sex issue.”

Activism was also a major part of Edelson’s art practice. From her works on paper to her performance, she asserted women’s place in the arts and challenged oppressive structures and opposed injustice. This started with Woman Rising in the early 1970s, her series of nude self-portraits in nature, and subsequent ritual performances that celebrated women’s spirituality, and continued through her 1994 project Combat Zone: Campaign Hq. Against Domestic Violence, supported by Creative Time, which was set up to fight all forms of domestic abuse and offered—besides Edelson's art—workshops on self-defense and counselling sessions. 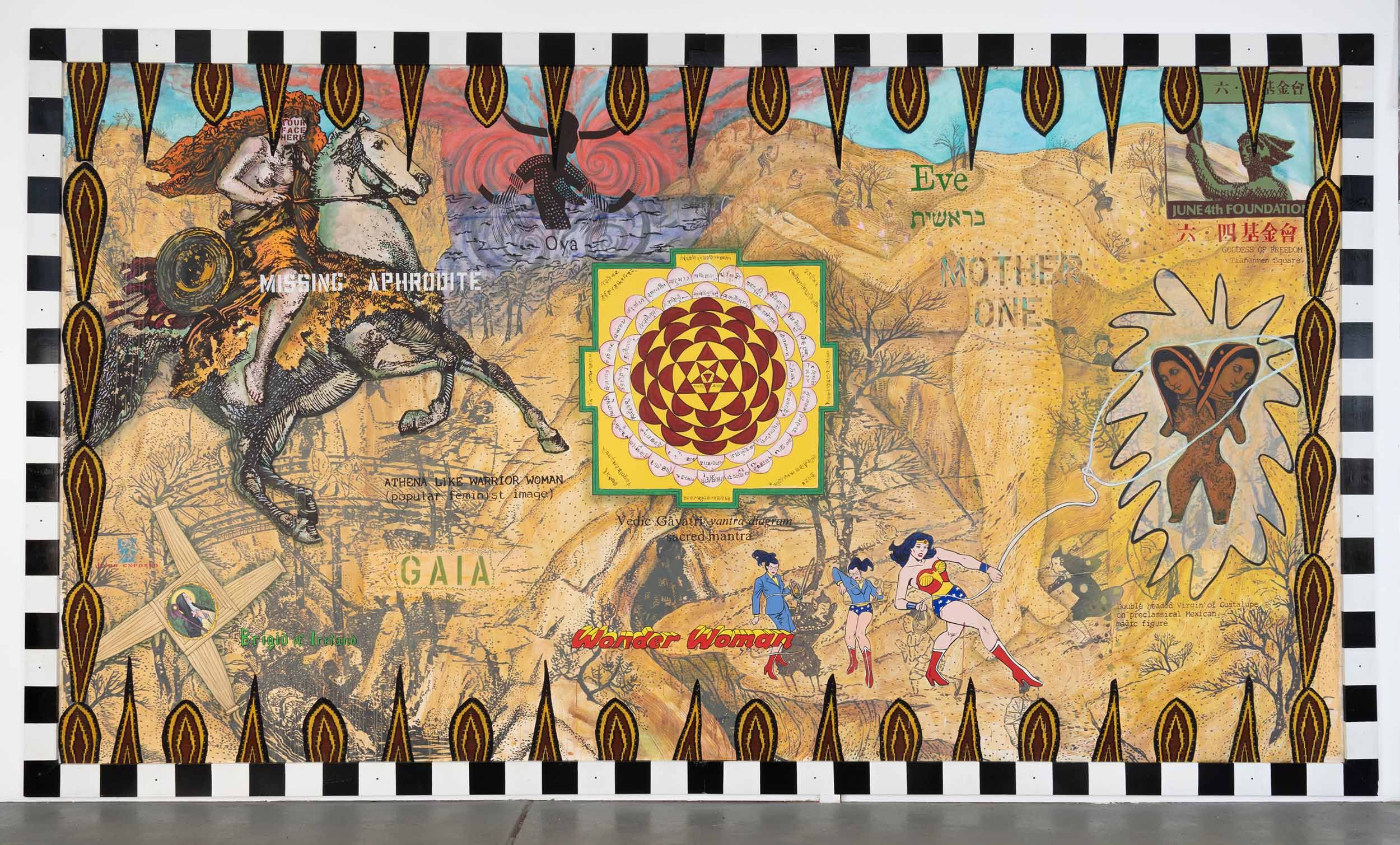 Edelson exhibited widely over the years in Europe and was actively working up to the last few years of her life. In 2016, she was included in Greater New York, MoMA PS1's survey show that takes place every five years.

Edelson is survived by her children Lynn Switzman (née Strauss), Nicholas Edelson and wife Berit, and her grandchildren Benjamin and Liza Switzman, and Oscar Edelson.